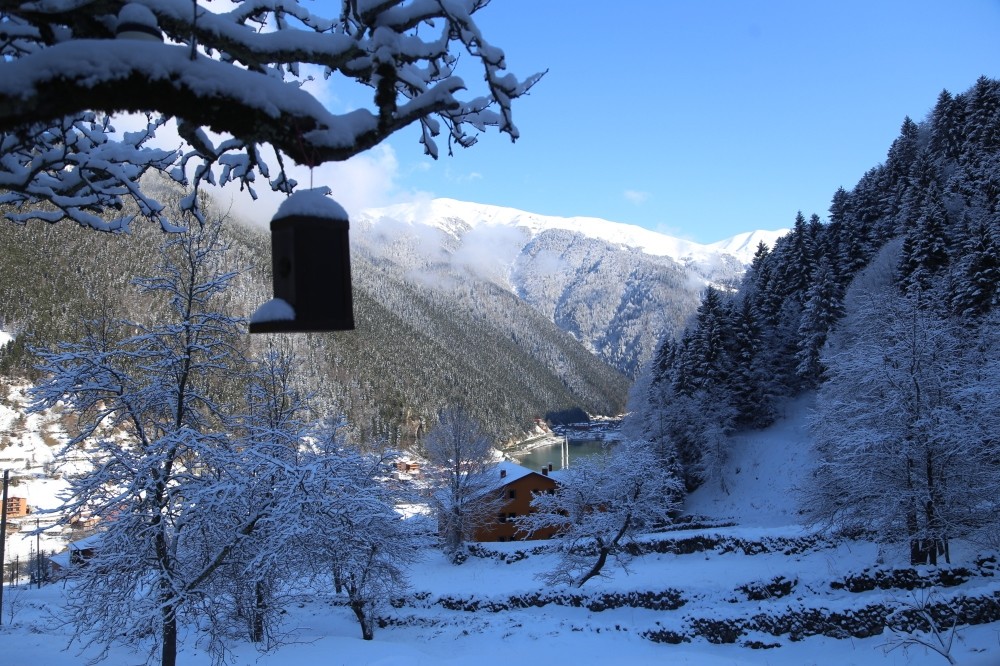 Turkey's highlands, covered in winter frost and fog, offer a spectacular landscape and despite the periodic snow in parts of Anatolia, the mild climate makes traveling easy, even in higher altitudes.

Known for its greenery, clean air and unique cuisine, Turkey's Black Sea region is a must-see in the winter.

As one of the most frequented destinations in the region, Rize offers incredible sights and unforgettable dishes, including the traditional appetizer mıhlama, a fondue-like local dish popular with locals and tourists alike.

Rize has become a favorite for Arab tourists, mostly from the rich Gulf countries of Saudi Arabia, Qatar, the United Arab Emirates (UAE) and Kuwait.

The city, which continuously increases its tourism potential and welcomed 800,000 local and foreign visitors last year, aims to host 1 million tourists this year.

İsmail Hocaoğlu, the provincial director of culture and tourism, told Anadolu Agency (AA) that tourist numbers have increased steadily over the last 10 years.

"Two more five-star hotels, which will have a 500-bed capacity, will open this year. With these new facilities, we will reach approximately 1,000 beds. Our goal is to host approximately 1 million visitors in 2018," Hocaoğlu said.

"In recent years, visitors from Gulf countries have shown an interest in our city. Foreign visitors come from mostly Saudi Arabia, Qatar, the UAE, Kuwait and Iran."

"We also get a significant number of tourists from our neighbor countries Georgia and Azerbaijan," he said.

Hocaoğlu believes the new Rize-Artvin Airport will further increase the number of Arab visitors once complete. Construction of the airport, which will serve both Rize and neighboring Artvin province, started last April.

With its famous Lake Uzungöl and Sümela Monastery, recently reopened after extensive restoration, Trabzon is another fantastic Black Sea city in winter.

Located in the Maçka district of Trabzon, the Sümela Monastery is a site of historical and cultural significance, as well as a major tourist attraction included in UNESCO's temporary list of World Heritage sites.

Built on a steep cliff at 1,200 meters in Altındere National Park, the Sümela Monastery reopened for religious use on Aug. 15, 2010 with the permission of the Ministry of Culture and Tourism, following an 88-year hiatus.

Nearby, Lake Uzungöl, located in a valley between the mountains in Çaykara district, has become another attraction. Along with its natural beauty, tourists also have the chance to try many activities, including paragliding, trekking and cycling.

Ali Ayvazoğlu, the provincial head of the Culture and Tourism Ministry, explained that over 2 million locals and foreign tourists visited Trabzon in 2017.

"Development continues to increase the bed capacity parallel to the increase in the number of tourists," Ayvazoğu said, adding there have been investments in new accommodations.

"With the completion of the investments, Trabzon will continue to be a shining star and will be even more prominent in the tourism arena," he added.