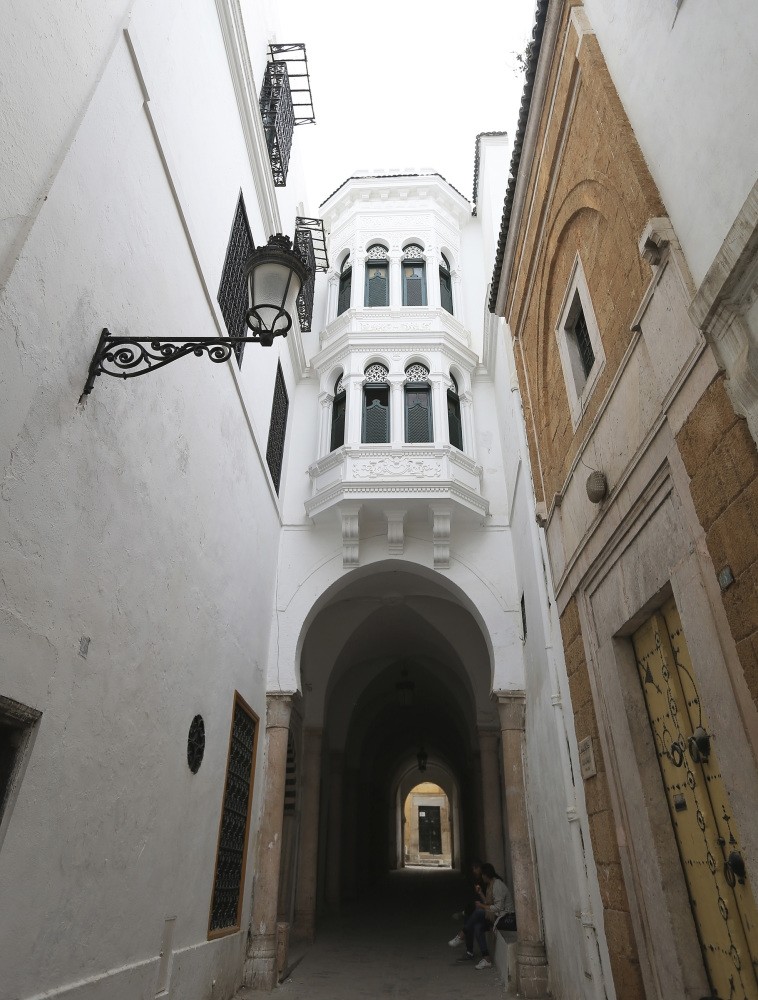 Sabbaths are architectural structures that feature chambers above porticos that protect the streets from rain and sun, turning them into closed roads.
by Anadolu Agency Apr 12, 2018 12:00 am

Historical mansions, which have been the subject of legends, where gentlemen resided and assemblies of literature and culture were established, sabbaths invite one into a history where dreams and reality are intertwined

When you walk the oldest streets in Tunisia, known in Tunisia as Al Medina al-Quadima, you will come across small chambers above porticos that combine the sides of narrow streets.

The word "sabbath," which Tunisians have borrowed from Andalucia, means chambers above porticos that protect the streets from rain and sun, turning them into closed roads.

Those who pass from underneath these sabbaths, which appeal to all those visiting the city, find themselves between reality and a dream. While some of the chambers still host legends, which are still fresh among citizens, others are turned into locations where various historical events have taken place and have passed from generation to generation. 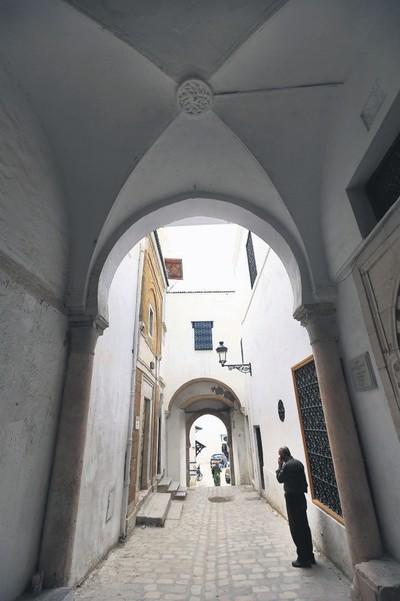 While not all of these chambers derived from an ancient architectural culture have been named, some of the names given by the citizens are still fresh in memory.

Gentlemen's Sabbath, Beauty's Sabbath, Seven Sleeper's Sabbath, Bride's Sabbath, Dark Sabbath and Cross Roads' Sabbath are some of the most well-known chambers on the narrow streets of Tunisia around Zeytune Mosque.

Known for his research on the cultural life of Tunisia, Abdusettar Amamu told the stories of sabbaths to Anadolu Agency (AA). He noted that chambers, which combine buildings on two sides of the street, were called sabbath and were mainly built for adding another chamber to the house and in order to determine which house the sabbaths belong to, one had to look at the house opposite of the marble columns the chambers rest on.

There are about thousand sabbaths in Tunisia and none of them were built sloppily, and in order to build a sabbath, government permission was required during Ottoman times. Additional taxes were paid for building sabbaths and therefore, they mostly belong to wealthy and large families as they were the only ones who could receive permission.

According to the researcher Amamu, Sabbaths in Tunisia date back to 1228. However, they were largely damaged during the Ottoman-Spanish wars in Tunisia and renewed during the era known as Huseynis (1705-1957).

The researcher and author says the sabbaths in the city of Naft on the southwest of the country cover the streets from end to end and have mostly welcomed committees of literature and culture.

Underlining the love of Tunisians to Ehli Beyt, namely the family of Prophet Muhammed in Tunisia, Amamu noted that those leaving Zeytune Mosque used top ray under the Beauty's Sabbath, which was thought to belong to a family member of Prophet Muhammad.

It was also rumored that the Seven Sleeper's Sabbath belonged to the grandchildren of Prophet Osman and saints from the Bekriye Monastery used to visit this sabbath. Amamu stated that the urban legends about the sabbaths were very rich all around the country and in some of these legends, reality and dreams are intertwined. The story of the Bride's Sabbath tells that a bride went missing when a bride's carriage was passing by and after this rumor spread, the location became mysterious and even today, people look at it and shiver and believe it to be haunted.

"It is certain that a bride who was being forced into marriage ran away from the carriage, yet, her family made up this story in order not to be disgrace themselves," said Amamu.

The Dark Sabbath is known as the location of political dismissals and bloody assassinations at the time of the first president of Tunisia, Habib Burgiba. In order to avoid history repeating itself, people prefer not to pass by the place at night.

The Crossroads Sabbath is one of the most famous chambers above the porticos in the city.

The sabbaths, which add wealth and richness to the architectural culture of Tunisia, are frequently renovated so they can be passed on to the next generations.