Travel back to Ice Age through Mediterranean cave 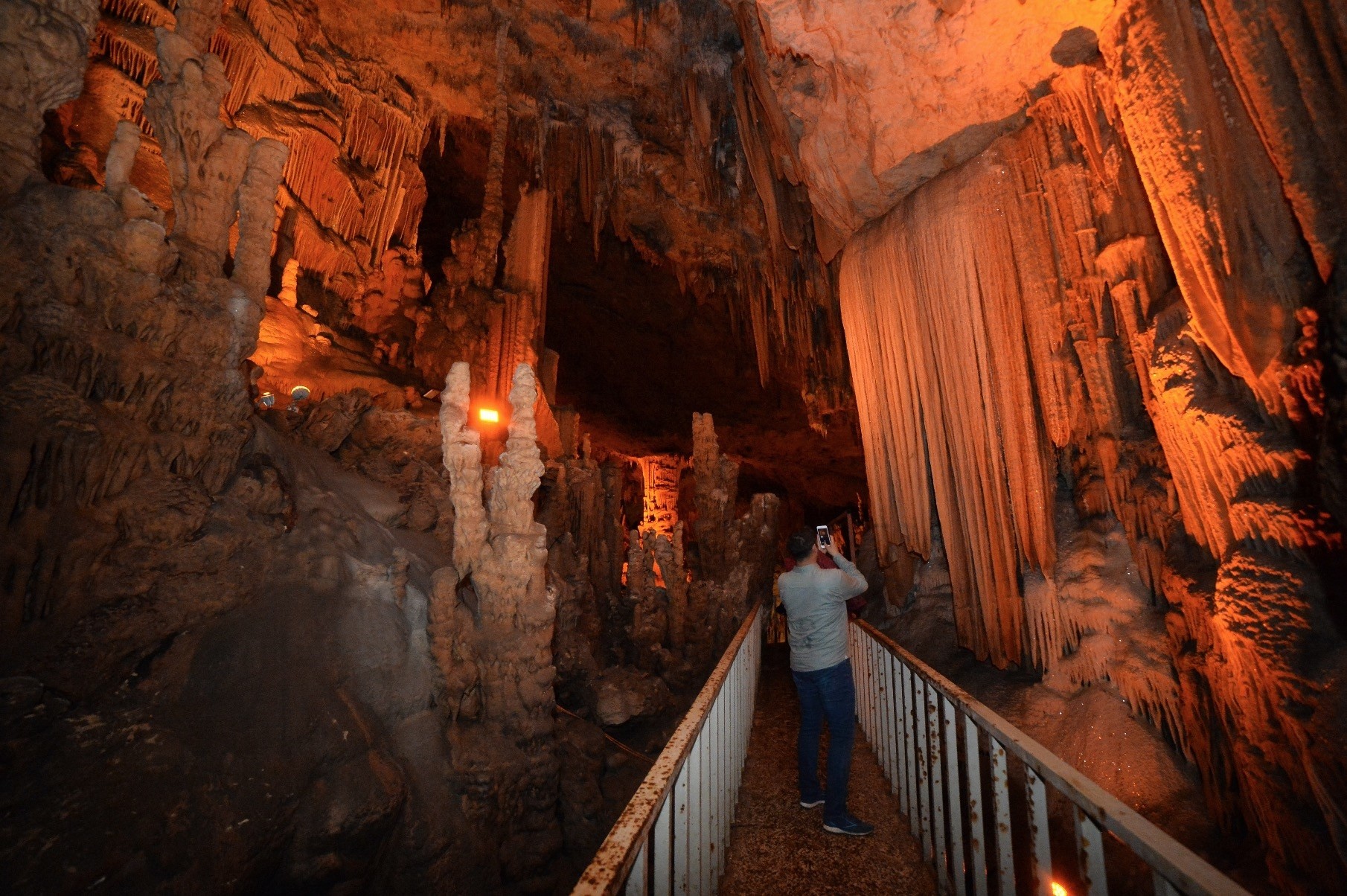 The time machine that will carry people to another time zone has not yet been invented, yet visitors to Gilindire Cave can take a trip to the Ice Age.

The incredible Gilindire Cave was discovered by chance thanks to the curiosity of a shepherd in Mersin. In 1999, a shepherd from Mersin followed a hedgehog to a cave that he had never seen before. Mesmerized by what he saw, the shepherd notified the local authorities, and the site was taken under protection for further study.

After an investigation carried out by the experts, the cave, which was found to have been formed during the last Ice Age, plays an important role in understanding climate changes during the period. It is also discovered that stalactites and dickites in the cave were preserved as they were submerged under the water.

The Gilindire Cave is accessible by a stairs with 560 steps. It is located on a hill that is 45 meters high. It is 555 meters in width and 46 meters in depth.

Visitors are able to see the rock formations that occurred in the Ice Age, travertines and many rooms.

As visitors move into the heart of the cave, a lake welcomes them that is minus 47 degrees.

Gilindire Cave is the only place that bears the signs of late Ice Age in Eastern Europe, the Middle East and the Balkans.

Those who want to take a look at the cave and travel back to the time of the mammoths can follow the main road from Mersin to Antalya.