Kazan: The descendants of Genghis Khan ready to shine 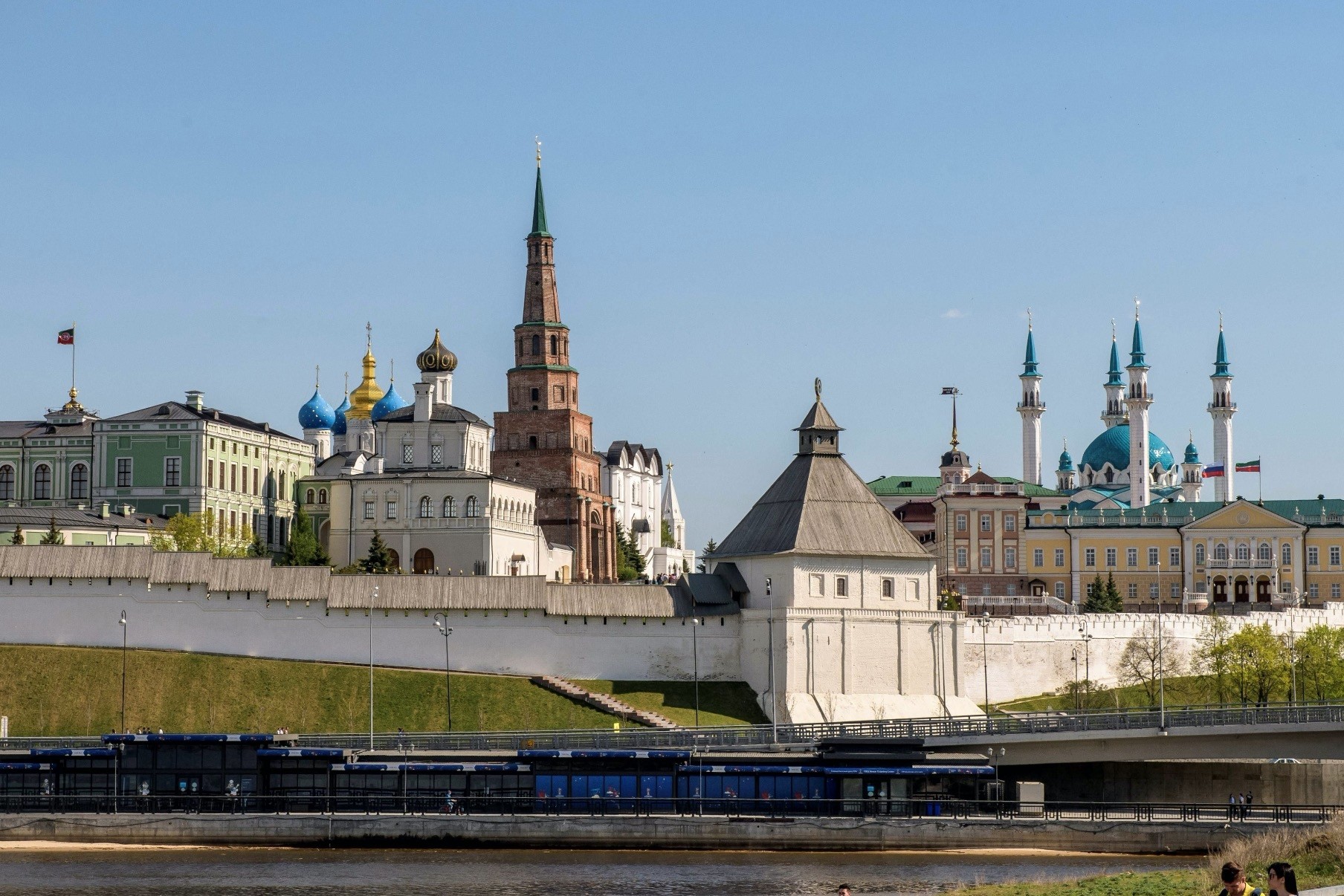 Kazan, the capital city of Tatarstan, is the Istanbul of the Volga, where Europe and Asia come together, and this beautiful city is ready to open its doors to the world

The star of Kazan, the capital of the Republic of Tatarstan, a semiautonomous region in the Russian Federation, shines brighter every day. It has hosted many national and international events in recent years and made significant progress in development.

Such events and tourist groups have made significant contribution to the city's development.

Rich natural resources
​
Tatarstan, one of the 21 republics that make up the Russian Federation, is about 68,000 square kilometers. Some 3.8 million people live in the autonomous republic, which ranks 8th among the federal units. Tatars constitute more than 53 percent of the population, followed by Russians with 39.7 percent, other nations with 4 percent and the Chuvash with 3.1 percent.

Located north of the Volga and the intersection between the Kama and Volga rivers, the Republic of Tatarstan lies between the autonomous provinces of Chuvashia, Mari El, Udmurtia, Bashkortostan, and the cities of Ulyanovsk, Kirov, Orenburg and Samara (Kuybyshev).

Tatarstan, which produces 32 million tons of oil a year, has rich natural resources.

The Tatars, who have lived in the basin of the Volga River for over a thousand years, once dominated Central Asia.

Among the earliest of the Muslim Turkic peoples, Tatars are said to have accepted Islam in 922.

Kazan Tatars are descendants of Volga-Kama Bulgarians and Kipchak Turks who came from Central Asia in the 13th century.

Tatarstan has a privileged position in the Russian Federation, though it has lost some of its privileges over time.

In Kazan you can look at the sky and dive into dreams. With nearby rivers and streams, as well as green and historical sites, it offers insatiable images. Straight roads, parks filled with sports enthusiasts at the crack of dawn and head-turning beauty fascinate visitors.

Kazan is ideal for traveling by foot. It is possible to reach the farthest point in a half hour in the city center where there is no traffic. Take a stress-free, calm walk on the streets. Early in the day, parks are filled with sports enthusiasts, cyclists and those walking their dogs. Water dance shows are held at night in the big parks. 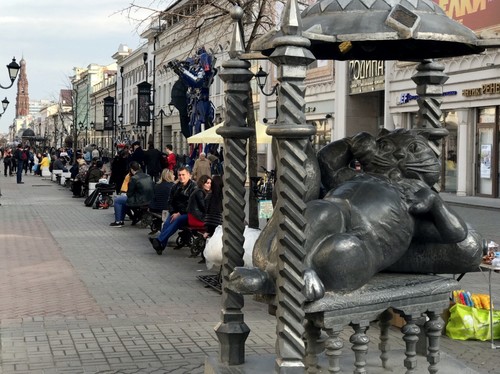 Famous Bauman Street
​
The capital's famous Bauman Street can be described as the heart of Kazan. Along the street are cafes, restaurants and shops. Street performers, artists and demonstrators turn the street into a festival area: Street artists perform; voices and musical instruments can be heard at every step along the street similar to those along İstiklal Ave., while painters, illusionists, mimes and sportsmen make money exhibiting their talents.

Watch the sunset from the Kazan Kremlin Palace, built on a high hill that can be seen from almost every corner of the city, experience all kinds of contrasts and colors - entertainment, art, business life and shows, while dancing clouds and the river create exquisite scenes. 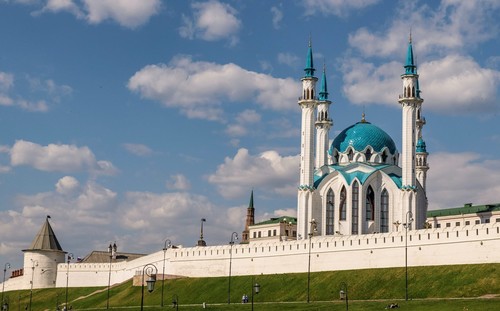 ​
Historic buildings around the river are as impressive as those in the center. One of the most important structures is the Kul Sharif Mosque in the Kremlin Palace.

Named after Kul Sharif, the imam of the Kazan Khanate and a great statesman who lost his life while defending the Khanate during the attack of Ivan on Kazan, the mosque is symbolizes the rebirth of Islam and the state in the country.

The mosque, originally built in the 16th century and completed in 2005 in its current state, is on two platforms: The upper is used for religious ceremonies, while the lower is used as a museum.

The mosque greets people on all sides with its minarets seen from all parts of the city. The mosque is dazzling with its unique architecture and decorations. The tulip symbol, expressing rebirth and development, is frequently used.

On the edges of the main section of the mosque, there are four main minarets fifty meters high, as well as two small, decorative minarets. The dome is in the shape of the crown of the Kazan Khan.

Although it is seen in Ottoman and European Gothic architecture style, the Kul Sharif Mosque carries its own architectural characteristics. With its blue dome and snow-white feature, it is among the landmarks of the city. 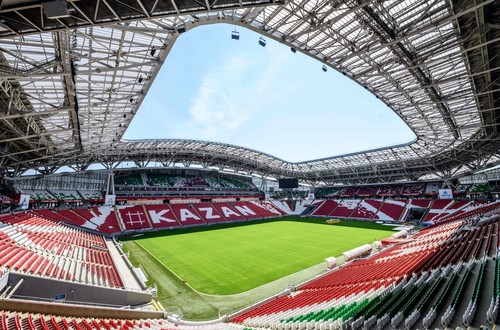 Kazan is one of the host cities for 2018 World Cup matches. Rubin Kazan's national football stadium has a lotus flower-like architecture and a capacity of 45,105.

The match between France and Australia will be played at the Kazan Arena stadium. The stadium will also host several World Cup matches, including one quarterfinal match.