Giresun Island: Welcome to the land of myths and history 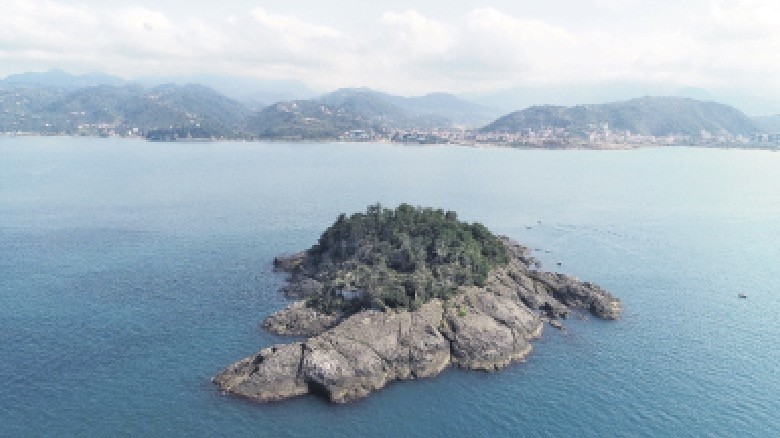 Giresun Island, the only island with human settlement in the East Black Sea, attracts a lot of visitors thanks to its historical remains and mythological stories.

The island is home to the mythical Amazons, a tribe of warrior women. It is also mentioned in the myth of Hercules and the search for the Golden Fleece. Now local tour organizers hold special shows that take visitors on a journey back in time. They include the stories of Amazons, Hercules, the meeting of the Argonauts and the Saka people. Tourists can also visit the archaeological sites and historical remains on the island, including Byzantine graves and city walls as well as ruins of a monastery and chapels.

Giresun Governor Harun Sarıfakıoğulları told Anadolu Agency (AA) that the city has a historical past predating even the Christian era. He noted that it was their duty to promote the city's tourism sector, protect its historical sites and values. The mayor added that Giresun Island was one of the city's most popular tourist attractions. He said that more and more local and foreign tourists are coming to visit the island every year. "The island is also located on a bird migration route, making it a temporary home for various bird species," Sarıfakıoğulları said.

Talking about the island's mythological past, the governor said: "Local tour organizers host special shows on mythical figures, like Hercules and Amazons, for the visitors. There are also some archaeological excavations going on. The work will continue this year. We invite everyone who wants to be in touch with ancient history to visit Giresun Island."

Ercan Büyükbaş, who traveled from France to visit the island, said he was greatly impressed. "We saw the island and we were impressed. It is beautiful. Its history has been revived with the impersonations of Amazons and Hercules. We took photos with the performers at these shows. Our children had a great time, as well. I would recommend Giresun Island to everyone.

The story of the Golden Fleece

In Greek mythology, the Golden Fleece is the fleece of the gold-haired winged ram, which was held in Colchis. The fleece is a symbol of authority and kingship. It was the object of desire for Jason, who organized an expedition with the Argonauts in order to retrieve it. The myth has it that Athamas, king of the city of Orchomenos, married the goddess Nephele, with whom he had two children, Phrixus and Helle.

Later, he took Ino as his second wife, who hated her stepchildren and plotted to kill them. She would have succeeded, but at the last second, Nephele sent a flying golden ram to save her children from their stepmother. She then told her children not to look down while the ram was flying. However, Helle looked down, felt dizzy and fell into the part of the sea that took her name, Hellespont. The ram and Phrixus eventually reached Colchis, where the boy was warmly welcomed by the king, Aeetes. Phrixus gave the golden fleece of the ram as a gift to the king, grateful for his hospitality. Aeetes placed the Golden Fleece in a garden which was guarded by a never sleeping dragon. Jason later arrived in Colchis, and after successfully completing the three tasks that Aeetes had given to him, he retrieved the Golden Fleece.