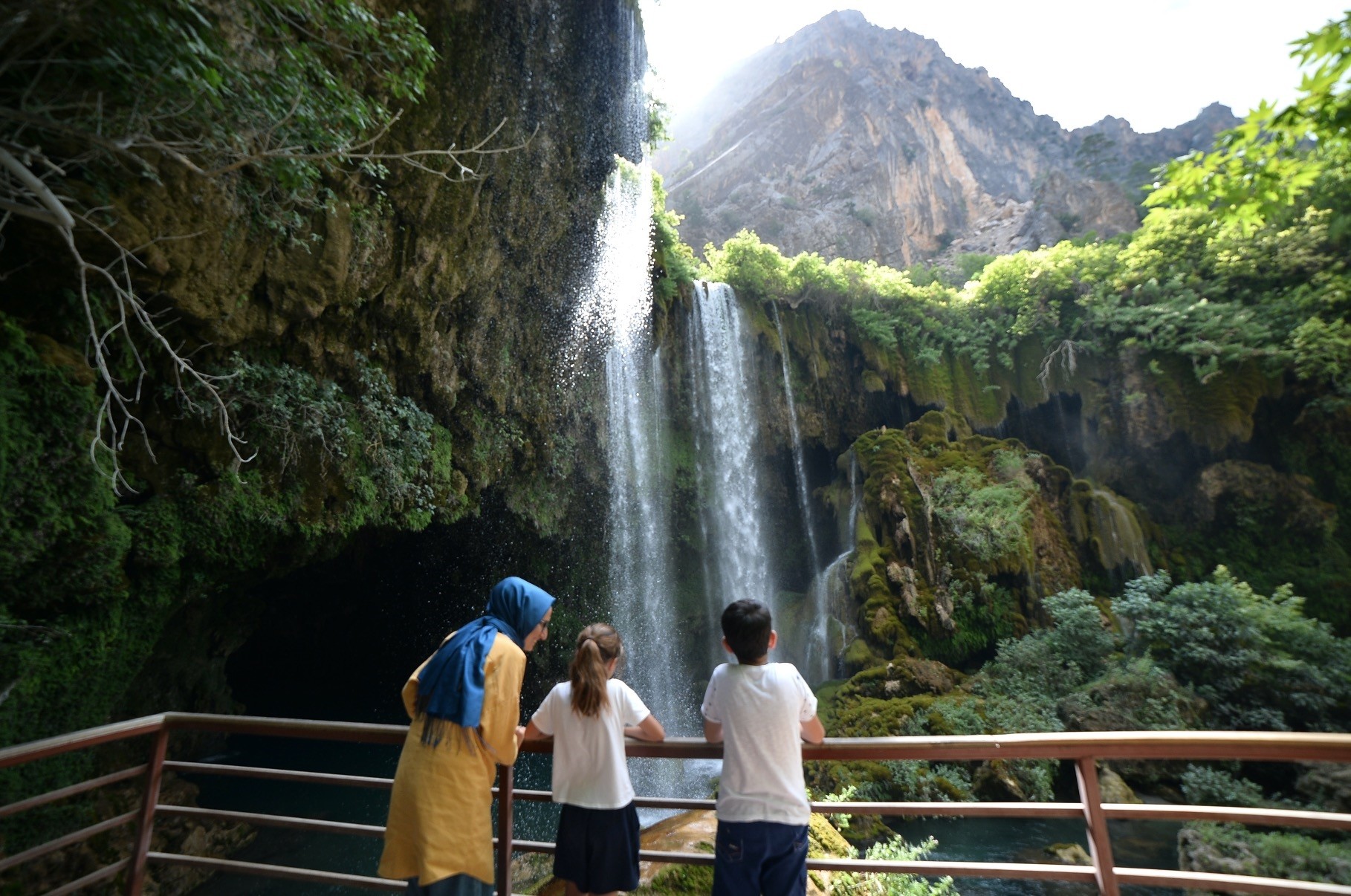 The Yerköprü Waterfall in the Mut district of southern Turkey's Mersin offers a visual treat for tourists from all over the world.

The waterfall, located some 35 kilometers away from Mut district center, was designated a natural monument by Turkey's General Directorate of Nature Conservation and National Parks in 2001.

The waterfall is said to have been formed as a result of erosion caused by a stream called Ermenek, which feeds the river Göksu.

The water falls from a height of 30 meters, into a 300-meter-long and 15-meter-deep turquoise lake.

There are two observation decks for visitors at the top. The area can be reached through a series of staircases.

The Yerköprü Waterfall becomes a huge attraction for local and foreign tourists as well as photographers and trekkers, especially during summer.

One of the tourists, Mehmet Eroğlu, 47, said he was very happy to have visited the place with his family.

"It is amazing, really... It is a great place. People will not be disappointed," he said.

Another visitor Melih Yiğit, 22, said: "I have enjoyed every moment here. I don't think I can spend such quality time anywhere else."