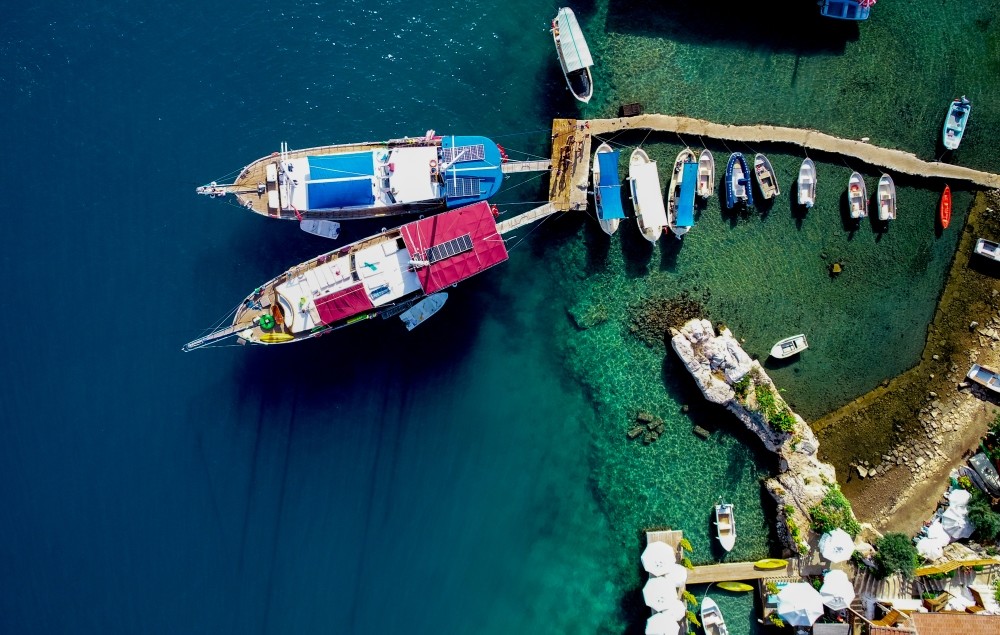 Turkey's tourism capital of Antalya's district of Kekova has been accepted for a move from the UNESCO World Heritage Temporary List to a permanent listing with its cultural, historic and natural richness.

Kekova is the place where during the time of the Byzantine emperor Constantinos the Myra Patriarch St. Nicholas (Santa Claus) lived and worked. His church is also located there along with a theater and historical and cultural places like Üçağız (Teimiusa), Kale (Simena) and Çayağzı (Andreake).

Today there are small settlement areas, which were under the influence of the Lycian civilization, Roman, Seljuk and Ottoman Empires for many years.

Other than its natural beauty, the richness of ancient and historical monuments makes the region attractive for archaeology enthusiasts.

The region is surrounded by historical heritage: tombs with inscriptions written in the Lycian language, Lycian alcoves, a breakwater and construction remains under the water, water cisterns, and a necropolis area rock tombs and sarcophagi, a theater sculpted in a medieval castle, a dock that sank with the ancient tombs and centuries-old Ottoman mosques are located in the ancient city.

Whether passing over blue waves or crossing mountains to arrive, with the castle and Çayağzı on the coast surrounded by the exotic combination of modern and the past, Üçağız amazes visitors with its half-sunken city.

The remains on the northwestern coast of the island, which referred to as the "sunken city," was used as a sailors' resort, a ship building and repair station, today this city is the one of the most colorful corners of Kekova, and has been used as a commercial and military center since the 5th century BC.

In 2000, Kekova, known as a "Paradise on Earth," was put on the UNESCO Temporary List of World Heritage.

Professor Nevzat Çevik, of the Akdeniz University Faculty of Arts and Sciences Department of Archeology told Anadolu Agency (AA) that Kekova is home to every community from the Middle Ages until today. Çevik said that besides historical and cultural remains, the region has unique natural beauty.

Professor Çevik compared the city to bell glass: "The sunken city buried in the turquoise waters, the castle reaching over from the mountain and Ucağız that goes all the way to the sea exhibits the beauty in the bell glass."