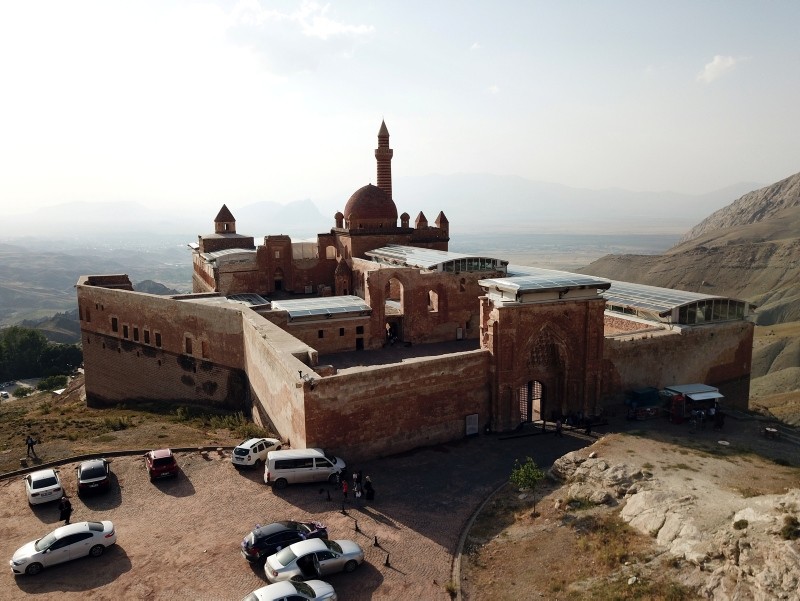 Ishak Pasha Palace in Turkey's eastern Ağrı province has become the focus of interest for domestic and foreign tourists, according to a regional tourism official.

The palace, located in Doğubeyazıt district, was accepted into the UNESCO Tentative List of World Heritage on Feb. 2, 2000.

According to Turkish Culture and Tourism website, the palace spread across an area of 7,600 meter squares is "one of the most distinguished and magnificent" examples of 18th century architecture.

Ağrı Culture and Tourism Deputy Director Erkan Kösedağ told Anadolu Agency: "There is a significant visitor flow to the palace compared to past years. We are very pleased with both foreign and domestic tourists showing interest in the palace.

He added the palace contributes to the economy of both Turkey and Doğubeyazıt.

"After it was added to UNESCO's tentative list, the palace received more than expected interest," Kösedağ said.

He urged more people to visit the "awesome masterpiece".

According to the UNESCO website, the palace on the Silk Route near the Iranian frontier is situated on a high and vast platform of strategic importance.

"It is not at all in the Ottoman tradition but is rather a mixture of Anatolian, Iranian and North Mesopotamian architectural tradition," it said.