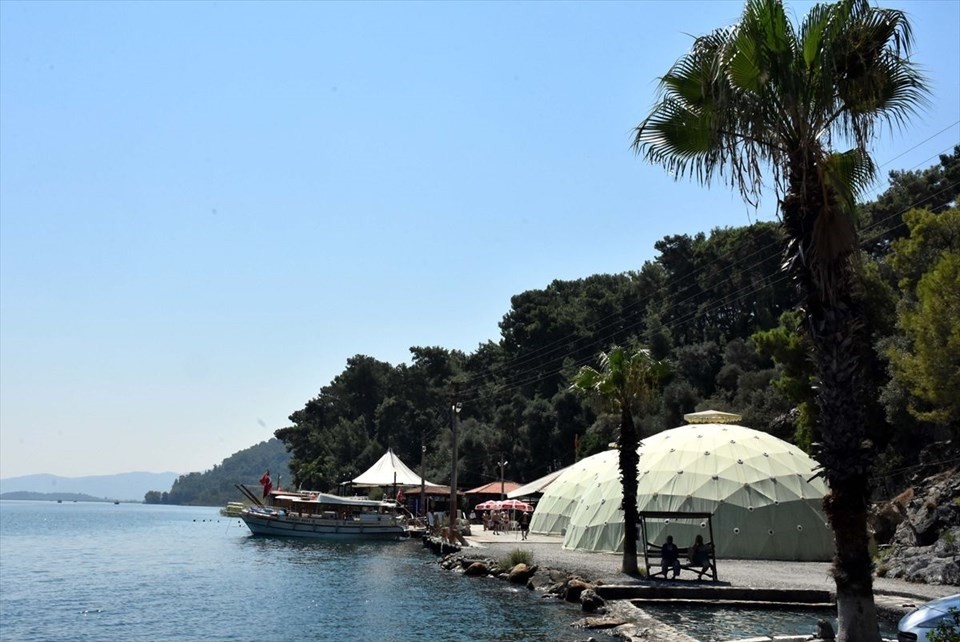 The healing waters and mud at an ancient spa continues to draw people looking for ways to stay healthy, and offer a natural remedy for ailments

Since the very beginning of life, mankind has turned to nature as a remedy for its troubles as well as to stay healthy. Despite advanced modern science, we still search for natural remedies and return to nature for an answer.

The Sultaniye Spas and Mud Baths is a popular place for those who are looking for a natural remedy and for centuries it has attracted visitors from all over the world to its healing waters and mud. Located in Muğla's Köyceğiz district, the Sultaniye's natural spa is surely this summer's hot spot for tourists who come to Muğla to enjoy the Aegean lifestyle.

Located on the southwest coast of Köyceğiz Lake, which gave its name to the district, the Sultaniye Spas is one of the rarest spas in Turkey in terms of its minerals. Besides for its healing water, its mud baths are also well-known.

Tourists come to the spa that has indoor and outdoor pools with either excursion boats travelling from Köyceğiz and Dalyan or by road. Tourists, who came from Antalya, Marmaris and Fethiye with buses, arrive at the spa with boats departing from the Dalyan Canal. Excursion boats carry thousands of tourists from all over the world every day in the early hours of the day. The mud found in the spa in the summer season is called "beauty mud" due to the belief that it is beneficial in helping skin diseases as well as making the skin beautiful.

İbrahim Yıldırım, Köyceğiz Municipality Sultaniye Spa's managing director, said that the history of the Sultaniye Spa dates back 2,000 years and that there are many historical buildings under the water or above the ground. Yıldırım added that the Sultaniye Spa was used by the Kaunos people in 100 B.C. During the Roman times, the area was turned into a hospital and the words "Death cannot enter here on behalf of the gods" were written at the entrance.

Yıldırım also stated that the mud baths and spas attract visitors with waters that reach 40 degrees Celsius and are rich in minerals. He claimed that this spa is one of the two most effective spas in the world, second only after the Indonesian spas, which are radioactive in nature.

"Russian and British tourists are very interested in these spas and mud baths; about 60,000 people come here every year", Yıldirim said. He also said that there are no vacancies in the summer season.

"Here we have bungalow houses where at least 100 people can be accommodated; many local and foreign tourists spend their holidays here. We have no vacancy at the moment and we will be this busy for about two months."

Tour guide İbrahim Erölmez also emphasized that the Sultaniye mud baths were used as hospitals in the ancient period and said: "From ancient times to today, the mud has brought health to the people here. The sulfur in the mud and water is beneficial for the skin, so people have used it for thousands of years. Today we bring tourists here as an activity, besides for the benefits it offers, it is a great source of amusement for tourists."

Another Russian tourist named Romishshhenko said, "I am coming here for the first time, and when we first got into the mud, we felt that our bodies began to change. We think it has some good benefits."

Rober Stongsen, from Manchester in the U.K., said that he joined the tour to experience the mud baths and said, "Dalyan and Köyceğiz are really wonders of nature. The mud baths and spas are spectacular. I enjoyed it very much and I will come back with my family in the coming years."