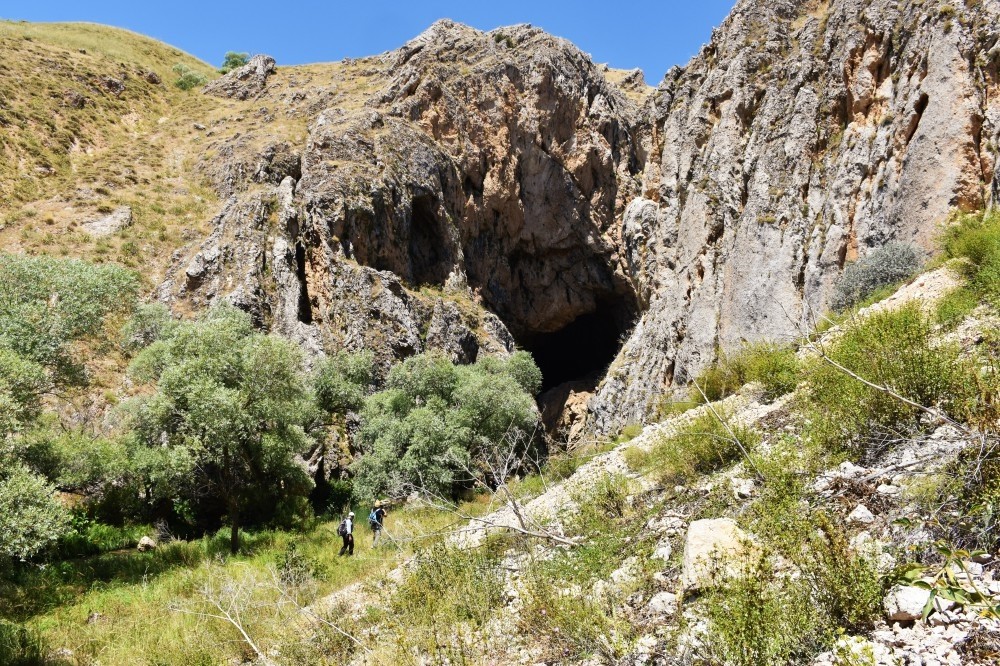 Kunav Cave is located in theKayadelen village, 12 kilometers away from the Varto district of Muu015f.
by Anadolu Agency Aug 16, 2018 12:00 am

Kunav Cave in the Varto district of eastern Turkey's Muş is set to become a popular tourist attraction after the area was cleared off the terrorist PKK.

Located near the village of Kayadelen, the two-story and 3-kilometer-long cave was home to ancient human settlements.

The cave has remained largely untouched over the centuries. It has a number of natural bridges, stalactites and a creek passing through it.

The local authorities are now planning to promote it for tourism.

He added that Varto is blessed with natural beauties and the cave will only add to the district's tourist attractions. "We will also promote the site so more tourists get to know about it. Beautiful things can emerge when there is peace. We want our region to be known for its natural beauties. There are many beautiful locations here that we want everyone to come and see," said Çetin.

İskender Dölek, a Geomorphologist and the director of Disaster Management Application and Research Center at Muş Alparslan University (MŞÜ) said that Kunav cave is very different from the other ones in Eastern Anatolia. "The cave's volcanic forms and rocks are active as a ground structure, making it a natural asset," he said.

Pointing to Kunav Cave's natural tunnels, bridges, and travertines, Dölek said, "There is a deep canyon at the entrance of the cave and swallow hole with water coming out of it. This cave should be protected as a natural asset. If it is opened for tourists, there will be a great vitality in the region's tourism sector. The cave is quite large, with two great halls, galleries and tunnels inside. We are yet to discover the whole thing."

Ayhan Özmen, a member of Muş Nature Traveler and Sports Club, invited nature lovers to visit the cave. "The cave is quite safe in terms of security. People can come without any fear. The cave is a like a paradise hidden in a deep canyon. Everyone should see this place."