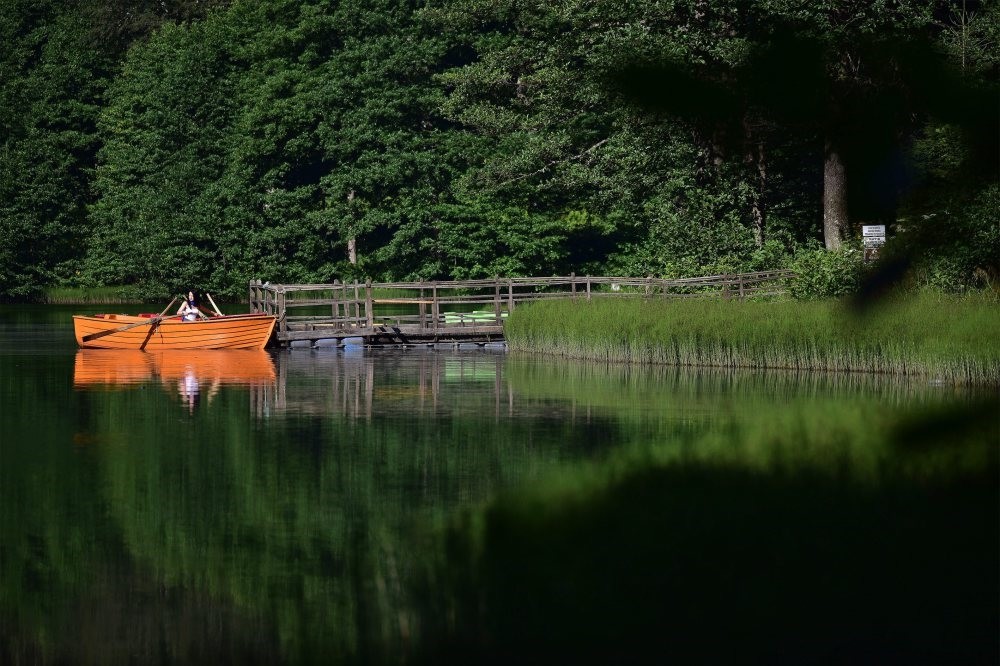 Take a trip to northeastern Anatolia if you want to admire Mother Nature and the legacies of former kingdoms that ruled the region for hundreds of years. The Georgian Valleys shed light on the past of the region while mesmerizing visitors with its untouched beauty

Northeastern Anatolia is a beautiful place. It is covered with some of the highest mountains of Anatolia as well as the expansive forests through which huge rivers flow through. Although its beauty was overlooked for years, the region is now among the top destinations for nature lovers and adventure seekers as it is full of surprises for those who would want to jump around cliffs and discover places that are not yet touched by the curse of mankind.

Stretching from the northeastern part of Turkey all the way to Georgia, the Georgian valleys are places that offer romance and mysticism at the same time. Once home to the medieval Kingdom of Georgia, the valleys are full of medieval churches and castle ruins which allow you to follow the footsteps of the former civilizations in a beautiful and mesmerizing landscape.

Although the valleys stretch over two countries and are separated by mountains, the region was once ruled by a single kingdom, the Kingdom of Georgia. Established in the beginning of the 11th centuries, the kingdom played an important role in the politics of the region, extending ties with both the Byzantium and other Christian kingdoms until it fell to the invasion of the Aq Qoyunlu in the 15th century.

As the Georgian Empire was the second kingdom to accept Christianity as its official religion, the architects of the empire left some of the most spectacular medieval churches and monasteries behind. Now in ruins, these churches offer a romantic atmosphere in a land where one can easily travel back in time.

Oshki Monastery: Built in the second half of the 10th century in the modern-day Erzurum province and dedicated to St. John the Baptist, the monastery offers an impressive sight to its visitors with its three-aisled cruciform structure topped by a dome. Apart from its architectural genuine on its facade, the interior of the monastery is jaw-dropping, with four massive pillars soaring upwards to high arches on which the 12-windowed drum and dome rest. 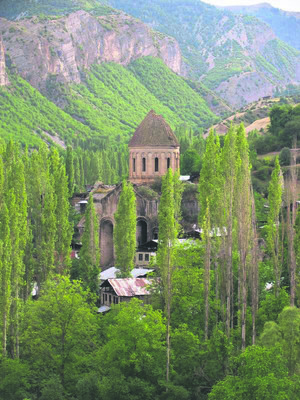 Bana Cathedral: The valley leads you to a hillock on which the ruins of Bana Cathedral lie. It was built by the Armenians and found its glory during the rule of the Kingdom of Georgia. After the conquest of the region by the Ottomans in the 16th century, the cathedral was converted into a fortress by the Ottoman army during the Crimean War. The monastery was almost completely ruined during the Russo-Turkish war of 1877-78. However, it is still possible to see the remains. Although it is hard to understand the magnificence of the building with its three-tier, rotunda-shaped structure 30m high peaking in a conical dome. Experts claim that the structure of the cathedral is similar to Armenia's famous Zvartnots Cathedral which was built in the same time period.

Oltu Castle: Built by the Urartu in the Iron Age, the castle still rules Erzurum's Oltu with its magnificence rising over the town. The castle was of some importance during the Roman and Byzantine periods, and was later occupied by the Seljuks and Genoese colonists before being taken by the Ottomans in the 16th century.

Ishkhani Church of the Mother of God: As you walk down to the valley near Artvin, you will come across a magnificent medieval building with a chapel and monastery attached that is still standing after centuries. This magnificent building is Ishkani or Ishkhan Monastery and Church which is one of the still intact medieval buildings in the region. The church underwent renovation by the Turkish government to return it to its old glory. From outside you can admire the huge and beautiful proportions of the building with its near-conical dome, rows of tall arcades and elaborate fretwork around the windows. The church was the most important cathedral of the region in the 11th century. After the conquest of the region by the Muslims, the building served as a mosque until the 1980s.

Machakheli Valley: Anatolia is covered with the densest greenery in all of the area. If you can walk up any hill, you can see forests covering the landscape like a green ocean. Machakheli is a historical geographical area and long valley along the River Machakhlistskali between Turkey and Georgia. The Valley is located in the modern-day city of Artvin, the valley is home to the oldest rain forests in Europe.

The region has changed hands from kingdom to kingdom and state to state many times over the centuries. There are 18 villages in the valley. In 1921, a referendum was held in the valley: While 12 villages chose to be a part of Georgia, six villages chose the Republic of Turkish state as their new country.

Although the borders divided the valley into two, the names of the places are still used in Turkish and Georgian. Georgian also continues to be spoken on both sides of the border.

During the summer months, locals climb to the higher ground with their livestock. Virgin forests render the valley beautiful and ecologically unique. Tucked away from the modern world, the valley is a magical place.

The reason why the valley remains untouched are due to the troublesome roads. Due to heavy snowfall during winter, the roads to the valley are usually closed for transportation up to six months a year. However, these hardships help Machakeli remain as isolated as possible. Also, the locals which are devoted to their culture as well as the nature around them have protected the valley up till today. The area is also famous for its intensive beekeeping practices and the high quality of the honey produced by its Caucasian bees. Camili village was the first area in Turkey to be included in UNESCO's "Human and Biosphere Reserve Project."

Berta Valley: Although the valley has a new name - Ortaköy - the natural wonder of Artvin is still called Berta, especially among locals. The Valley was a part of the Kingdom of Georgia until it was conquered by the Ottoman Empire in the 16th century. The valley is famous for its green landscape - just like any other place in northeastern Anatolia, and rivers that flow with a strong pace.

Most of the people living in the valley are involved in agriculture and stockbreeding. Locals are mostly Meskhetian Turks also known as Ahıska Turks who are a branch of Turkic tribes who lived in the region which is now modern day Georgia. During the time of the Soviet Union, most Meskhetian Turks were forced to leave their homelands and settled in northeastern Anatolia.

The region is famous with its Kafkasör Festival which brings Turks and Georgians together. The festival is held in the summer and is a part of the folklore of the region where you can encounter the culture of the locals. The highlight has traditionally been the pitting of bulls in rut against each other. Wrestlers, vendors, jugglers, musicians and dancers come from both Turkey and Georgia and present their talents for thousands of people attending to the festival.