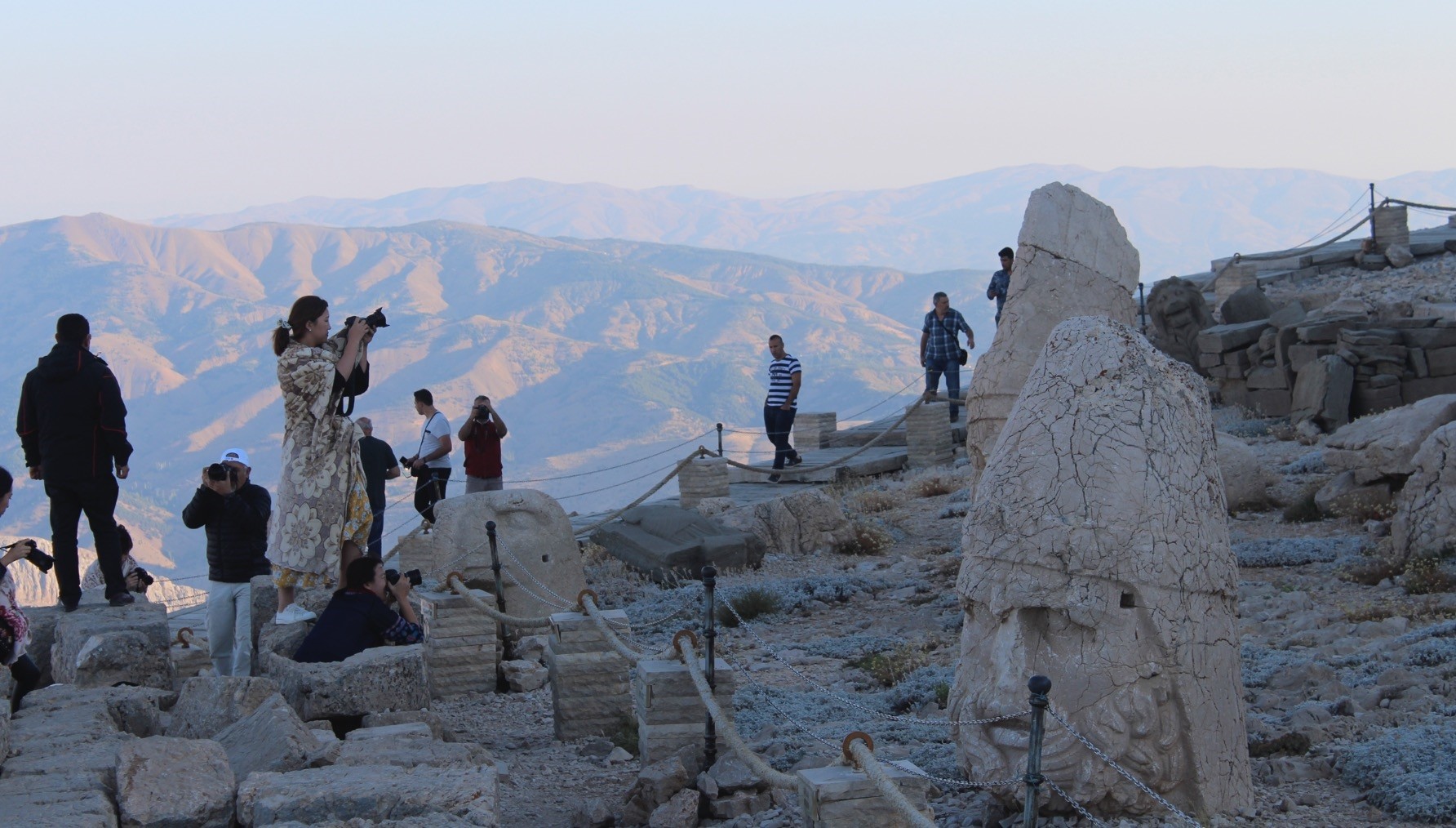 A group of South Korean bloggers along with Korean tourism company executives visited Turkey's majestic Mt. Nemrut, a UNESCO World Heritage site in the southeastern Adıyaman province. The South Korean group, which came to the city as part of an Adıyaman Provincial Directorate of Culture and Tourism initiative, had a chance to experience stunning sunrises and sunsets.

The group visited the city for two days, Mustafa Ekinci, the provincial head of the Culture and Tourism Ministry told Anadolu Agency (AA).

"Every blogger has hundreds of thousands of followers. They will build a bridge of hearts between Turkey and South Korea," Ekinci said. "Through this project, the relations between the two countries will further improve and it will contribute to the country's economy."

Nemrut, located in Adıyaman's Kahta district, has been a UNESCO World Heritage Site since 1987. It attracts tourists from around the world with its 50-meter-high (164 feet) and 150-meter-wide temple tombs. Some 45,000 tourists, including 14,000 foreigners, have visited the site in the first seven months of 2018, according to an earlier interview Ekinci gave to AA. Adıyaman has been the final leg of the Korean tourists' Turkey trip. They also visited the southern Antakya, southeastern Şanlıurfa and Gaziantep provinces. Kim Eun-ji, South Korean blogger told that he was impressed by the sunrise on Mt. Nemrut. "I will come to Turkey one more time. I liked the country so much," he said.