Artists' getaway: A Turkish village and its adobe houses 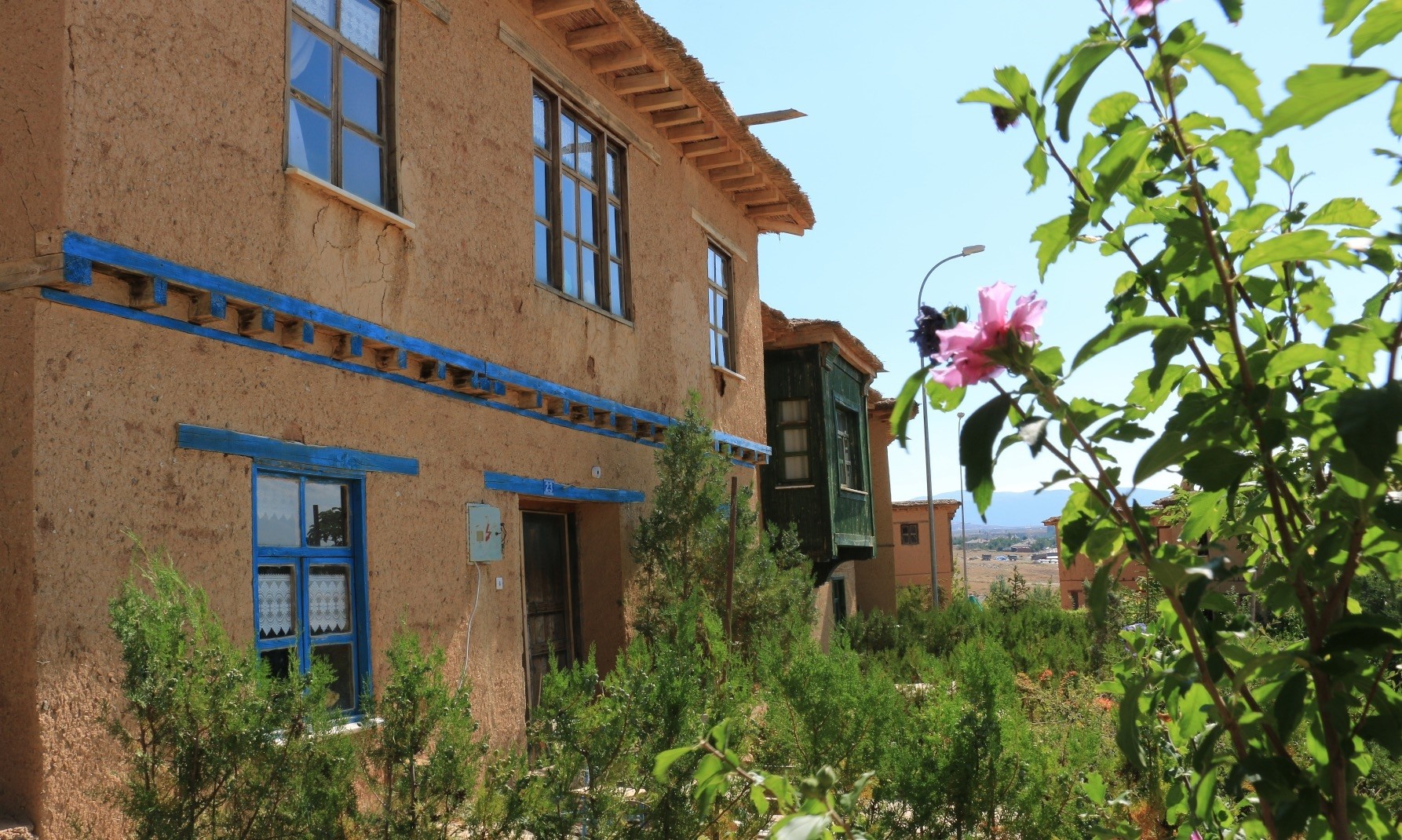 The Sonsuz Şükran village, meaning "Infinite Gratitude village" in English, was built by artists in the Hüyük district of Konya province and is comprised of adobe houses. It is a great place to escape from stressful city life for those who want to be close to nature.

Established nine years ago in the Cavuş neighborhood of the district, which has a coast on Lake Beyşehir, the village is made up of houses that are built from soil, hay and wood. Artists who are taking a break from the concrete buildings of city centers, especially from Istanbul, come to Sonsuz Şükran Village, where there are two-story houses at most.

The adobe houses of the village, which were built as one or two-story and mostly have bay windows, are authentically designed and come into prominence as an alternative to high-rise concrete buildings.

Art Promotion Director Fügen Akkemik, one of the residents of the village, told Anadolu Agency (AA) that constructions made from soil are the most proper architectural structures to human nature, and adobe houses are naturally climatic.

Akkemik said she comes to the village at the beginning of April and returns to Istanbul at the end of October every year. "I feel that I really live when I come here from Istanbul," she added.

She said that concrete buildings can cause both physical and mental health harm to people. "The remoter people become from the soil, the bigger mistakes they make. High-rise and closely spaced buildings are built even in Konya, which has a plain and open landscape. Those who live in these buildings think that they are peaceful and healthy. If they live at adobe houses for some days, they will see the [true] situation that they are in."Photographer İbrahim Göksungur said that concrete, which absorbs heat in summer and hardly gets warmer in winter, is a building material which is unhealthy as compared to the soil-based adobe houses.

Drawing attention to adobe houses which have a history spanning thousands of years, Göksungur explained, "I have been staying in my adobe house in the summer for eight months. I cannot be at ease in my concrete house after leaving here. We should return to earth-made houses. Those who want to have one or two-story houses should use soil-based materials."

Painter Kamer Batıoğlu remarked that his favorite aspect of the adobe houses is that they are permeable. "When we open the door of our house which stays closed for eight months, we meet fresh air like someone has just come in from it half an hour ago. When it is spring, we come here from Istanbul to breathe. The house is cool even in very hot weather. In winter, it also stays warm until morning even if we burn newspaper at the fireplace," he continued.