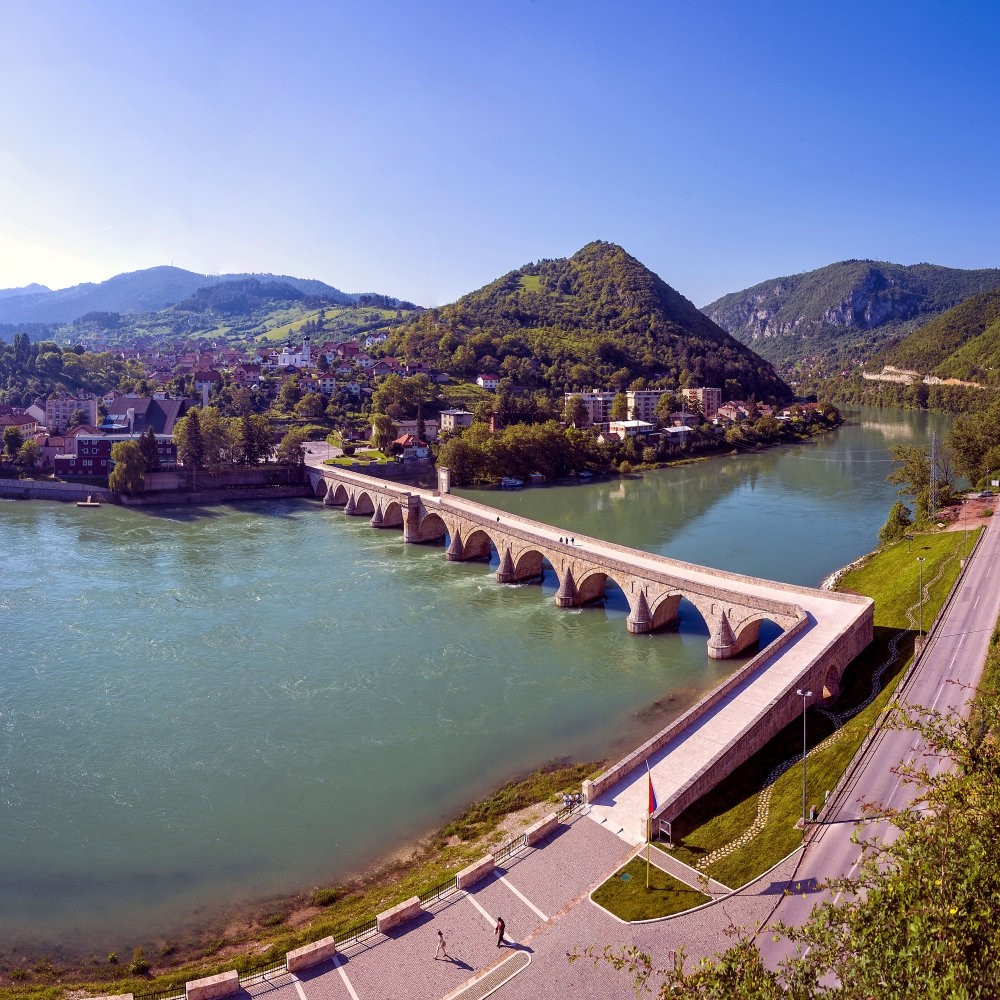 Bosnia comes into prominence, especially with its water sources and forests.
by French Press Agency - AFP
Oct 06, 2018 12:00 am

While Bosnia is often associated with the wars of the 20th century, the Balkan country is also home to stunning landscapes, a vibrant multicultural history, and a wry wit. Here are five things to know about the country.

Bosnia may be one of Europe's poorest countries but it is rich in one resource: water.

The World Bank estimates Bosnia's resources of renewable fresh water at nearly 10 cubic meters (350 cubic feet) per person per year – three times the reserves of France and seven times that of Germany.

Some of Europe's most pristine rivers run through the country's rugged terrain, making it a paradise for rafters, kayakers and other outdoor enthusiasts.

The Balkan country boasts one of Europe's last virgin forests, a 1,300-hectare (3,200-acre) spread of trees in the east of the country called Perucica. Partially inaccessible due to its hilly terrain, the lush forest can only be visited with rangers.

Bosnia is pressing for it to be included in UNESCO's World Heritage list.

It took 26 years and $4.5 billion to build the horseshoe-shaped shelter into the side of a mountain near the southern town of Konjic. It can hold 350 people.

Tito died the following year and today the 6,500 square-meter (70,000 square-foot) bunker is a contemporary art museum.

While Bosnia today is known for its divided communities, its capital Sarajevo still boasts relics of its diverse past.

Many buildings were damaged during the war, but the city is still sprinkled with mosques, churches and a synagogue.

As Yugoslavia collapsed around them, Sarajevo residents believed their city's multi-ethnic character would serve as protection.

But the capital eventually became a focal point of the 1992-1995 inter-ethnic war that pitted Serbs, Croats and Bosnian Muslims against each other.

During an almost four-year siege by Serb forces, some 11,000 people were killed there, including 1,600 children.

Today, the city is overwhelmingly Muslim. Bosniaks, as they are known, make up 82 percent of capital's population.

The two Muslim characters are such buffoons that some Bosnians wonder if they were invented by Serbs or Croats.

But Haris Pasovic, the author of a play featuring these characters, disagrees.

"Bosnians' talent to laugh at themselves is a great common value and the biggest hope for Bosnia," he said. One of their jokes captures the country well: Suljo and Mujo are working at a construction site to direct water to a village network. But every time Suljo digs a hole, Mujo immediately fills it up with dirt. A confounded villager inquires about the seemingly pointless labor. Mujo replies: "Ibro was supposed to put pipes but he did not come."