Once home to the Greek gods, Mount Ida offers nature at its best 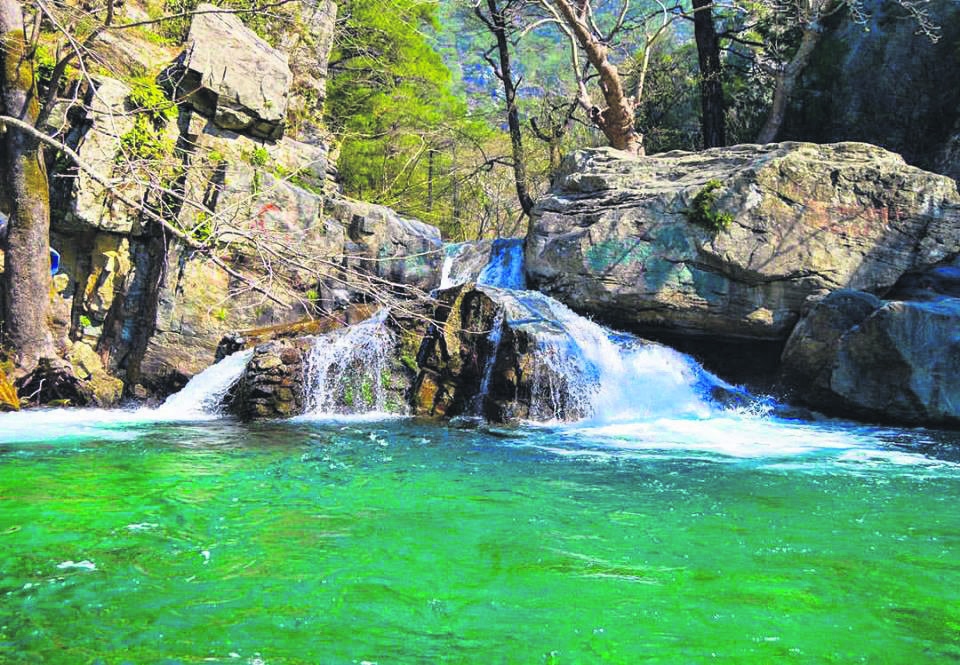 The spiritual side of life is always alluring to human beings and there is no place as mystic as Mount Ida, the mountain that is frequently cited as the place where Greek gods loved to gather. Although it may not be possible to get in touch with the Greek gods now, Mount Ida still offers a pleasant getaway from the city

Mount Ida is one of the places where nature has behaved generously. Known as Kazdağı, meaning Goose Mountain, the mountain has been home to many legends since the ancient period. Zeus was born here and married Hera on this mountain. According to the legend, the first beauty contest Hera, Aphrodite and Athena attended was organized here. There are some who say that the Noah's Ark is on Mount Ida. In 1993, a 21,000-hectare area of the mountain was declared a national park. In terms of oxygen, it is the second richest region in the world after the Alps. It is green and peaceful. It also hosted many civilizations throughout history with its fertile lands and natural beauties. It was often attacked and plundered because of its riches. As migration to the mountain was high, it was fed culturally and its economic and social vitality has continued since.

Accommodation for all budgets

It is a place where you can go trekking in peace, listen to the chirping of birds and taste natural flavors. It is quiet, calm yet exciting. Furthermore, the accommodation prices are quite affordable as compared to many other towns, and can provide something for all budgets. So let's not lose time and visit this mountain between Balıkesir and Çanakkale.

There are many must-see places such as Hasan Boğuldu Pond, Pınar Waterfall and Sütüven Waterfall. Tourists come from the Far East, Europe and Asia and usually stay here for a week. However, you can enjoy it in three days as well. Generally, the first stop on Mount Ida is Sütüven Waterfall. The waterfall, which rises from the Sarıkız plateau is located on the Kızılkeçeli Stream and has a perfect view. Hasan Boğuldu Pond near it is worth seeing as well.

If you are hungry after all that walking, there is the Sütüven picnic area you can stop at for a break. Then proceed to the Hasan Boğudu Waterfall, following the path across the brook. The waterfall, which was mentioned by Turkish novelist Sabahattin Ali in his works, is one of the points that you should see. The Sarıkız Hill is the highest hill on Mount Ida. It is within the borders of the national park. By the way, it is forbidden to enter the park without a guide. There are three peaks, Sarıkız, Babatepe and Karataş, in the national park. This hill, which overlooks the Edremit Gulf from a height of 1726-meters, has a breathtaking view. Ayvalık and Midilli are also beneath your feet. Although it is tiring, you should climb up the hill to take photos and to relax.

Çamlıbel hosts the most beautiful hotels and places on Mount Ida. This place is also famous for its picnic area. The village overlooks the Edremit Gulf from a green valley. The grave of Tuncel Kurtiz, who was a Turkish cinema and theater artist, is in this village. If you want to stay in Çamlıbel Village, you can try the Albatross Mountain Huts, which consists mainly of bungalows. However, the place you will be most interested in might be Adatepe. After an hour-long journey, you reach the village. It is a typical Aegean Village where houses are interlaced. However, it is a little bit similar to Italian villages, as well. The karma of the village changed when a group of writers and artists from Istanbul discovered it. This group took the secluded houses here and restored them. Some of the stone houses serve as hotels today. The historical works in the village, know for its olives and olive oil, were put under protection by the Çanakkale Museum. You see both Greek stone houses and Ottoman mansions here. For example, the boutique hotel Hunnap Han (Inn) is a typical Ottoman mansion. It is highly recommend to drink a cup of coffee or tea in the tea garden at the entrance of the village. Also, try the herb ice cream. The lavender and thyme ice cream are perfect. The Altar of Zeus at the entrance of Adatepe Village is among the must-see places. You climb up a kilometer-long slope in order to reach it. The view of the altar, which was built to offer sacrifices to the gods in the ancient Greek culture is a site to see.

Delicious foods influenced by the surroundings

- You can go to Refika Cafe in Adatepe for local foods. The breakfast of Çakır Breakfast House in Yeşilyurt village is legendary. Drink a cup of Turkish coffee at one of the places which serve coffee made on sand.

- Saklıbahçe Restaurant in Çamlıbel village is also a perfect place where you can try local tastes influenced by the nature around.

- You can go to Kısık on the Narlı village road to enjoy a barbecue and to eat meat. Zeytinbağı Hotel is a good option for both organic nutrition and accommodation.