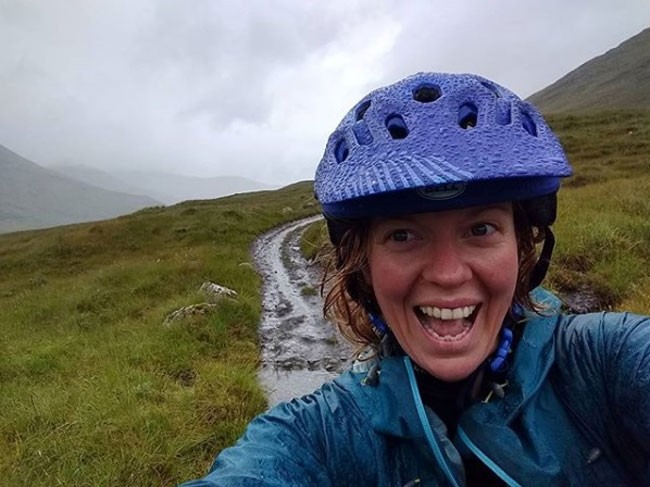 Scotswoman Jenny Graham arrived back in Berlin on Thursday evening, 125 days after embarking on a round-the-world trip on a bicycle and setting a new world record in the process, the British embassy in the German capital announced.

Graham, 38, who hails from Inverness, broke the previous women's record of 144 days, securing a place for herself in the Guinness Book of Records.

"It's an incredible feeling. I've been one and a half years just living for that. It shows that we women are more capable than we think we are," Graham said as she alighted from her heavily laden yellow bicycle.

Family, including her 20-year-old son Lachlan, and friends were on hand at the city's Pariser Platz with Champagne and confetti.

British Ambassador Sir Sebastian Wood was at the Brandenburg Gate as Graham rode through, returning to where she set out on June 16.

"She embodies true sporting spirit and endurance. The fact that she chose Berlin as starting and finishing point demonstrates the enthusiasm that young Britons in particular feel for this city," Wood said.

Graham's solo trip took her over 29,000 kilometers through 14 countries and four continents, not counting flights and transfer routes.