Çankırı: A quiet province in the heart of Anatolia 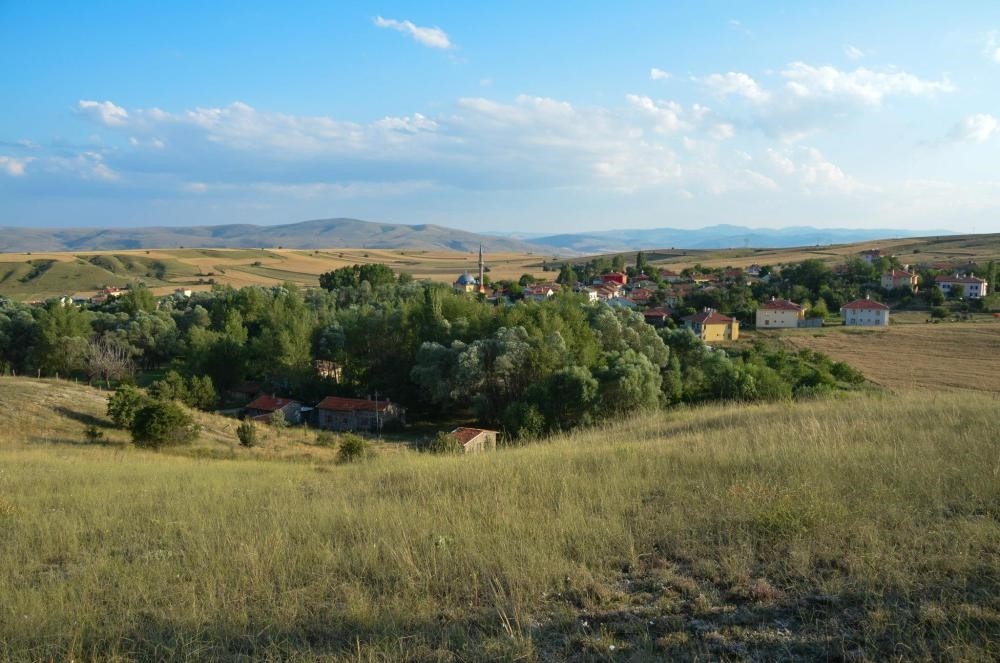 If you're looking for an off-the-grid getaway, look no further than the central province of Çankırı with its vast grassland and cozy, centuries-old villages that are sure to help any big-city dweller relax and recharge

Situated in the vast plains of central Turkey is the quaint province of Çankırı. Located at around 800 meters above sea level and 140 kilometers northeast of the capital Ankara, the province's namesake capital city has hosted a wide range of cultures and races over the centuries, Hittites, Persians, Ancient Greeks, Parthians, Pontic Greeks, Galatians, Romans, Byzantine Greeks, Seljuks and finally Ottoman Turks, and traces of its long past are still prevalent throughout the region.

Each culture has left a unique mark on the province's capital city, with its name evolving first from its Arabic version "Hangara" to "Gagra" for the Jews and then progressively to "Tzungra," "Kângıri" and later "Çankırı" for the Turks. Çankırı was also known in antiquity as "Gangra" in Greek and according to first century B.C. writer Alexander Polyhistor, the town was established by a goat herder after he tracked down one of his stray goats to the spot. Scholars now believe, however, that the charming tale is most likely mere philological speculation since "gangra" actually means "goat" in the ancient Anatolian Palaic language, and the region has been famous for its goats for millennia.

The namesake capital of the province, Çankırı, is now a bustling commercial center with modern shopping malls and a population of around 270,000; however, for city dwellers, the charm of the province is often in its quiet, rustic villages with average populations of 500 nestled on the open plains.

Though many of the villages are relatively remote, they are still an interesting mix of old and new. It is quite common to see 200-year-old, mud-brick houses next to brightly painted concrete and steel ones. Being a traditionalist, the two-story homesteads, often listing slightly to one side with the weight of age, possess the most charm for me. Constructed with wood scaffolding and local materials, their outer walls are a semi-geometric combination of crisscrossing wood timbers supporting sturdy layers of mortar and brown bricks, often made from sun-dried manure. Traditionally, the bottom floor would have housed livestock and the top the family. This would have been a win-win arrangement, especially in the winter, with the animals benefiting from any heat source the family used upstairs, while the livestock's body heat helped cut down any drafts from the cold earth below.

What this small province lacks in world-renowned historic sites, it makes up for in authenticity with its grass-covered hills dotted with centuries-old settlements populated by family lines that extend back to before the Ottoman Empire.

Though each of the province's villages has its own unique traditions, in the fall you can bet almost every garden or tiny courtyard shows the scorched signs of the open fires used to cook huge pans of fruit for marmalade, molasses and jam. With bushels of apples, quince and pears ripe and waiting in the gardens, it's an excellent excuse for neighbors to gather to peel, dice and stir while laughing and chatting about upcoming weddings, current events or, even more likely, the young woman in the next town over that would be a perfect match for one of their still-single sons.

Though the region has seen an outflux of youngsters venturing in search of big-city life, the rural traditions of the region are still going strong with animal husbandry topping the list of income-sustaining trades. One shepherd from each village is often trusted to take the residents' cows to graze from dawn to dusk in the vast grassland behind the clusters of houses. In fact, this is one of the few places in the world where the saying "until the cows come home" rings true. Nine months out of the year, like clockwork, the well-traveled bovines saunter and jingle their way over the gentle rolling hills and through the streets every night to eventually find their own way back to their warm stalls. 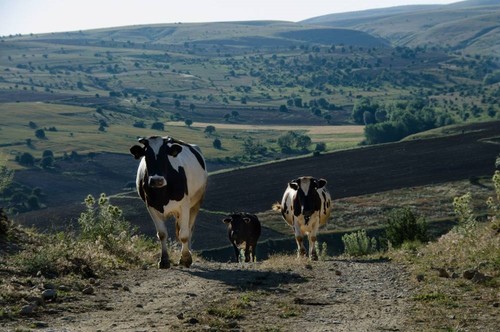 And what are rolling hills without graceful stalks swaying in the breeze? Luckily, wheat is the province's primary crop thanks to its tolerance of rocky soil and cool, dry growing conditions. Planted in late October, the crop takes 10 months to mature and is generally harvested with modern methods in the hot, dry month of July. Once harvested, the farmers set aside a seed supply for next year and the rest is primarily sold to be ground into flour or bought up by large dry goods factories around the country.

Çankırı province is also famous for its salt mines. Researchers have discovered that one of the province's largest mines, located southeast of its capital city in the small village of Balıbağı Köyü, was first dug by the Hittites in 3,000 B.C. Still in use today, the mine now extends 400 meters below ground and produces more than 500 tons of salt annually. Considering a 1978 study found that the mine, at the time, still contained more than 1 billion tons of rock salt, it looks like it will be producing for generations to come. Nowadays, the salt is mostly used for cooking and producing souvenirs, including lamps, which some claim carry health benefits like boosting blood flow, improving sleep, increasing serotonin levels and alleviating allergy or asthma symptoms.

Whether you prefer the bustling city or quiet countryside, one of the best things about the province is its amazing weather, especially in the ides of summer. Thanks to its relatively dry climate, humidity is almost nonexistent, making for a wonderful break from Istanbul's sweltering heat. For those in need of a quiet, peaceful getaway, this province with its rolling hills and open plains may be the off-the-beaten-path destination you're looking for.