Experience winter in the Thracian city of Edirne 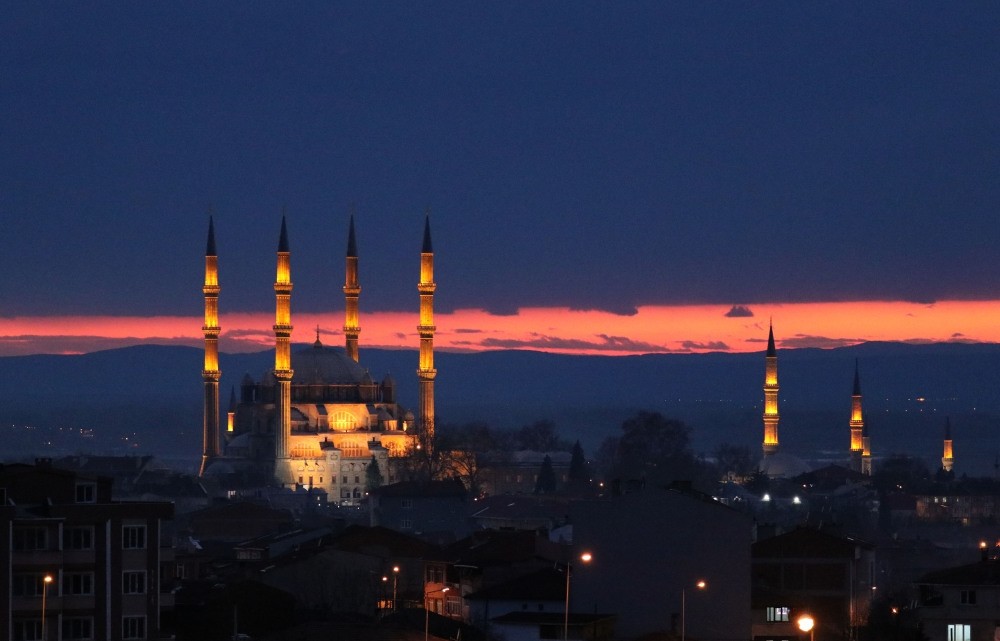 If you are a history buff, you may really enjoy a visit to Edirne, the former capital of the Ottoman Empire. Located in the northwestern part of Turkey in Thrace, Edirne, historically known as Adrianople, has hosted many civilizations throughout history on its rich and fertile land. Thankfully, almost every civilization that came and went through the lands of Edirne left something, whether concrete or abstract, that you can trace in the local culture or cuisine. Located on the borders of the Balkan countries of Greece and Bulgaria, Edirne is relatively colder than any other province in the west of Turkey. Hence, in winter, Edirne turns into a winter paradise, covered with snow, with blizzards blowing around the historical structures and landmarks of the city.

With the Tundzha and Maritsa rivers flowing through the city, Edirne also lures nature lovers as watching the sunset and sunrise over the rivers mesmerizes even those who are not easily impressed. The city features cultural richness, such as the handicrafts of Edirnekari, Edirne tiles, brooms decorated with mirrors and wrestler's tights and the craft of gravestones. Edirne comes second after Florence in the world rankings of cities with the highest number of historical works per square meter.

If you happen to find yourself in Edirne in winter time, here is a list of must-dos:

Legendary Mimar Sinan's masterpiece, Selimiye Mosque, is a destination whether you visit the city in summer or winter. This exquisite World Heritage-listed mosque is Edirne's most cherished building. Built between 1569 and 1575 per the order of Sultan Selim II at Edirne's highest point, the mosque features four giant minarets, a social complex called "külliye," a madrasah and a "arasta," a series of shops located under the mosque.

Watch the sunset over Tundzha river

When snowy weather looms, the skies become a palette of shades of blues, pinks and reds. During winter, when snow is ready to fall over Edirne, it then turns a sweet light magenta. Looking over the sunset and its reflection on the river evokes pure joy. If you happen to find yourself in Edirne this time of the year, spend a few minutes watching the sunset.

The Grand Synagogue of Edirne

Back in the day, Edirne was home to a large Jewish community who settled in the city in the 15th century after they were exiled from Spain. Built in 1906 to replace 13 smaller synagogues destroyed in the Great Fire of Edirne in 1903, the Grand Synagogue in Edirne was reopened in 2015 after extensive renovation. It has an elegant, arched roof and well-decorated floors. When the synagogue was built, it welcomed worshipers until the 1200s. Its vivid, yellow facade shines among the faded wooden houses and apartments of the old Jewish neighborhood of the city. The synagogue is used for religious purposes as well as being a museum today.

Walking around the city in winter on an empty belly is not acceptable. Edirne's signature dish, fried liver, which made UNESCO's World Cultural Heritage List, is the perfect remedy for sore feet, a starving belly and a freezing body. The liver, which is sliced as thin as a paper, is seasoned with various spices and then fried in a pan with oil. The taste is so heavenly that once you have a plate of Edirne's famous fried liver, you will crave it for the rest of your life.