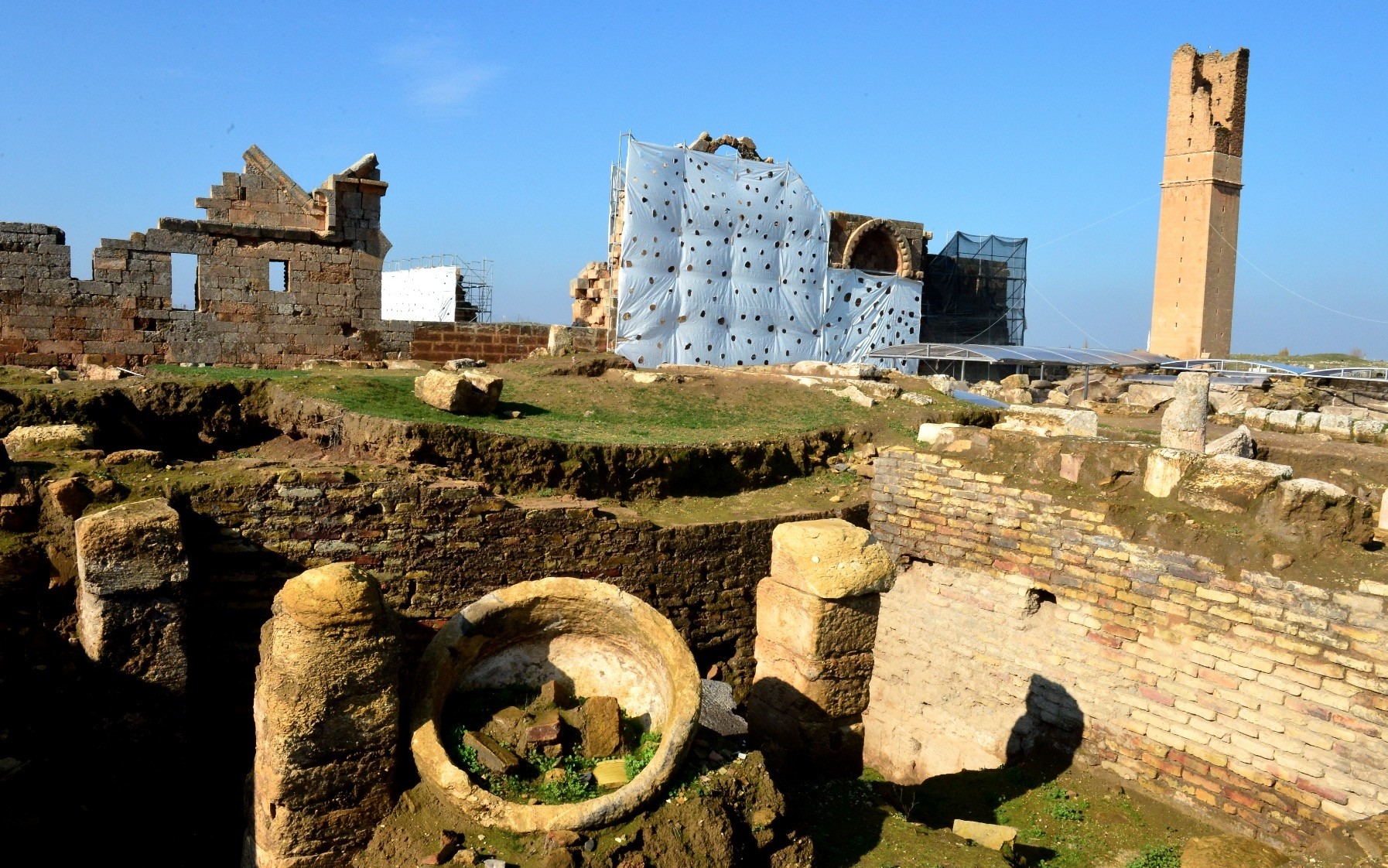 The excavations in the Harran archaeological site have been going on for 70 years intermittently.
by Anadolu Agency Jan 07, 2019 12:00 am

The Harran archaeological excavation site in Şanlıurfa province, one of the oldest settlements in the world on the United Nations Educational, Scientific and Cultural Organization's (UNESCO) World Heritage Tentative List, will be opened to visitors this year.

Speaking to Anadolu Agency (AA), Harran University Archaeology Department chairman and excavation coordinator Mehmet Önal said that the digging on the site has been going on for 70 years intermittently with the funding from the Turkish Culture and Tourism Ministry and support from local administrations.

Önal stated that are working on getting the site added on the UNESCO World Heritage List. He added that they have also started works to showcase the artifacts unearthed in the excavation to tourists.

Önal remarked that the site resembles an open-air museum as it has housed many settlements since circa 6,000 B.C. and once served as a capital for the Assyrians and the Umayyads.

Stressing that the point reached in the excavations is promising, Önal remarked that a higher number of tourists is expected to visit the site this year since 2019 has been declared as "The Year of Göbeklitepe" by the Turkish government. He said visitors are drawn to the area because they can witness firsthand the excavation work being conducted in Harran.

Önal also underscored that a crucial threshold has been exceeded this year in the excavation site, saying: "The excavations planned for 2018 in the east of Harran Ulucami, the heart of the Harran archaeological site, have been successfully completed. The yard with shadirvan, a type of fountain, has been unearthed to a great extent during our works. A total of 34 washbasins that encircle the yard have been found. They remain from the early Islamic period in Anatolia. The place where ritual ablutions were performed has also been unearthed. Also, we have completely unearthed the hot tub and furnace of the public bathhouse we found last year. After the organization of sighting routes and landscaping is completed, the excavation sites in Harran ruins will be opened to visit this year."

Önal said that within the scope of the work conducted on the excavation site last year, they mostly focused on the findings that stand out for their visual quality.

Stating that the tourists will this year have a chance to see the ancient musk store, public bathhouses, the yards with shadirvans and cisterns located in the site, Önal relayed that he believes the visits to the excavation site will mean so much to history lovers.

Önal also added that they have marked considerable progress in the landscape design of the ancient site: "We have removed the walkways to completely reveal the sections such as the public bathhouse, shadirvan, musk store and cistern, all of which we partially excavated in previous years. And the remaining excavation works were completed after the walkways were removed. Lately, the restoration of the public bathhouse has also been completed. So, the Harran archaeological site is now ready for sightseeing. Our excavations will continue during visits."

Önal also added that during this year's excavations they are hoping to come across the remnants of the "Harran schools" referred by ancient travelers.

Throughout the excavation work in Harran, more than 10,000 historical artifacts including ceramic, glass and metal objects, coins, architectural pieces, figures, sculptures, bone and ivory objects, and storage jars have so far been unearthed, all of which are currently on display at the Şanlıurfa Archeology Museum.