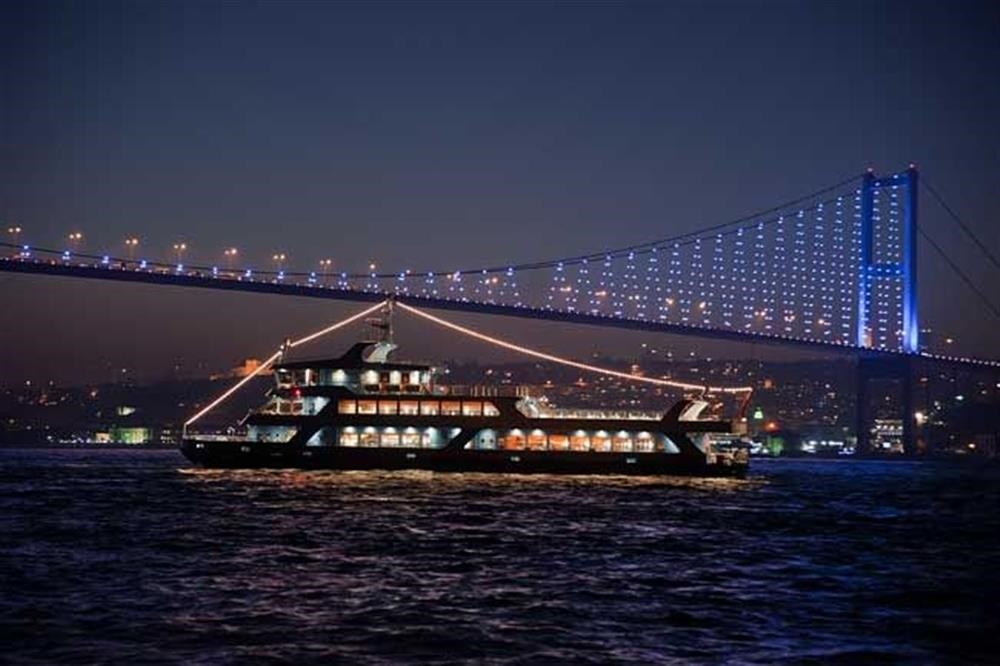 Departing from the Kabataş ferry dock every day, night cruise tours on Istanbul's legendary Bosporus have been attracting scores of Arab tourists.

Tourists from Palestine, Bahrain and Kuwait are welcomed by entertainers at the door, while singers from Arab countries, particularly Syria, take the stage.

Popular Arabic songs, folk dances and plays are presented to the tourists during the three-hour tour.

The show ends with a dramatic play, emphasizing Turkish-Arab friendship, that depicts the conflict in the Middle East, the suffering and the tears, and the desire for Muslims to live a life in peace.

"We've been serving Arab tourists for four years... This year, the interest in boat trips has significantly increased, so we expect to have a better season next year," said Murat Celen, a captain on the Bosporus for eight years, told Anadolu Agency (AA).

Muhammed Rifai, a Syrian refugee in Turkey performing folk dances on the cruise tours, said, "I used to plan ceremonies and weddings in Damascus, similar to the entertainment on the boats."

Rifai added: "The camel and Santa Claus figures on the deck draw attention. We use camels in the Middle East and we put a Santa Claus figure for our Christian guests to show that there is no difference between Muslims and Christians."

Muhammed Abdo, another Syrian refugee in Turkey, sings Arabic and Turkish songs and works as a waiter on the boat.

"I don't earn much, but I can fulfill my needs," Abdo said, thanking Turkish people and the government for accepting Syrian refugees in the country.

He added: "Turkey doesn't only help Syria but Palestine, Iraq and many other countries."