Eskişehir: Perfect place to learn and have fun 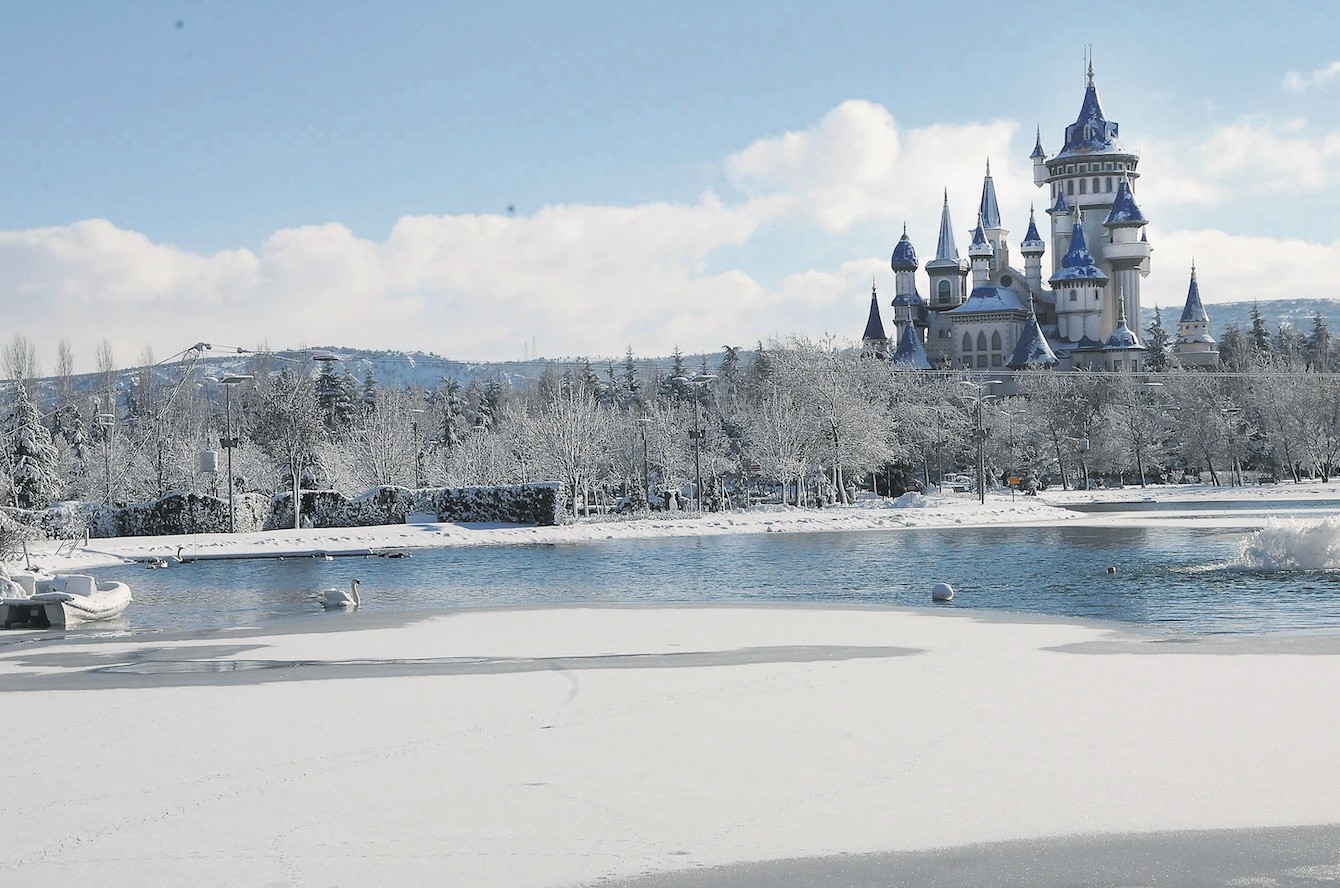 Eskişehir province, which is listed as one of Turkey's important destinations by tourism professionals, offers significant alternatives for children and families in the semester holiday with its playgrounds, amusement areas, museums and parks.

Known as the touristic city in the middle of the steppes, Eskişehir has various alternatives that ensures that both children and parents have a great time, including museums, parks, scientific centers and amusement areas.

Children and parents can have a busy day in Eskişehir, where they will have an opportunity to take a boat or gondola trip on the Porsuk River, flowing throughout the city center.

In the Fairy-tale Castle, opened in 2014 at Eskişehir Metropolitan Municipality Sazova Science, Art and Culture Park, many different places, such as 3D animations of famous fictional heroes, optical light animation and special living spaces, are offered.

Children who visit the 26-tower castle learn Turkish culture's tales and stories, meeting with Nasreddin Hodja, Dede Korkut and Keloğlan. Besides, children and their parents can take a fairy-tale journey to the castle in the accompanied by guides.

Known as Masterpieces of Turkish World Park, EsminyaTürk was built by the Turkic World Foundation in Sazova Neighborhood.

In EsminyaTürk, where nearly 30 architectural works in the Turkic world, from the Balkans to Middle Asia, are on display, the miniatures of Selimiye Mosque, Çifte Minareli (Double Minaret) Madrasah, Great Divriği Mosque, Great Mosque of Diyarbakır and Ahlat Great Cupola are on display.

Opened by the metropolitan municipality in 2016 in a 58,000-square-meter area, the zoo is home to 1,656 animals from 120 species. Housing many living creatures, including penguins, seals, red deer and exotic animals, the zoo offers the opportunity to have a nice time to its visitors. Eti Underwater World, at the entrance of the zoo, is home to a total of 2,500 underwater creatures from 124 species from the north Aegean, Atlantic Ocean, Red Sea, South America lakes and the Amazon River.

Children and parents can have fun at the 3,200-square-meter area of the underwater world, which features sections of the terrarium, a touch tank, a tropical aquarium, the Amazon River, Mersin Aquarium and an underwater tunnel.

Children can conduct all kinds of experiments at the center, where sound, optical and balance-mechanic experiments are conducted and experimental shows are presented with hand skills and attention games, accompanied by experts and guides.

The technical infrastructure for the planetarium has been provided by the Sabancı Foundation. Designed as a full dome, it reflects galaxies, stars, earth and the planets with a high-resolution project. The planetarium, equipped with a fish-eye lens that yield 16-megapixel images, offers spectators the experience of a live journey through the universe, galaxies, stars, Earth and the planets at the shows taking place on the 360-degree dome.

At the dome-shaped Anadolu University (AU) Turkic World Culture and Arts Center in an 80,000 square-meter area in the Sazova neighborhood, structures built in line with traditional Turkish architecture are on display.

Wax sculptures of 40 figures from the Turkish-Islamic world, such as Al-Farabi, Piri Reis, Sinan the Architect, Ibn Sina and Omar Khayyam, are on exhibit in the sections of the center, comprising of 40 rooms.

The guides of the AU Turkic World Culture and Arts Center give information about scientists and their works and make bridges in minds between the past and future. Children and their parents who come to the center can receive detailed information about Turkish scientists. The Music History Hall in the center, where 216 instruments of the Turkish-Islamic world are on display, offers a different experience in the field of music to its visitors.

Eighteen aircraft are on display at the AU Aviation Park, which is situated on a 39,000-square-meter area near the Ankara-Bursa high road.

Those who come to the park, whose foundation was laid in 1997 and where basic principles about how aircraft fly and

how their motors and other equipment work are told, experience unforgettable moments, having the opportunity to check out the aircraft up close.

Mentioned with praise in Evliya Çelebi's "Seyahatname" ("Book of Travel"), the historical Odunpazarı Houses, the miniatures of which were drawn by 16th-century genius Matrakçı Nasuh, are on UNESCO's World Heritage List. Visitors can rest at the cafe and restaurant sections of these houses, which were restored in line with their original layouts. In the region, which protects examples of Traditional Anatolian Turkish Architecture, guests can take an authentic historical journey.