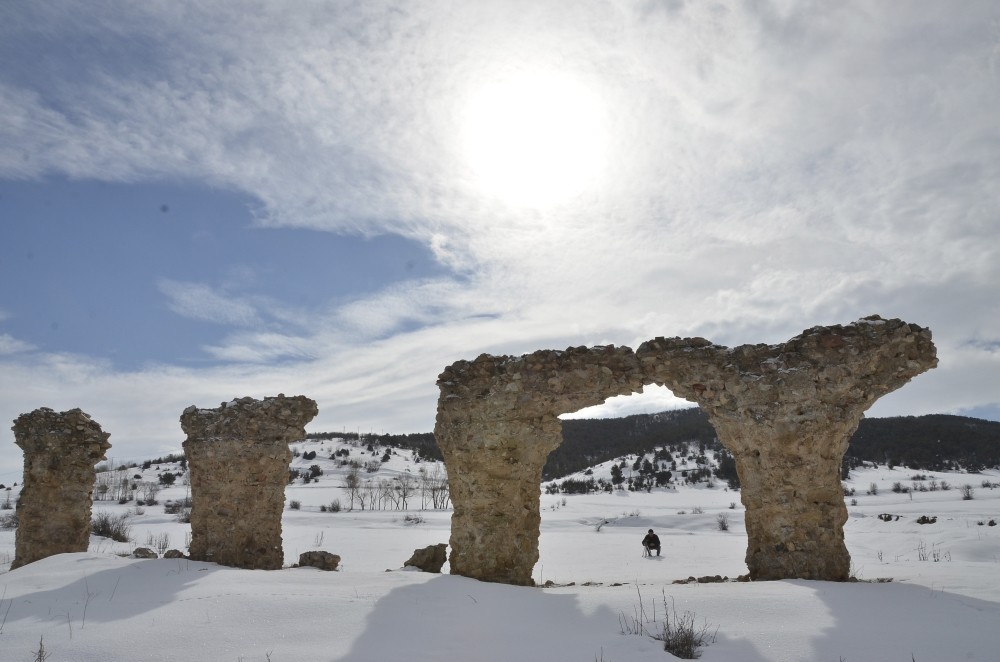 The ancient city of Satala is assumed to be built during the Eastern Roman Empire to protect the borders on a foothill in Kelkit district of Gu00fcmu00fcu015fhane province.
by Anadolu Agency Jan 23, 2019 12:00 am

In the foothills of Gümüşhane's Kelkit district, built to guard the border during the times of the Eastern Roman Empire, stands the ancient city of Satala, which is going to be opened for tourism soon

The ancient city of Satala, assumed to have been built during the Eastern Roman Empire to protect the borders on the foothills of the Kelkit district in Gümüşhane province, is set to open soon for tourism.

Located on the foothills of Meşeiçi Mountain in Sadak Village which is nearly 26 kilometers away from southeastern Kelkit, the ancient city was declared a third degree archaeological site.

Prepared by Kelkit District Department of Village Services to open the site to tourism, the project was presented to the Eastern Black Sea Development Agency (DOKA).

With the project, sites such as the square, streets and neighborhoods with natural, historical and cultural values in the ancient city, are planned to be protected, restored and opened to tourism.

Aqueducts to be surveyed, restored

Gümüşhane Mayor Kamuran Taşbilek spoke to Anadolu Agency (AA) and noted that the ancient city of Satala has historical aqueducts, bath and castle remnants dating back to the 15th legion. 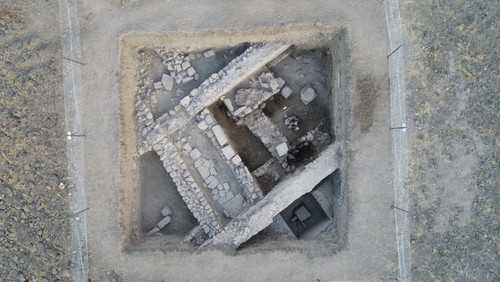 Taşbilek reiterated that in line with the permission given by the Ministry of Culture and Tourism for the project, excavations started on the site, which functioned as the last headquarter of the Eastern Roman Empire. He also noted that the excavations are conducted under the direction of associate professor Şahin Yıldırım, Head of Archaeology Department at Bartın University Faculty of Arts. Taşbilek pointed out that ancient sites and structures are of great importance as they form the identity of a city and said, "For this reason, preserving historical sites and structures and their sustainability contribute to preservation of city identity and its development."

"For the cases of all the sites that are claimed as protected are under a project and are waiting for verification through a preservation plan, our target is to protect historical, cultural and natural properties together with their surroundings and open them to tourism. We will also support all kinds of activities designed to protect natural and cultural property. We are planning to develop infrastructure to evaluate these properties as soon as possible."

Taşbilek stated that they will arrange a reception site for groups at the entrance of the ancient site and an extra reception unit at the area with aqueducts and added, "Also the aqueducts will be surveyed and restored. At the first stop where tourists will be welcomed, we will set up walking routes that enable visitors to reach the centrum, excavation site, lakeside, city walls and aqueducts."

Taşbilek pointed out that thanks to the "Opening Ancient City of Satala to Tourism" project, the region will transform into a new center for historical innovation and tourism and added, "We will protect the existing heritage by putting the project into practice. It will open the way for increasing employment, decrease in migration, socio-economic development, protection of historical and natural resources and the promotion of Kelkit's zilli bell rugs to local and foreign tourists in addition to new markets. It will also contribute to the enlightenment of the region's history from past to present. As we will set up the sustainable tourism infrastructure of our city, we will trigger its tourism potential. Hence, the tourism destinations in the Black Sea Region will gain a new spot. When the restoration process is completed and the ancient city of Satala is rebuilt, we can present our historical and cultural heritage to the following generations in a proper way. Also the historical houses in the region will be restored and open to tourism. After all, the local people are also waiting for the restoration of aqueducts, bath and the inner fortress as soon as possible and their opening to tourism."

Mayor Taşbilek added that they will prepare signs and destination boards with information about the city's history, in addition to introductory posters and brochures.