Adana: A mix of nature, history, culture and cuisine 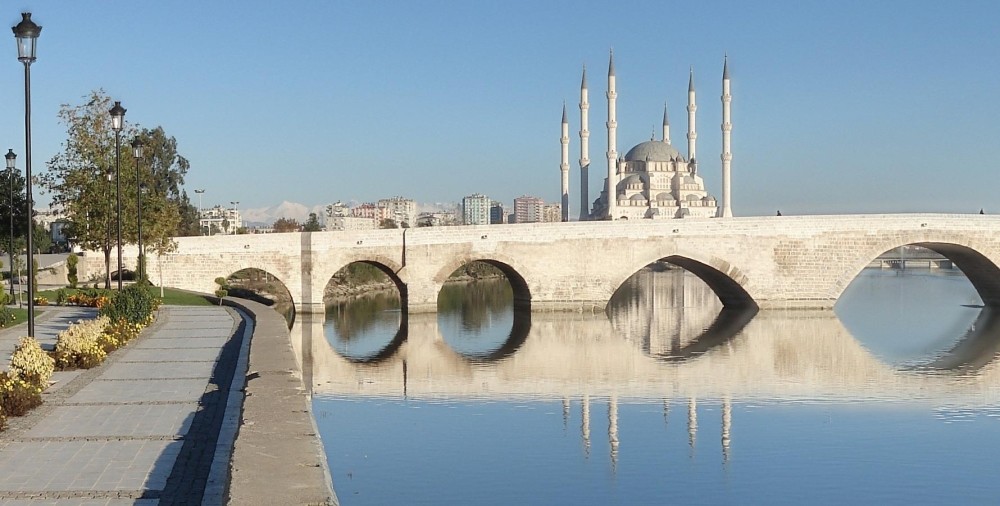 Tyrant Adanus and Sarus, the two sons of Uranus, lost their war with the people of Tarsus and established the city of Adana together. While Adanus gave his name to Adana, the Seyhan River took its name from Sarus. There are many other stories like this, telling how Adana, which hosted Hittites, Assyrians, Romans, Arabs and Ottomans, was named. However, one certainty is a very old settlement that dates back to the 3000s B.C. that has hosted many civilizations.

With its precious history, Adana is one of the must-see cities in Turkey.

It is situated on the Seyhan River, 35 kilometers inland from the Mediterranean, in south-central Anatolia. The Zamantı River, which joins 80 kilometers north of Adana to form the Seyhan River, passes through the city and changes its color with its green-blue tones. It offers a visual feast, especially to those who deal with the art of photography.

There are also many other historical sites in the city, such as Taşköprü, the Grand Mosque and Büyük Saat (The Great Clock Tower). In addition, the city has a wonderful cuisine with many tastes for visitors.

How to get to Adana?

You can travel to Adana by land and air with many flights to Şakirpaşa Airport, including international flights. The airport is five kilometers from the city center, which is easily accessible by bus, minibus or taxi.

Fly to the city in early spring to be welcomed by warm sunshine and palm trees along the road that quickly reaches the city center. Have a traditional Turkish breakfast or start the day eating ciğer (liver) like the locals. Fresh Adana böreği, pastry with cheese, is another option.

After having breakfast, visit historical buildings in the center. Stop at Taşköprü, the oldest bridge in use in the world, and the Seyhan and Yüreğir districts, which are separated by the Seyhan River. There are many stories about the history of this bridge, the symbol of Adana. It is said that Hittite king Arnuwanda I said during a war against Adania: "I fought against a city called Adania. A river flowed in front of it and also a bridge over this river."

When you cross this bridge over the Seyhan River, separating the city in two, feel the historical, mystical smell of the city.The magnificent Sabancı Central Mosque is located directly opposite Taşköprü. Opened in 1998, the mosque embraces the Seyhan River.

Next, visit the Grand Clock Tower of Adana, built in 1881 by Governor Ziya Pasha in the Seyhan district. The Grand Mosque is another must-see historical place. The mosque, built by Halil Bey in 1507 during the period of Beylik of Ramazanoğlu, Tuzla Khan is a part of a complex that consists of a madrasah, tomb and foundation palace.

The Saint Paul Church in the district of Seyhan, a Roman Catholic Church built in the 1880s, also attracts visitors. On top of this historical site is a 2.5-meter-long bronze statue of the Virgin Mary. Many historical buildings in the city have such historical richness, all located in the district of Seyhan. Meanwhile, don't forget to visit Yağ Mosque, the Ethnography Museum, the Archaeology Museum, Kazancılar Market, the ancient city of Anavarza, Varda Bridge and Adana Castle.

To escape city crowds, visit Seyhan Dam Lake, taking a refreshing break at cafes and restaurants in the surrounding area. The historical buildings are quite easy to reach since they are mostly located in the city center, but if you want to go to places far from the city center, rent a car.

Adana's cuisine has a wide variety of delicious dishes. The city's namesake kebab (Adana kebab); liver, which the locals have for breakfast; street foods such as karsambay, sıkma and tarsus; and traditional delicacies such as şirdan, kırkkat and bumbar offer different tastes for visitors. Although the first thing that comes to mind is kebab in Adana, the city has other delicious tastes, such as şirdan. It may look peculiar, but give it a go. Another delicacy is Bumbar, also known as Mumbar filling. This unique snack is prepared by filling large sheep intestines with a rice mixture and cooking. The locals also prefer bici bici, a dessert usually consumed in summer. Its main ingredients are grated ice, cooked starch, powdered sugar and sherbet. Peddlers even serve bici bici in winter.

Organized since 2017 to spread the delicacies of the city's food culture, the third Adana Delight Festival will be held in October. Another unmissable festival is the International Orange Blossom Carnival, an annual street event in April, a perfect time to visit Adana due to colorful images and the overwhelming scent of orange blossoms.