Harran's domed houses offer a peek into life 250 years ago 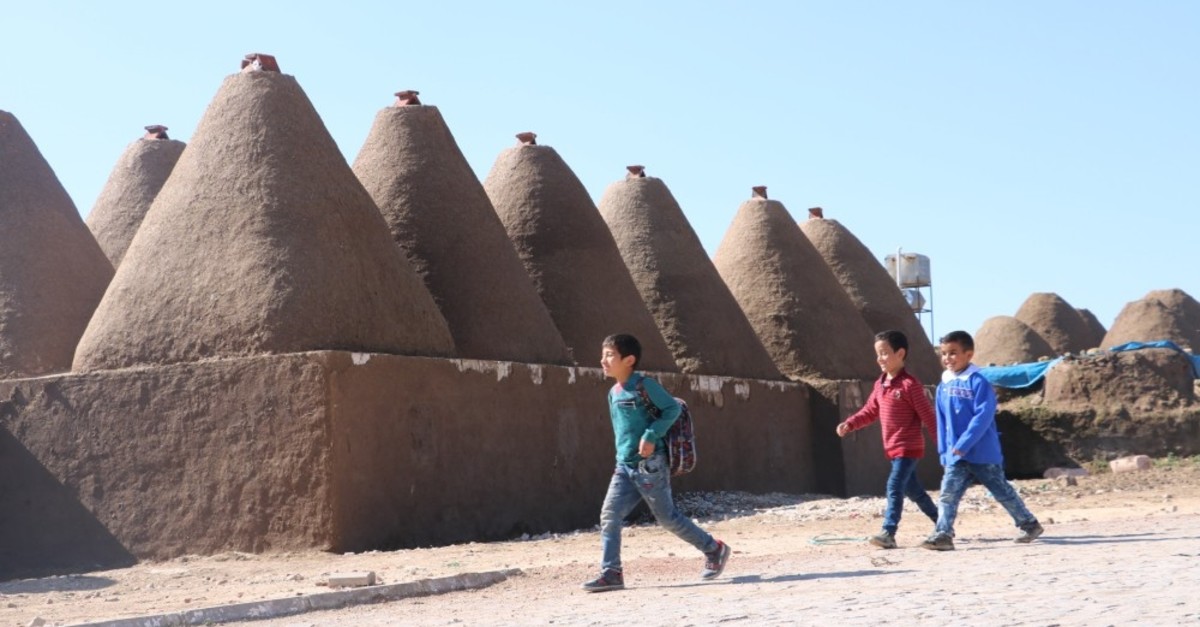 Şanlıurfa has become a center of attraction after Göbeklitepe, which is widely seen as ground zero for the history of humanity, was declared as the main tourism theme of 2019. Although the ancient remains of mankind's first temple dating back 12,000 years is the star attractions of the city, the 250-year-old vernacular domed houses of Harran district also get their fair share of visitors.

These unique houses are built on the top of a square-shaped building. Their unique architectural design allows the homes to provide a cooler climate during the summer and remain warm during the winter. Rose leaves, straw, soil and egg whites are used in the mortar of the buildings. Since the exterior of the homes is covered with wet clay, they have withstood the test of time, maintaining their original architectural features from centuries ago.

The houses, which have been restored with new mortar from time to time to prevent damage, are located in groups. The tops of the domes are open, allowing the homes to get sunlight and provide ventilation which allows smoke from the inside to escape easily.

As archaeologists have marked the sites of the houses as archaeologic ally important, the houses have been placed under protection. Although the houses are a major tourist attraction, they are not used by local people.