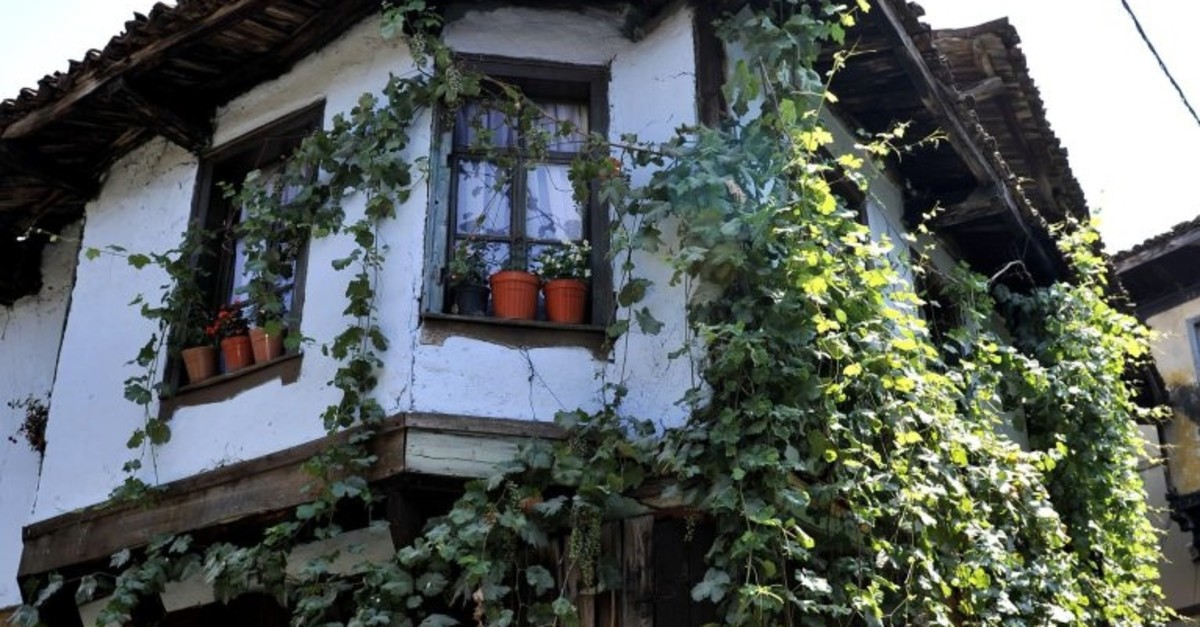 Cumalıkızık is among the most-visited villages in Turkey with its traditional houses with bay windows, cobblestone streets and centuries-old sycamores

In the chaos of daily life, the ability to travel allows us to rejuvenate and take a moment to stop and breathe. We sometimes feel the need to escape from our busy schedules and clear our heads. However, traveling is not just an escape but also about interacting with new people and cultures.

This is why discovering a hidden street or a small town in a metropolis always attracts my attention. I love observing architectural details and witnessing people's lifestyles in different places. Thus, I thought to visit the village of Cumalıkızık in Bursa, the former Ottoman capital. As I do not have much spare time, I made my way to the village for a day trip. However, I highly recommend spending more time here in good weather, particularly photo enthusiasts, as I am sure you will capture some perfect shots of the visual feast the village offers. Cumalıkızık was established in the 1300s during the early period of the Ottoman Empire. In those times, the word "kızık" was used to define villages, and there are four others in Bursa, which are Fidyekızık, Hamamlıkızık, Derekızık and Değirmenlikızık.

When I took a minibus from Bursa's city center to get to the village, which is 11 kilometers away, I thought it would be a challenging journey given the fact that the minibus was packed. Thankfully, it only took 20 minutes. When the minibus stopped at the entrance of the village, the first thing that I came across were local people selling homemade jams, tomato pastes, pickles, handmade wooden-carved boxes, bracelets and earrings. They were all trying to lure me to their booths, starting conversations with a huge smile on their faces. Then, the ancient sycamore trees caught my eye. Witnessing history, they added a fairy-tale atmosphere to this place right from the start. After walking a little, I saw some posters on the walls informing people that the village was registered on the UNESCO World Heritage List in 2014, as Cumalıkızık reflects the birth of the Ottoman Empire in the 14th and early 15th century.

I continued to walk the cobblestone streets and was mesmerized by traditional houses with bay windows. The houses were built with adobe, stone and wood mirroring the Ottoman architectural style and painted in different colors. Some of them were turned into cafes and restaurants, and their owners were trying to welcome me in. Although I was famished, I wanted to go around and discover the village first.

On my way to the heart of the village, I first visited the Bursa UNESCO Association Museum Küpeli House. Named after fuchsia flowers, known as the "küpe" flower in Turkish, which surround the house, it serves as a museum exhibiting pieces brought from Bursa and its villages. It was nice to see these things of cultural value here. After the museum, I came across a street named Cin Aralığı (Passage of Jinni). The street was so narrow that only one person could walk through sideways. I heard that the street was built during Ottoman wars so that people could escape from enemy attacks.

Even if I did not walk too much, the fresh air of the village made me feel hungry. Finally, I could not ignore the rumblings of my stomach and entered one of the house cafes. When I was inside, I felt like I had back stepped into Ottoman times. The interior design, tables and corner sets with traditional patterns created an authentic atmosphere.

The Turkish breakfast and various types of "gözleme" (traditional flat bread) stuffed with potato, meat, eggplant, spinach, and so forth, are famous foods in the village. I ordered two, and I must confess that I totally devoured them. Homemade products, including tarhana soup, dried fruits and "pekmez" (a type of molasses) were sold here as well.

After finishing my breakfast, I enjoyed a cup of Turkish coffee and had a nice conversation with the cafe's owner. She told me that there are nearly 270 historical houses here, but only 180 are suitable for accommodation. She also mentioned that there is a raspberry festival here every June.

If you are fascinated by the beauty of old villages like me and want to visit and spend a night here, there are some cute mansions you can stay in. On your visit here do not forget to buy the organic, homemade products from the villagers when you are returning home.