German town of Trier a passage through Roman Europe 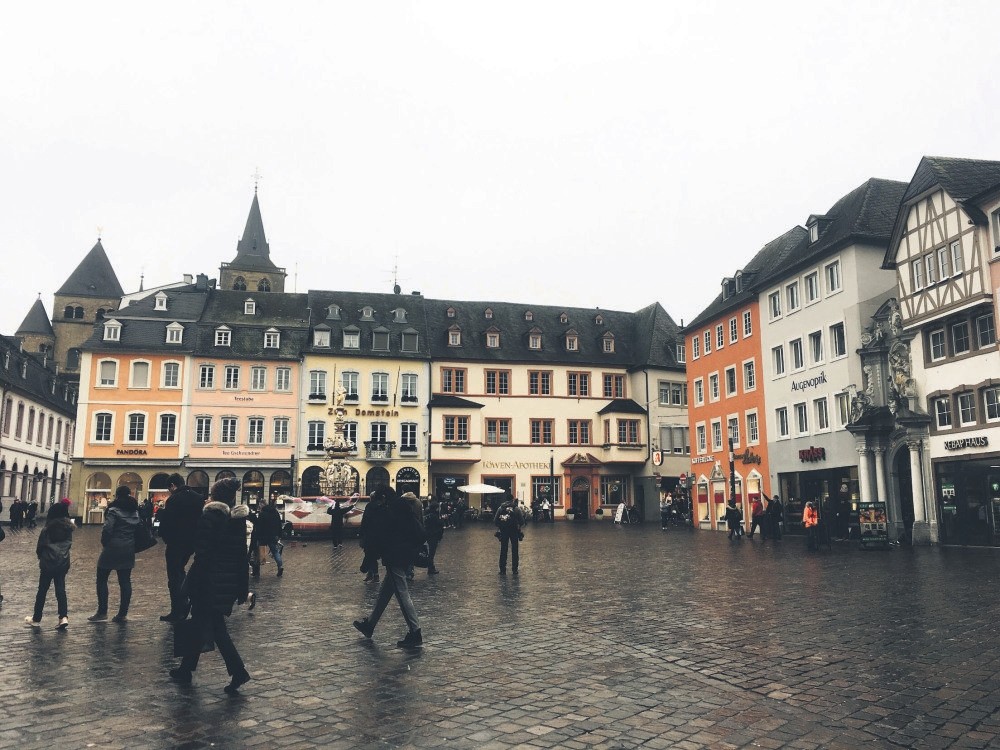 Once a Roman settlement, Trier, located on the River Moselle, invites its visitors to a journey through the ancient history of Europe

"I have fought my fight, I've lived my life,

From Trier to Cologne there was never a knight

Led a merrier life than mine!"

Charles Kingsley, a prominent British novelist and a priest of the Church of England, wrote these lines about a settlement along the River Rhine in his poem titled "The Knight's Leap: a legend of Altenahr."

The Rhine joins the River Moselle in Germany's Koblenz, which is called the "German corner," or Deutsches Eck, a landmark of the city and a popular tourist destination. Before turning to Luxembourg, there is a one last stop along the River Moselle; Trier is the second-largest city on the river and more importantly the oldest settlement in Germany, whose history dates back to the Roman conquest of the region. Some even claim that there was a Celtic town there long before and Romans thought it was worth conquering.

The city was chartered by the Roman Emperor Augustus in 16 B.C., adopted son of Julius Cesar and his chief heir. Though some historical sources say that the city was first conquered by Cesar himself, Trier was named after its ruling emperor of the time, Augusta Treverorum, with the second part referring to its former residents, the Celtic tribe of Treveri.

It was one of those freezing days in Germany with a bit of rain, in which one could feel the cold coming from sharp, grayish medieval castles that rise along the road. I felt regret for not bringing a jacket or a coat with me at first, however as soon as I set my foot on the ground, something changed. The weather warmed up, not like the temperature increased all of a sudden, but it was the tranquility of the city that made it warmer. I thought that sense of relaxation a city gives to a person was because of the time of the year, which was not a popular time for the tourists. Later I learned that the city is the same no matter the time of the year - the streets were always that calm, especially so when not overrun by crowds.

The first thing that welcomes a visitor in Trier was the Porta Nigra, or Black Gate, a gate into the city itself which is surely a welcome greeting for those who are well-versed in the city's history.

Porta Nigra is a giant gate that was called black due to its darkened stones in the Middle Ages, carrying all the glory and might of the Roman Empire as if trying to say its visitors that it still has the power that once ruled the region. Dating back to a time around A.D. 170, the gate is one of the city's four gates that remain today and is the largest Roman city gate north of the Alps. It was built without using any mortar or concrete to hold its huge stone blocks together, the greatest weight of which is up to six metric tons; according to research, only a certain type of iron clamp was used in the construction, which made the structure worthy of examination for architectural studies. There were even two churches within the gate that were built after a Greek monk lived as a hermit in it and died there in 1035, according to what a tour guide of mine, dressed up as a Roman army officer in full armor, told me. The churches and the monastery built near the gate in honor of the monk had served as a sanctuary until they were dissolved by Napoleon Bonaparte in 1802.

Fascinated by the majestic gate, I kept walking through the city center to enjoy a cup of coffee while giving myself enough time to be mesmerized by the cityscape. The city center was surrounded by houses, some of which represented the Baroque style while some remained from the German Renaissance and some others bore the fingerprints of the Classical era.

There was actually no perfect spot for having a cup of coffee with a couple of pastries since most of the small cafes are located in the midst of the same old yet picturesque cityscape. I preferred taking my coffee from a small car designed as a takeaway coffee shop which seemed to me as promoting the bustle of the city with all its coffee-to-go concept, in contrast with the cathedral standing behind it, looking down all that bustle in deep silence.

The High Cathedral of Saint Peter or the Cathedral of Trier is a Roman Catholic cathedral located in the center of the city and is the oldest church in Germany, while bearing the title of being the main example of early Gothic architecture in the country.

The cathedral, which fascinates its visitors with both its Romanesque bricks and the Baroque styled chapel, has been a source for several narratives, some of which say that it was established upon order of Roman Emperor Constantine the Great, also known as Constantine I, the first Roman emperor who converted to Christianity. According to the archaeological work carried out in the area, the four piers of the crossing of the present church, as well as parts of the brick outer walls have remained from that period of the emperors.

What makes Trier most worth seeing is that neither the cathedral nor the gate are the only structures where you can still feel the existence of the Romans. There was, for example, the Romerbrucke, a Roman bridge that still connects the two sides of the Moselle River almost two millennia after it was built.

The bridge was included on the U.N. Educational, Scientific and Cultural Organization's (UNESCO) World Heritage List, along with some eight other magnificent sites in Trier, including the previously mentioned Porta Nigra, the Roman Imperial Throne Room, the Imperial Baths, the Amphitheater, the Church of Our Lady, the Cathedral of Trier, the Barbara Baths, Igel Column and the Codex Egberti, the gospel book that was illuminated in the script of the Reichenau Monastery of Egbert, archbishop of Trier from 977 until his death on Dec. 9 993. The book has a miniature of Egbert himself and is currently preserved in the city's library. Nicknamed as "the Rome of the North," Trier, however, not only promotes itself with its ancient history, as it has something more to offer, a connection from more contemporary history that even challenges the city's Christian background. It was once home to a famous philosopher, Karl Marx, author of "Das Capital" and the founder of the communism, whose house still stands at the end of the historical avenue where it serves as a museum.

That was Trier, the last stop along the Moselle River before turning into Luxembourg, which offered me a great day during my latest trip to Germany while I knew deep down inside that the city kept many of its secrets, creating a need for a second trip to its enchanted lands.