Fairy chimneys in Çankırı soon to rival those of Cappadocia 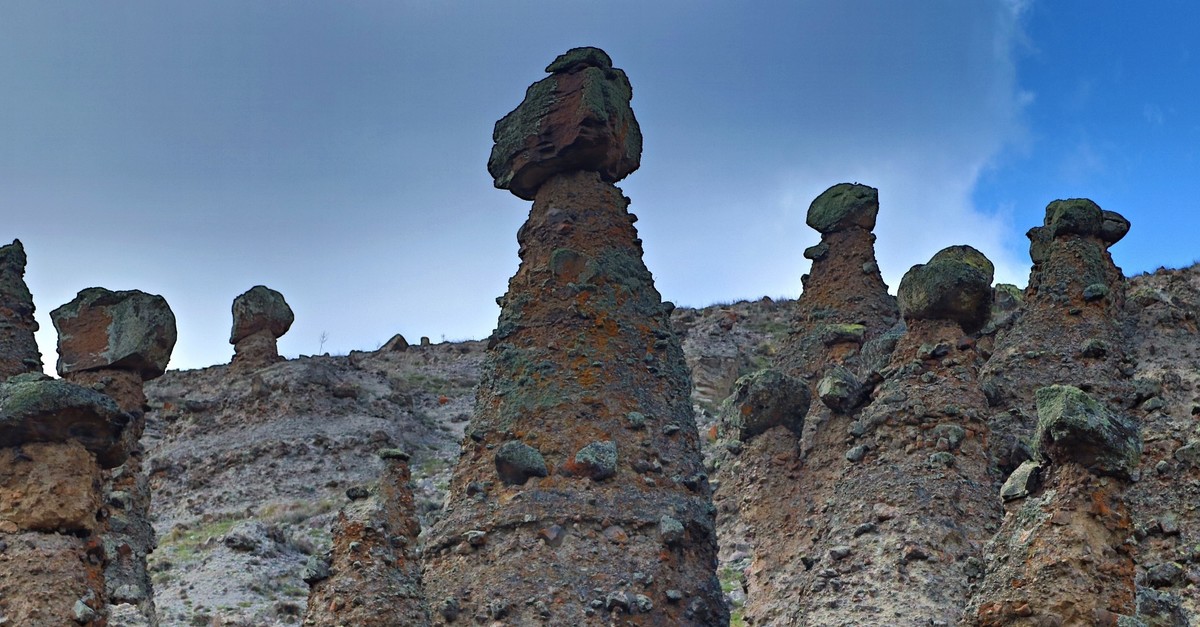 The end result of a geological process that began millions of years ago when volcanic eruptions reigned, fairy chimneys are the signature sight of Turkey's Cappadocia in Nevşehir, but fairy chimneys can be found in other places in Anatolia as well.

The fairy chimneys located in the Devrez Stream Valley of Çankırı in central Anatolia attract tourists interested in trekking and fishing.

Although there are nearly 150 fairy chimneys in the valley, Çankırı is not known for its chimneys. The area was listed as a protected area in 1990 and remains one of the hidden wonders of central Anatolia.

The site is quite popular among trekkers and amateur fishermen who fish in Devrez Stream. However, this hidden natural treasure will soon be revealed to the world. Through the initiative of the Çankırı Tourism Association, it is expected that infrastructure work will soon begin.

In order to protect the site, signs raising awareness about pollution will be erected in certain parts of the valley. A road will also be built so tourists have easy access to the site where the fairy chimneys dot the landscape. The association also suggested that a recreation area be built on the site, as well as a bridge over Devrez Stream.

Once the infrastructure work is done, Devrez Stream Valley and its fairy chimneys, which are located a little more than 100 kilometers from the capital city of Ankara, will be a major tourist attraction in the region.