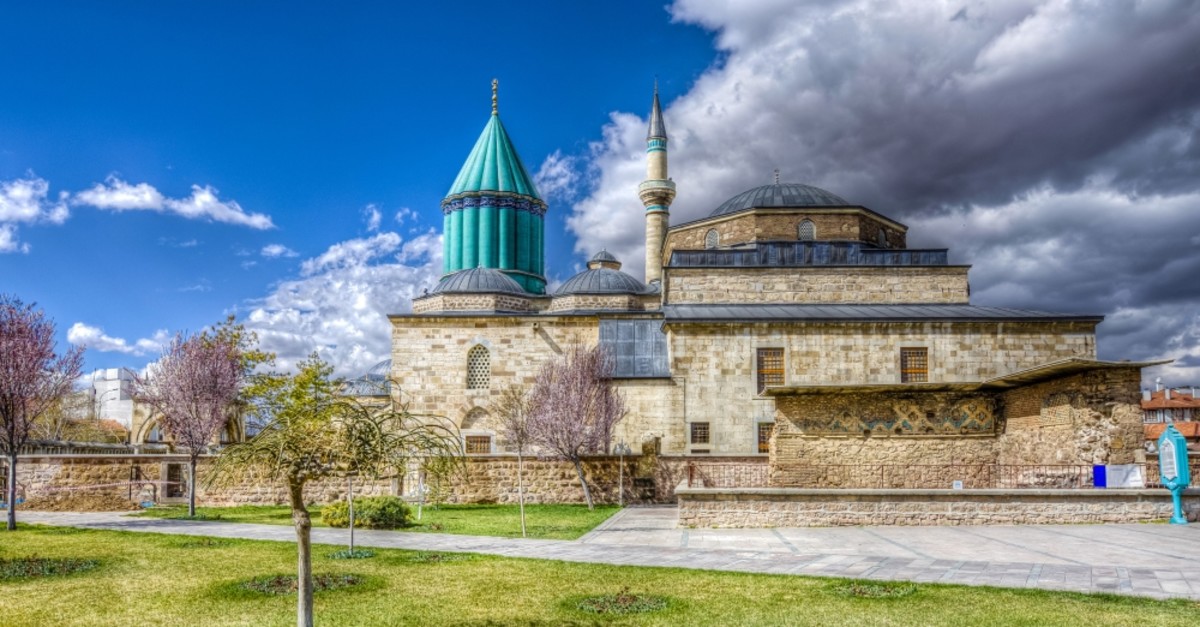 Featuring Rumi's shrine, a science center, the tropical butterfly garden and many mosques and churches, no place can compare to the hidden magic of Konya

"Come, come, whoever you are. Wanderer, worshiper, lover of leaving. It doesn't matter. Ours is not a caravan of despair. Come, even if you have broken your vows a thousand times. Come, yet again, come, come." In this famous quote, Jalal ad-Din ar-Rumi, better known as Mevlana or simply as Rumi, welcomes strangers regardless of their imperfection. Now, it was my turn to find him and his spiritual disciplines in central Konya where he spent most of his life.

I visited Rumi's city during the "Teşrif-i Konya" (Honoring Konya) celebrations that were held for the 791st anniversary of Rumi's arrival in the city. As part of the celebrations, we would arrive by train from Istanbul. I had only traveled by train once before from Ankara to Istanbul. However, I should confess that I spent this previous journey sleeping all the way because I was tired. Therefore, the idea of a train journey with eyes wide open this time made me very excited from the get-go. I was also dying to discover the city's historical and cultural heritage.

With these thoughts in my mind, our journey started. It was impossible to close my eyes because I was witnessing perfect views whenever our train turned a curve. First, beach-like places reminded me of how I have missed summer holidays. Then, the wide steppes appeared accompanied by many cute sheep and horses. As our train advanced slowly, I committed these splendid landscapes to memory. After passing Eskişehir province, our train picked up speed, making me feel more excited.

We chatted with other guests and finally reached the city a little bit later than we thought. As we had a full program, we immediately hopped on buses to go to Rumi's shrine, located in the heart of the city. Luckily, the train station was not far from the city center. At the shrine, people had come together and started the Gülbang prayer (a prayer of Janissary band members), part of the celebrations at the Shrine of Rumi.

When we entered the shrine I was dumbfounded. The decoration was so glorious and magnificent that I could not focus on the prayer. The tomb of Mevlana and that of his father, which was adjacent, were covered with a large velvet cloth embroidered in gold. The prayer ended and the crowd left, leaving just our guide and us. He told us about the life of the great philosopher Rumi, who was initiated into Sufism by Burhan al-Din, a former pupil of his father, moved to Konya after Aleppo and Damascus and became a Sufi teacher in the city. The strangest event in his life was his meeting with wanderer Shams al-Din of Tabriz. For Rumi, he was the complete man and divine beloved. They became friends of the heart. Today, a statue has been built where these two spiritual men met in Konya. 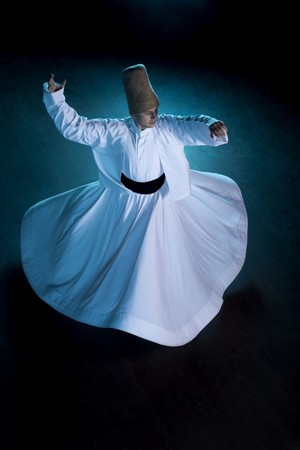 After the death of Rumi, this green tomb, which dates back to Seljuk times, was built. The adjoining Selimiye Mosque and the rooms around the shrine were later added by Ottoman sultans. Our guide said that these rooms were formerly used as quarters for dervishes who were trained here via ordeal, one of the most important features in the Mevlevi order, in which they completed challenging tasks for 1,001 days to become a dervish.

After the shrine, I started to hear the rumbling of my stomach. Everyone in the group was starving. Thus, our next stop was a restaurant where we would taste traditional cuisine, starting with okra soup. I had never tasted okra soup before, which I regretted as soon as I took my first sip. It was delicious. Then, the main dish, fırın kebap, was served. The meat was well done, and salad and yogurt accompanied it. After the kebab, came the traditional sac arası and höşmerim desserts. Sac arası is a dessert prepared with sherbet, while höşmerim, cooked in various ways in different regions, was like flour halva.

After this feast, we attended a concert by Le Trio Joubran, Palestinian oud players, and our first day in the city ended. On the way to our rooms at a central hotel, I felt eager and ready to see the rest of the city the next day.

The second day started at the first light of the sun. After a quick breakfast, we left the hotel and went straight to Konya Science Center. At the door of the center, we saw many children whose excitement could be seen in their eyes. I did not know what was waiting for us inside and was as excited as the children. Another guide welcomed us to introduce the center, which has six exhibition galleries: Sultans of Science, Our Body, Our World, Our Universe, New Horizons and Basic Steps. Visitors learn new information on various subjects and try interesting activities. For example, we learned about Muslim scientists in Sultans of Science and found how a nine-magnitude earthquake feels with the ground shaking. Then, we went to the planetarium where views of the sun, stars, planets and other celestial objects are projected onto a dome-shaped ceiling with the help of a special reflector. We watched a video there and felt like we were among the stars. However, this three-dimensional experience made us dizzy.

While we could not quite catch our balance we got on the bus in a rush to head to the Konya Tropical Butterfly Garden. I'd heard about the garden before. On the bus, our guide warned us that the weather inside would be hot and moist. Finally, we arrived and a biologist welcomed us. She said it was the largest butterfly flight area in Europe with 98 species of plants and 20,000 butterflies flying around.

In the garden, see butterflies in harmony with each other and nature and witness the excellent design of their elegant wings. The tropical weather inside was definitely a bit suffocating. Nevertheless, it was an amazing and remarkable experience to see butterflies dancing in the air. If you are lucky, maybe a butterfly lands on your shoulder and accompanies you throughout your walk in this mystical atmosphere.

Leaving the garden, we felt hungry again: Time to try other traditional tastes. Konya has a rich cuisine. This time, we tried etli ekmek, meat on a thin crust with cheese and minced meat. Ayran and cheese stuffed mushrooms accompanied this delicious pastry. Feasting on these appetizing foods was excellent but we had one more stop: Sille Village.

Sille Village is a small settlement on the borders of the city. Having been home to Greeks who lived there peacefully in the past, it has a different culture from Konya, featuring various beliefs. The roads started to get narrower on our way to the village. The first place that we visited in the village was stunning the Greek Orthodox church of Agia Eleni. Our guide led us to the entrance. The very first moment we stepped into the church was miraculous. I was so impressed by the icons on the walls and dome. 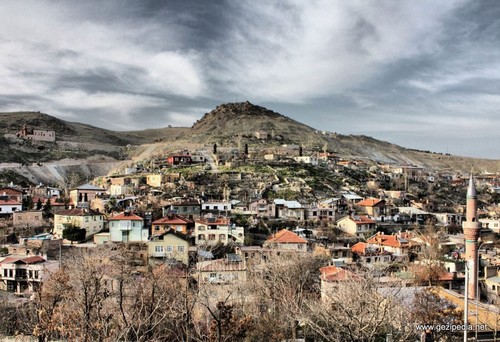 Sille was one of the few Greek villages in central Anatolia before the population exchange between Greece and Turkey.

Jesus Christ, Mathew, Mark, Luke and John, the six-winged Seraphim angel, Adam and Eve are among the figures inside. After the stunning church, we walked up a hill through Sille Chapel, which serves as a Time Museum now. The museum, where many works dating back to the Roman, Ottoman and Republic periods such as astrolabes and calendars are on display, is a first in Turkey.

After Sille, we made our way to the station to catch our train. However, Konya has many other mosques, like İplikçi and Aziziye Mosque. Add these mosques to your list in addition to the destinations I mentioned above if you have more time.