Colorful hot air balloons from 20 countries to fly in Cappadocia 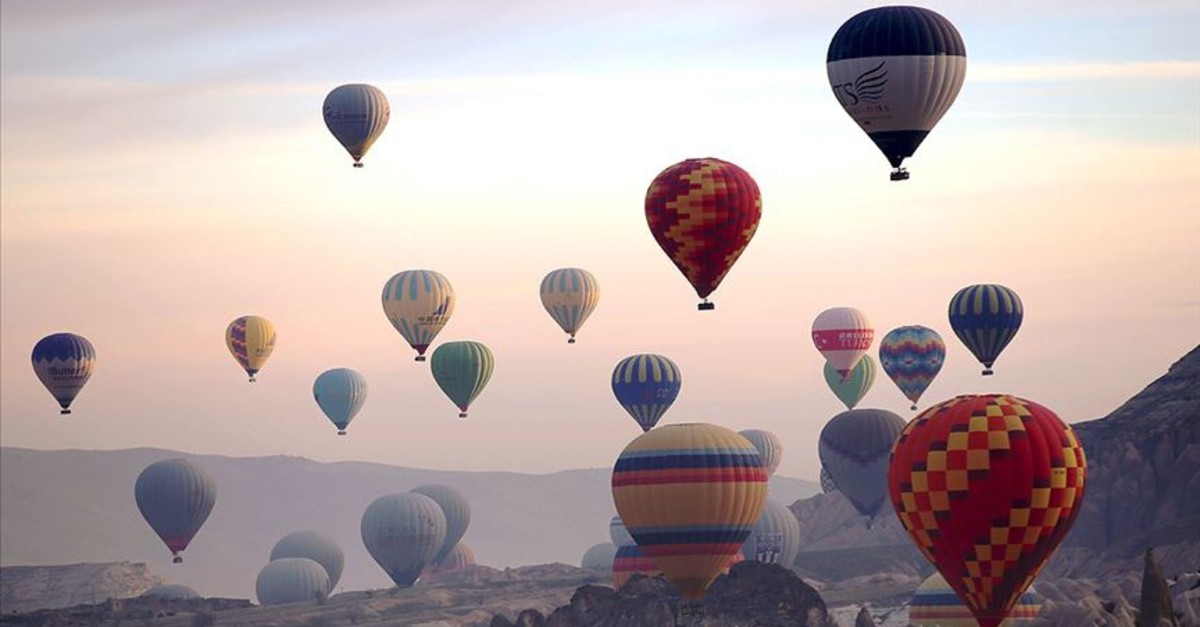 20 balloons from different countries will color the sky during the Cappadocia International Hot Air Balloon Festival.
by Anadolu Agency Jun 17, 2019 12:24 am

In Cappadocia, one of the most important tourism centers in Turkey, an international hot air balloon festival will be organized for the first time.

According to the statement of Ürgüp Municipality, the Cappadocia International Hot Air Balloon Festival will be held between July 3 and 7.

At the festival, which will start with shows by folk dance groups from Georgia, some 150 hot air balloons that serve in the region will perform six flights.

The U.S., Spain, Poland, Switzerland, Indonesia, the U.K., Slovakia, France, Holland, Japan and Mexico will attend the organization with 20 balloons.

Ürgüp Mayor Mehmet Aktürk invited everyone to the festival, which is expected to be the scene of many colorful images.