The tranquil life of a migratory beekeeper 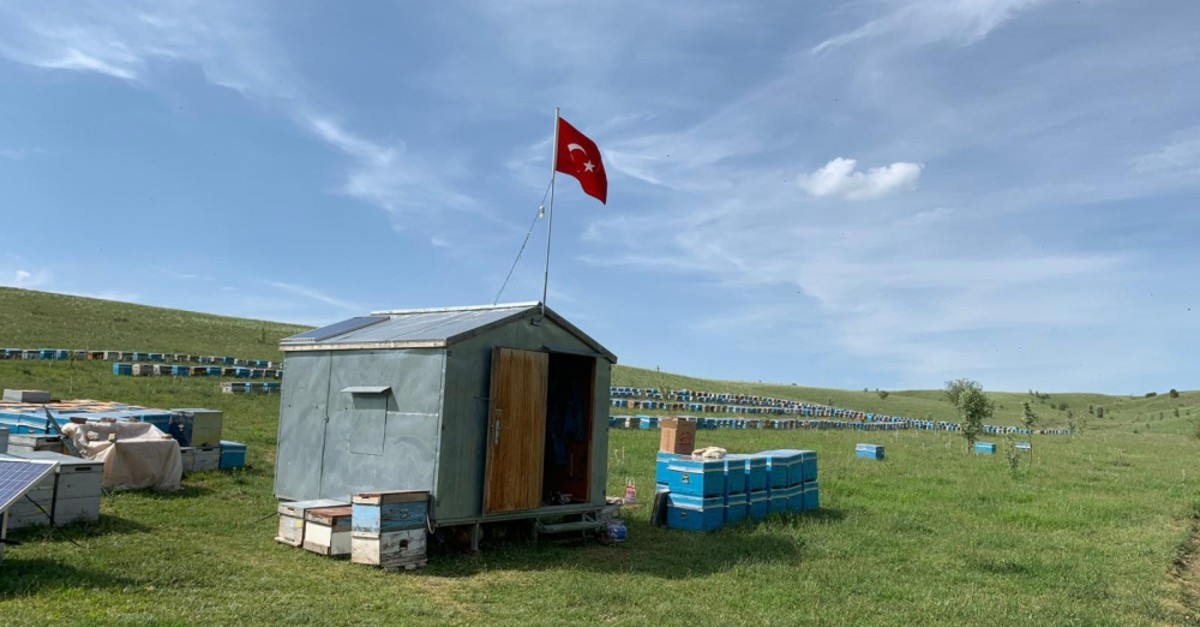 With the recent decline in honeybee numbers, migratory beekeeping is a peaceful career that not only produces delicious wildflower honey but also promotes bee populations and the environmental benefits they provide

For the next four months, Sadık Özsoy, a second-generation migratory beekeeper, and his 400 hives will camp out in a secluded valley in the central Anatolian province of Çankırı. At around 40,000 bees per hive, he is the permanent guardian of 16 million tiny lives. During the months spent away from his native Muğla province in southern Turkey, Özsoy stays in a small, portable wooden hut next to the hives miles from the nearest town. He spends almost 24 hours a day near the bees. Wired to solar panels, his temporary 5-square-meter home does have a few modern conveniences: a TV, a tiny refrigerator and a gas stove. Surrounded by rolling hills and only the sound of millions of buzzing bees, he says it's a peaceful and secluded way to work.

"I started coming to this village with my father and the bees when I was 7. Now, I'm 46." Unfortunately, his family's beekeeping tradition will most likely end with him.

"My children aren't very interested in the bees," he said, with a slight, sad smile.

Migratory honey beekeepers collect four to five harvests annually and an average of 50 to 60 kilograms of honey per hive yearly versus stationary keepers who only benefit from one to two harvests, collecting on average 10 to 20 kilograms per hive per year.

"Every hive, on average, will produce around 15-20 kilograms of harvestable honey per season. Keep in mind, when we harvest the honey, we leave at least half for the bees or else they'd die. Of course, it depends on Mother Nature as well and the season's weather. Before moving the bees to a new location, we drive up to check the conditions. If it's too dry or there doesn't seem like there will be much for the bees to pollinate and produce, we use alternate locations because transporting the bees, hives and other supplies across the country alone costs between TL 7,500 and TL 8,000," he explained.

On average, honeybee colonies include 20,000-50,000 female workers, one queen and hundreds of male drones.

In general, Özsoy said the hives are self-sufficient, "When the queen starts to become passive, the colony beheads her and finds a fresh replacement. I let my colonies choose their own queens. Some keepers buy queens from sellers, but it isn't healthy for the hives. The sellers raise queens in tiny boxes and then sell them, but when you take that queen and put her in a foreign colony, three months later you'll find they've beheaded her and replaced her with one of their choosing. So, I've learned it's no use to introduce a queen." 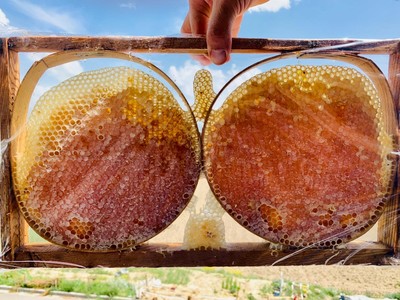 Purchasing a queen can also be costly.

"Often queens range in price between TL 70 to TL 80. One of my colleagues paid TL 750 for three queens last year. The average lifespan of a queen is two years, though they may sometimes live for three. She will lay around 2,000 eggs a day, but when she starts dropping down to around 500 a day, they kill her off and replace her with a female from the hive," he explained.

To provide nourishment for the colony, worker bees collect and use nectar to make honey. A single worker bee visits up to 10,000 flowers daily. In her lifetime, which lasts between three and six weeks, she collects 4 grams, or around 1 teaspoon, of nectar. Around 3.5 kilograms of nectar are needed to make 1 kilogram of honey and to collect that amount, worker bees have to visit 2 million flowers.

Though Turkey has a rich variety of flora, Özsoy said, "I've been to Sivas and many other places around the country, but none compare to the spring and summer wildflowers here in Çankırı."

Crucial for ecosystems and agriculture, pollinators, including honeybees, facilitate the reproduction of more than 87 percent of all flowering plant species worldwide, meaning they are responsible for one in every three bits of food we eat. However, overuse of pesticides and other chemicals, mostly in agriculture, have adversely affected bee populations. Despite making an effort to work in rural, sparsely populated areas, Özsoy stressed, "People everywhere seem to be doing everything in their power to ruin nature. For example, see that natural spring across the road there? See those bags? They're full of pesticides and all the fields nearby have been heavily doused with them, as well... I try to produce a natural product and set the hives up in remote areas, but the bees travel as far as 5 kilometers to collect nectar and whether I want them to or not, they are inevitably exposed to some sort of chemicals or pesticides. No matter how much I try to tell farmers not to use the chemicals, they don't listen. Nowadays, nothing is natural."

With 400 portable hives, elevating them all is almost impossible; instead, Özsoy places them directly on the ground. In the middle of the open plain, large animals like bears don't pose much of a threat to the hives, but one tiny critter tends to wreak a lot of havoc.

"Hedgehogs. They can smell the bees. They come at night and bang on the hives. When the bees come out to investigate, they simply open their mouths and the bees fly right in. Sometimes I'll wake up in the morning and a whole hive of bees will be missing. When I can, I catch them and drop them off a few kilometers away. I don't blame the animals for being hungry," he said.

Turkey is the second-largest honey producer in the world, with China coming in first. According to the Turkish Statistical Institute (TurkStat), Turkey produced 107,920 tons of honey and exported 5,912 tons in 2018. Though Özsoy has an excellent, natural product, competition between independent beekeepers in the southern part of the country is fierce.

"When everyone is producing at the same time, it's hard to get a good price. In Muğla, one of the main areas for beekeeping, there are around 5,000 independent beekeepers. You try and compete with that," he said.

To help support local producers like Özsoy, it's crucial that consumers seek out independent craftsmen and skilled professionals and buy directly from the source. This not only helps local economies, but it also ensures that you get the highest quality products at the best price.