Best sunset in the world: Majestic views over Mt. Nemrut 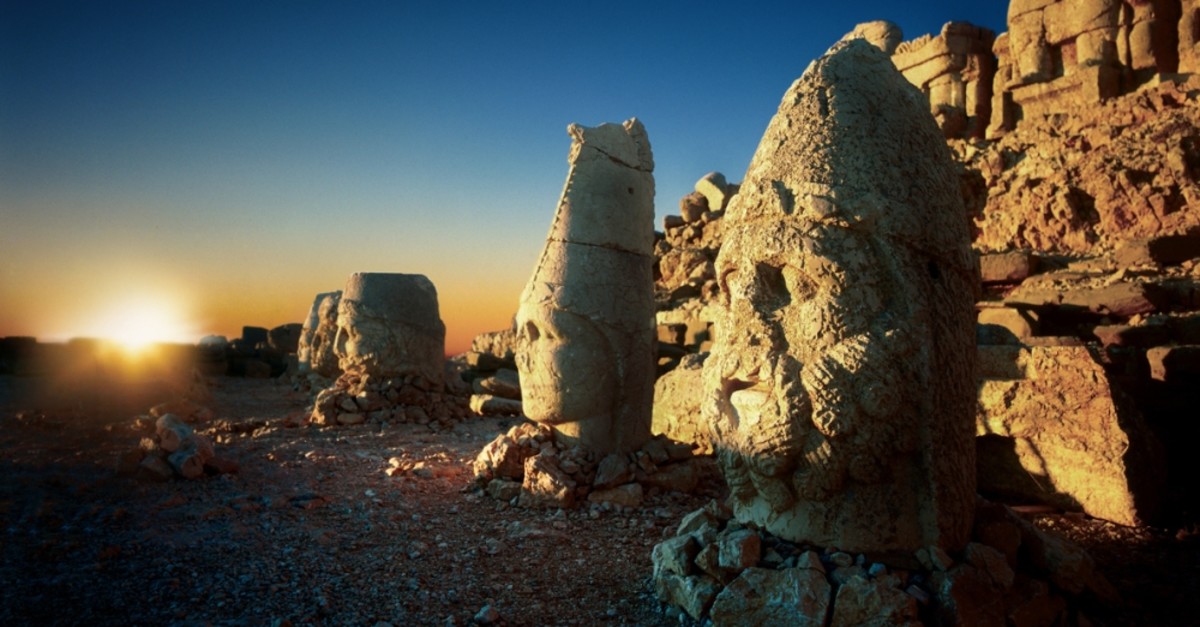 Turkey's majestic Mount Nemrut continues to attract thousands of tourists, who hope to experience its breathtaking sunrises and sunsets.

The mountain, located in the Kahta district of southeastern Turkey's Adıyaman, has been designated a UNESCO World Heritage Site owing to its rich history. Its peak can be reached after a challenging 800-meter trek which takes around 40 minutes. It attracts tourists from around the world with its 50-meter high and 150-meter wide temple tombs.

Larger-than-life statues of Greek and Persian gods dot the landscape. A carved lion and an eagle at each end flank the giant sculptures. The monuments were erected on the orders of the late Hellenistic King Antiochus I, during the Commagene Kingdom, in the first century B.C.

Some legends say the Biblical King Nimrod was buried at the site. Some Islamic and Jewish traditions state that the Prophet Abraham confronted and defeated the evil King Nimrod on the peak of the mountain.

Nearly 100,000 tourists visited the mountain last year. But as its popularity soars, in the first three months of this year 35,000 people have visited the site.

Adıyaman has been receiving a steady stream of tourists as it is on the tour route for southeastern Turkey. Graham Douglas, a tourist from Australia, who saw Nemrut's famous sunset said: "The scenery I saw was wonderful. There's no other place like this. I was also very impressed with the statues here," he added.

Mustafa Yılmaz, a local tourist, said, "The sunset is so beautiful it cannot be explained in words."