Experience nature at its best at Kaplancık Canyon 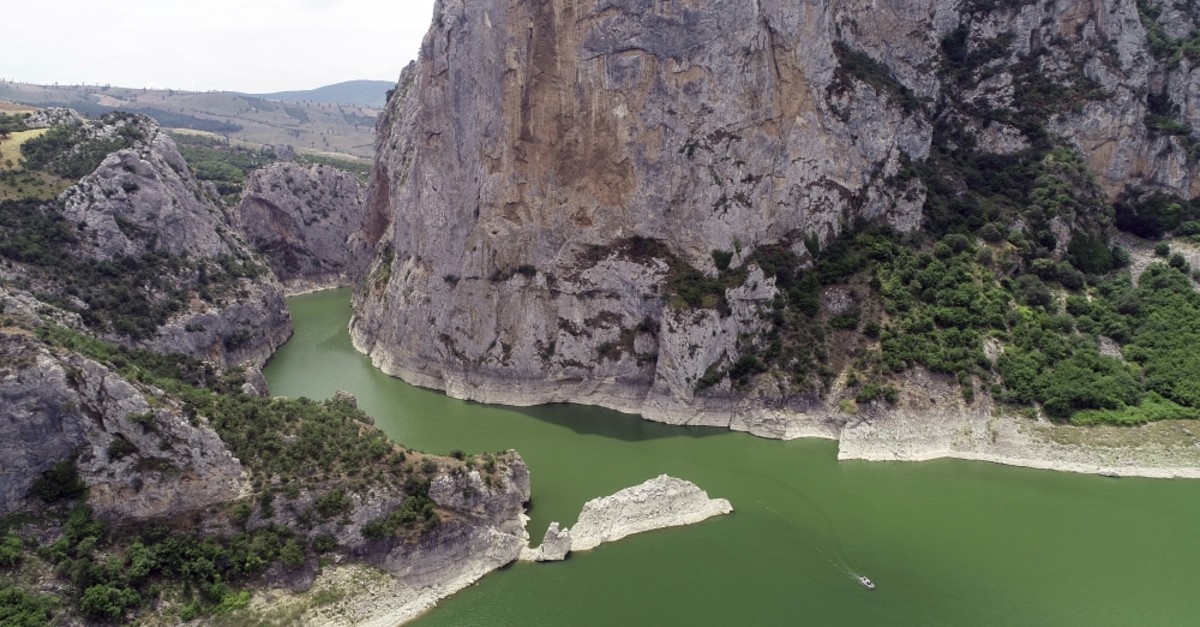 The Kaplancık Canyon, located in the Altınkaya Dam Lake basin, is a major tourist attraction in northern Turkey's Samsun.

The canyon falls under the city's Vezirköprü district, some 23 kilometers away from the city center. It is the second canyon in the basin after the Şahinkaya Canyon.

The turquoise and green waters of Kızılırmak in the canyon, the trail between the cliffs that go as high as 2,000 meters, offers some mesmerizing views. The large and small islands that can be seen in the canyon turn the visit into a visual feast here. The Kaplancık Canyon and Kaplancık Neighborhood also bear traces from the Hellenistic and Roman periods. 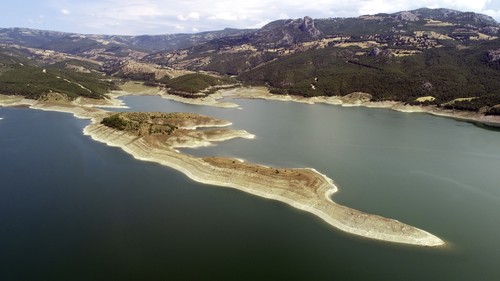 Kaplancık Canyon is located inside the Altınkaya Dam Basin in Samsun.

In addition to its natural beauty, the Kaplancık Canyon also provides an amazing environment for sports like canoeing, dragon boat racing, paragliding, paramotoring, base jumping, slacklining and highlining as well as rock climbing and hiking.

He described the Kaplancık Canyon as a "hidden gem waiting to be explored" and noted that they conduct introductory works for the canyon together with the Samsun Metropolitan Municipality.

Sefacı reported that the road going to the canyon was rebuilt in order to attract the attention of local and foreign tourists. "Then, we will organize various festivals in order to promote the canyon's natural beauty."

Residents of the Kaplancık neighborhood said the canyon is a natural wonder. They said, "In the canyon, there are small and big islands. Like the Şahinkaya Canyon, we want the Kaplancık Canyon to be introduced to tourism."