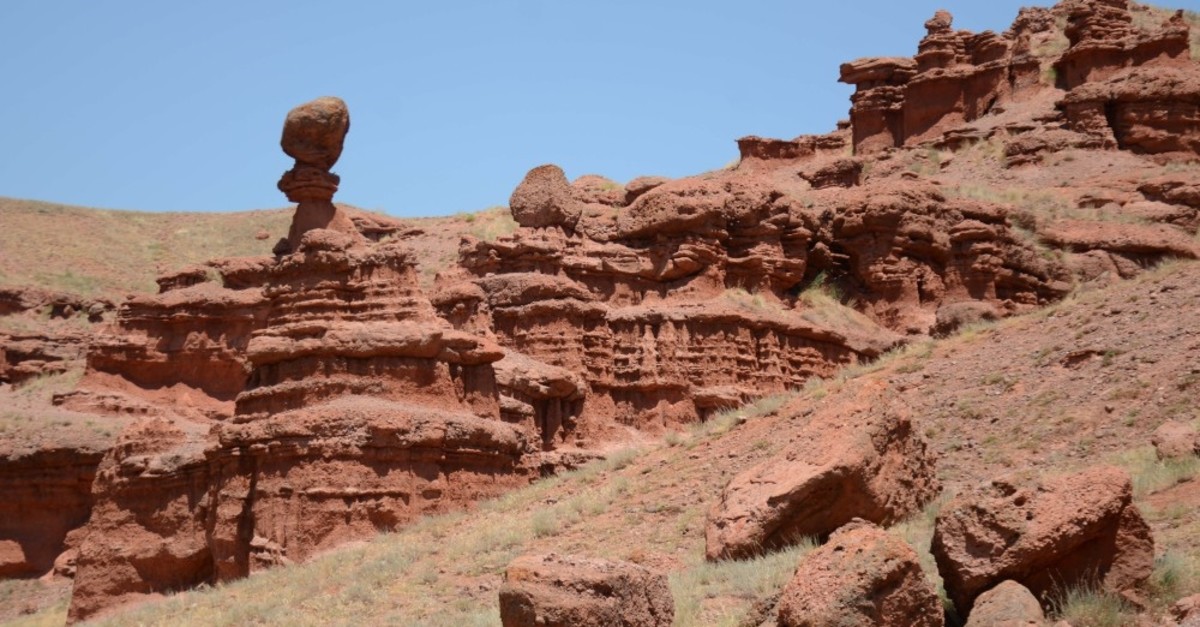 Red chimneys of Erzurum are also known as Narman fairy chimneys.
by Anadolu Agency Jul 13, 2019 12:15 am

With their impressive and surreal structures, the red fairy chimneys near eastern Turkey's Erzurum have become the top destination for local tourists.

The formation of this impressive cluster of tall, cone-shaped rock formations, called Narman fairy chimneys, took millions of years in the making. Also known as the "Land of the Red Fairies," the region impresses visitors with its impressive geological features and appearance. In terms of structure and color, they draw parallels with the Grand Canyon in the U.S.

With an increasing demand from holidaymakers, a number of tour operators have made the chimneys part of their itinerary.

In the 62-kilometer valley, there are five lodging facilities, routes for bicycles, horses or quad bikes and trekking trails.

Harun Modoğlu, one of the tour operators, told Anadolu Agency (AA) that fairy chimneys in Cappadocia, Nevşehir is one of Turkey's major tourist hubs. It became a UNESCO World Heritage Site in 2012. The fairy chimneys were opened for tourists in 2010. "We will also arrange day tours once the hotels are built in the region," Modoğlu said.

After visiting the region for the first time Erdem Aslan said he found the fairy chimneys very beautiful. "I recommend everyone to visit the Narman fairy chimneys. I have been to Cappadocia but have never seen such a colorful place. The red color adds a different character to this place," said Aslan.