Tired of hot weather, people cool off at Girlevik Waterfall 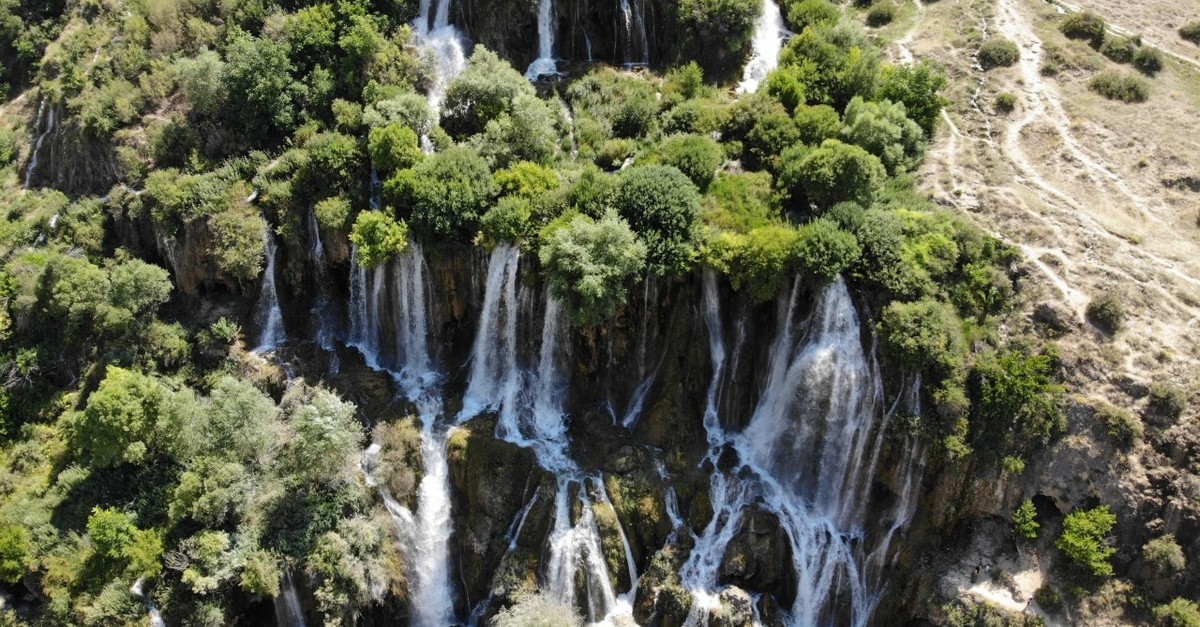 Girlevik Waterfall is located in the foothills of the Munzur Mountains.
by Anadolu Agency Aug 02, 2019 12:30 am

Girlevik Waterfall, where 40 meters of icy water from the foothills of the Munzur Mountains spills over, has been frequented by many local and foreign visitors overwhelmed by the heat in Erzincan, where the air temperature often hits 38 degrees Celsius.

Girlevik Waterfall, located 35 kilometers from the city's center, is fed by nine natural springs on the borders of Kalecik village in the foothills of the Munzur Mountains. The waterfall attracts visitors in all seasons. With temperatures hovering above normal, people overwhelmed by summer heat flee the city's center, where thermometers point to 38 degrees Celsius, to cool off in Girlevik Waterfall and enjoy the Ekşisu picnic area.

Ersin Uğurlu, one of the picnic goers in the area, said he came to Girlevik Waterfall to get cool with his family. "It is cool and has perfect nature. I want everyone to come and see this place. The temperature has been abnormally high for about a week. You feel this the most in Istanbul because of the humidity. Now, it is incredibly nice to be under the cool waters of the falls," he told.