Following in Aristotle's footsteps on the Aegean Coast 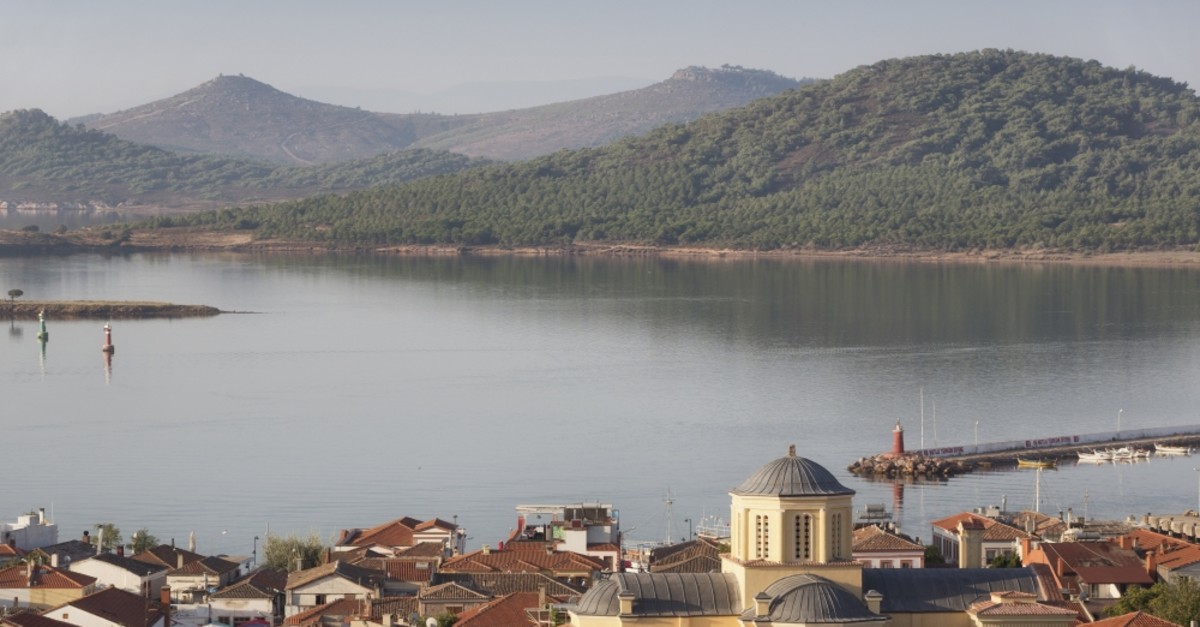 Cunda Island stands out with its nostalgic streets and old school shops, restaurants.
by Idil Demirel Aug 17, 2019 12:13 am

If you want to try different summer locations before the season ends, we invite you to take a road trip to Dikili and Ayvalık and enjoy the crystal blue waters of the Aegean

Dikili is the northernmost district of İzmir with a 40-kilometer coast surrounded by the Aegean Sea to the west and south. It is one of the few places in Turkey with the largest number of blue-flag beaches. With its deep blue sea, long beach and nature nestled in green and blue, you can be sure that it will steal your heart as soon as you step in. There are luxurious sites and hotels in Dikili as well. If you are one of those who miss Alaçatı's nature and the slightly shabby, bohemian atmosphere of 10 years ago, you should definitely set course for Dikili.

Surrounded by olive trees, sunflower fields, citrus fruits, pine and palm trees, you can enjoy delicious fish, appetizers and salads at every restaurant you step in. The fertility of its land and the beauty of the coast is so fascinating that you will not be surprised to learn that its history dates back to 5,000 B.C. As a result of the excavations in the first settlements, it was discovered this area where the Achaeans lived was called Aterneus. These lands were once home to the Lydians, Iranians, Phrygia and Mysians, and later the Romans, Bergama settlers and Byzantines, Genoa, the Seljuks and the Ottomans in the Middle Ages. Famous figures such as Aristotle, Hermos, August and Alexander visited the old cities and sites in Dikili from time to time. If you happen to pass this region, of course, visit the Pergamon Museum, which is about 30 kilometers from the city center, where the ruins of the ancient city of Atarneus and the ancient city of Pitane (Çandarlı) are located. I am sure you will also admire the plain of Atarneus, the first city-state founded by the Achaeans in Ağılkale. Considered a genius of classic philosophy, Aristotle wrote some of his works that have become the basis of the philosophy some 2,400 years ago in Atarneus, today known as Aristotelian Hill. 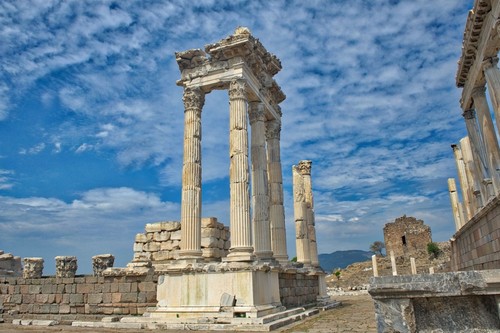 If you happen to be in this area, visit Bergama, about half an hour from the center of Dikili. Bergama, founded on the ancient city of Pergamon, is one of the most important settlements in the history of civilization. Although the history of the region dates back to the Bronze Age, the earliest findings on the top of the fortress where the ancient city of Pergamon was founded belong to the seventh and sixth centuries B.C. The city came to prominence during the Hellenistic period and served as the capital of the Pergamon kingdom. Many buildings in the city bear traces of the Hellenistic, Roman, Byzantine, Seljuk and Ottoman periods, such as mosques, inns, baths, fountains, synagogues and the covered bazaar. Bergama, one of the most prosperous districts of İzmir in terms of culture, is like an open-air museum. The ancestor of medicine Galen and parchment paper are among the most notable contributions of the district to world cultural heritage. Bergama, the only ancient city with four theaters in the world, is one of the most significant ruins in İzmir and its environs along with Ephesus. The city was included in the UNESCO World Heritage List as a multilayered cultural landscape area on June 22, 2014 with its archaeological value and urban protected area as the 999th heritage site of the world and 13th heritage site in Turkey. 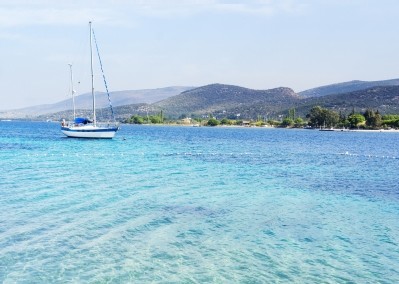 Kalem Island, located off the town of Bademli, famous for its beaches connected to Dikili, is known as Turkey's Maldives. You can reach the island by private boat from Bademli Bay. The Oliviera Resort is the only facility on the island. As soon as you step onto the island you will be welcomed by bougainvillea, flowers and trees native to different parts of the Mediterranean. It has a charming appearance with its white sands and white seating areas.

You can easily find restaurants where you can eat great food, as well as ambitious spas, stylish boutiques and diving courses. When you climb to the top of the island, you will find single-story and double-story rooms, a hotel building resembling a castle and numerous historical monuments. The island is almost like a botanical garden and an open-air museum. Of course, it is possible to stay here, but it is also used by travelers as a peaceful and stylish beach where you can spend the whole day.

Ayvalık, which is half an hour's distance from Dikili, is actually a charming town of Balıkesir province in the Aegean region. It is estimated that the first settlers in Ayvalık, known as Kidonia, which meant quince in ancient times, were from Lesbos and Crete. One of the first things to do in Ayvalık is to visit Cunda and the Devil's Feast on the Cunda road. There are countless hotels and beaches in the center and Sarımsaklı region. As in every holiday resort, Ayvalık has hostels, reasonably priced hotels, boutique hotels and luxurious facilities. After the luxury marina opened in Ayvalık, both the number of facilities and their quality have increased.

Cunda: Nature and flavors at best

Ayvalık's Cunda is the only place open to settlement among the 22 islands called Ayvalık Islands. The most important feature of the island, which attracts attention with its colorful and nostalgic streets and fresh air, is that despite its popularity, its natural beauty remains intact. The Rahmi Koç Museum and Sevim and Necdet Kent Library on the island are worth a visit. Patricia Bay, which is about half an hour away from the center of the island, is one of the most peaceful routes on the island. I recommend you see the Sobe and Bıyıklı beaches there. Do not forget to enjoy a cup of Turkish coffee with gum mastic at Taş Kahve and taste the delicious lokma, a fried sweet dough soaked in syrup, of the island. When it comes to seafood and appetizers, Cunda is also magnificent, as proven by the fact that all the restaurants on the island have been rated over four stars on TripAdvisor. The most popular hotel on the island is the Ortunc Hotel. Even if you do not stay at the hotel, you can take advantage of the beach and enjoy the unique views and nature all day long.