Kapuz Canyon, a natural wonder waiting to be discovered 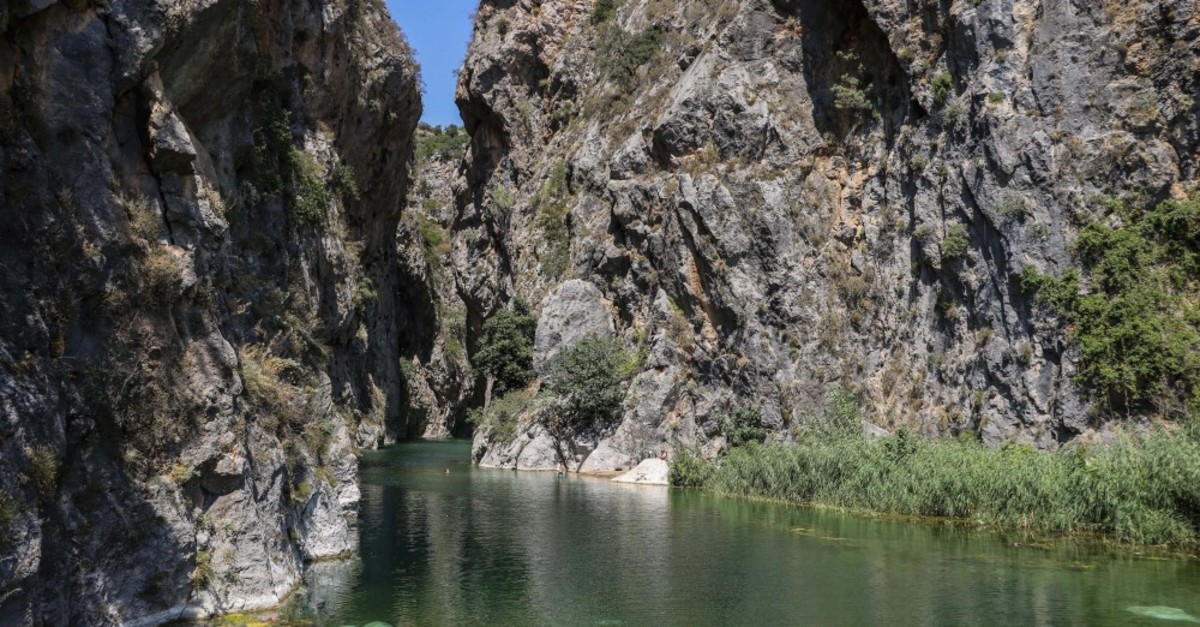 The Kapuz Canyon may be a lesser-known tourist spot in top Mediterranean resort province Antalya's Konyaaltı district, famous for its pristine beaches, but those who have actually explored the area were quick to dub it a natural wonder. It is located on the borders of the Aşağıkaraman neighborhood, some 10 kilometers away from the city center.

The canyon's unspoiled natural beauty fascinates those who set their eyes on it. It is mostly visited by local people during the weekends. Picnickers in the canyon often take a dip in the clear turquoise water of a stream that runs through it, while some prefer canoeing.

Konyaaltı Mayor Semih Esen recently visited the canyon. He said Kapuz Canyon is Antalya's undiscovered hidden gem, a secret paradise. "We will evaluate the canyon's potential for tourism and bring it up to standards. We want to bring tourism here in a sustainable way, without making mistakes." The mukhtar of the Aşağıkaraman neighborhood, Mesut Pöze, said their earlier efforts to introduce Kapuz Canyon to tourism remained inconclusive but that new efforts were in the works.