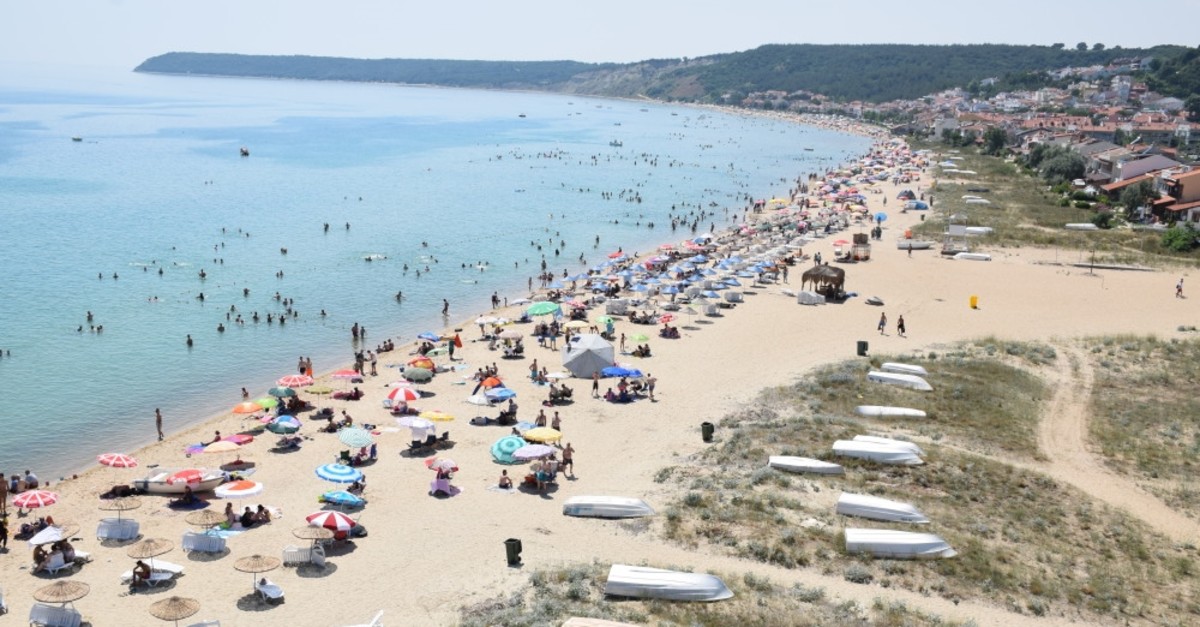 The Gulf of Saros in the North Aegean attracts those who love good food and a fun day by the beach.
by Anadolu Agency Sep 10, 2019 12:17 am

Saros, a newly discovered tourist destination in the North Aegean, has attracted a huge crowd this year thanks to its natural beauty, atmosphere, sea beaches and ports in the region.

Located in the northeast of the Aegean Sea, Saros is surrounded by Çanakkale's Gelibolu (Gallipoli) and Eceabat districts and Edirne's Keşan and Enez districts.

The Gulf of Saros, which was not known widely apart from the local people of Edirne, has started to welcome foreign tourists from different countries, especially from the Balkans. Guests enjoyed the region's gastronomy and clean sea in Saros.

Tourists throng the Yayla, Enez, Erikli, Danişment, Mecidiye and Gökçetepe beaches, lose themselves in the history of İbrice or have some rest at the nature parks. Saros also hosts surfers, enlivens the tastes buds of gastronomy lovers with its selection of organic products.

Keşan Mayor Mustafa Helvacıoğlu told Anadolu Agency (AA) that the Gulf of Saros is an undiscovered jewel. It is different from other Aegean and Mediterranean beaches because of its pristine cleanliness.

He said the touristic potential of the bay is high. "The perception of tourism has changed in Turkey and around the world. In the past, those who owned a summerhouse here could spend their holidays here. However, this perception has changed. Everybody has a right and the freedom to go on holiday. In this sense, there is a great tourism potential in the Gulf of Saros. The Balkans and Istanbul are important in terms of tourist numbers. We need to promote the area to draw more tourists," he added.

He said Saros' contribution to the country's tourism economy will increase further in the future. "While some return to their homes, others come to visit this place. We welcomed 3 million local and foreign tourists in 75 days. The government should promote Saros more. We have made great efforts to develop tourism and remove obstacles. We give importance to handicapped people. We have arranged a beach for them. We work day and night so that our beaches and sea remain clean. We have also organized music festivals in Erikli and the Gulf of Saros."