Landlocked cities enjoy beaches on the shores of rivers, lakes 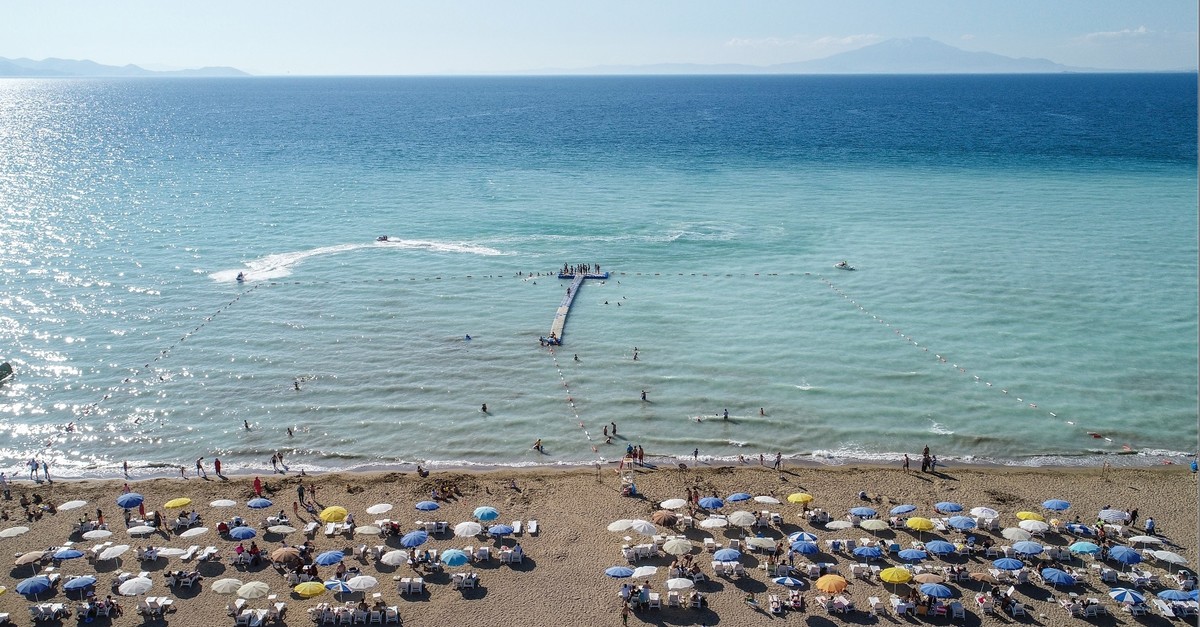 Edremit Beach on the shores of Lake Van is one of the most visited beaches in Van, is a landlocked eastern province.
by Anadolu Agency Sep 21, 2019 12:51 am

Just because they are landlocked does not mean central and eastern provinces of Turkey lacks beaches. Beaches on the shores of lakes and rivers attract hundreds of thousands of visitors every summer

If you want to enjoy a few strokes in the water and stretch your legs swimming near relaxing beaches, you don't necessarily need to be near the sea. Turkey might be surrounded by three seas, but interestingly the beaches of landlocked cities are just as popular as those on the coast.

Apart from the coastal cities, beaches around the lakes and streams of central Anatolian cities have attracted attention thanks to their natural beauty.

While Turkey's beaches surrounded by the Mediterranean, Aegean, Marmara and Black Sea attract tourists, both naturally formed and man-made beaches around the country's lakes and streams in the steppe cities of central Anatolia are also very popular with locals and tourists alike.

The beaches of landlocked provinces like Burdur, Isparta, Kırşehir, Konya and Van are equally as beautiful as the beaches along the saltwater shoreline. For convenience, some of these beaches — which are mostly visited for one-day trips also offer bungalows for overnight stays.

Near the lake, an area nicknamed "Turkey's Maldives," there is the 1,046-meter-long Yeşilova Municipality Public Beach along with the 1,385-meter Doğanbaba beach, the 1,800-meter beach White Islands and a 1,072-meter beach in Natural Park. On average, Lake Salda hosts 750,000 visitors a year.

Edremit Beach was opened last year on the shore of Lake Van by Edremit District Municipality in coordination with the Interior Ministry.

In the beach opened in the Çiçekli neighborhood of the district, visitors can ride a jet ski, canoe and benefit from sun loungers, umbrellas and shower cabins.

An unused field where citizens once dumped garbage was also turned into a beach and renamed Gevaş Public Beach by Gevaş Municipality. Municipal authorities cleared the area next to Akdamar Pier of reeds and rubbish and transported 100 truckloads of sand to the site. They opened the public beach with beach football and volleyball courts, family areas, and shower and changing cabins for the district.

Mallakasım Public Beach, on the shores of Lake Van, was donated to the region by Tuşba Municipality and is the first facility to fly a blue flag, despite not being at the seaside. Throughout the week, the beach features lifeguard services, facilities for the disabled and water sports areas that attract hundreds of visitors daily.

Near the beaches, there are camping areas for tents and caravans. These scenic spots, which feature bungalow-style houses for families, are visited by an average of 15,000-20,000 people per year.

Enjoy swimming in the third-largest lake

The basin of the lake, which reaches the Mediterranean Sea through Manavgat River, is fed by rainwater from the Taurus Mountains and underground water sources rather than rivers.

Karaburun Beach is the right address for those who want to enjoy swimming and cooling off. This spot is a favorite for both locals and foreign tourists.