Kızkalesi, the pearl of the Eastern Mediterranean 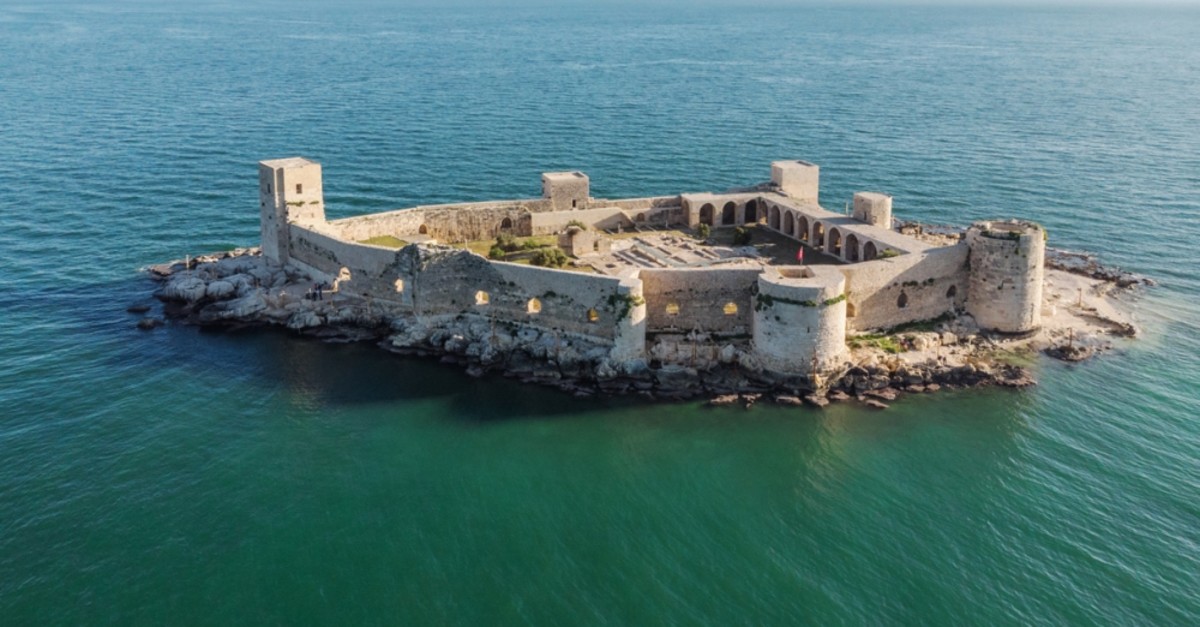 Located in the Erdemli district of Mersin province, the town of Kızkalesi (Maiden's castle) welcomes thousands of people every summer season with its azure sea, stone-free beach and affordable hotels. Expatriates fill the majority of hotels in and around the town, an attraction listed on UNESCO's Tentative List of World Heritage, boosting tourism in the town. Tourists are flocking to the popular tourist destination, most famously known for the ancient castle of the same name located on a small island facing the shore. The castle's distance from the shore is approximately 600 meters. According to an inscription, it was built by Leon I in 1199.

The tourist attraction also offers visitors alternative sightseeing with its surrounding ancient cities and ruins. In an interview with Anadolu Agency (AA), Mehmet Şirin Öztop, vice president of the Kızkalesi Tourism and Culture Association, stated that Kızkalesi is one of the first places that springs to mind when Eastern Mediterranean tourism is mentioned, adding that they consider the town to be "Mersin's gate opening up the world."

Pointing out that hotel occupancy rates in the region are still high despite the end of the summer season, Öztop said: "During the holiday, we hosted holidaymakers in Turkey and then Turkish expatriates. As operators and tourism professionals, we care deeply about expatriates. Expatriates both contribute to the national economy and make us happy with their long stays." Öztop stated that the bed capacity has been filled mainly thanks to expatriates from Germany, Russia and European countries in particular, continuing: "Most of the hotels are now full of expatriates. This district has a great atmosphere, while the sea temperature is still excellent." Noting that they have significant bookings toward the last days of September, Öztop said: "We expect the demand to continue until the end of October. Hotel operators are satisfied." Hotel manager Nur Kaya pointed out that they are welcoming more guests from both home and abroad this year and are happy with this. Kaya indicated that Kızkalesi is one of the primary places where families with children can holiday safely, due to its lovely beach and shallow sea.