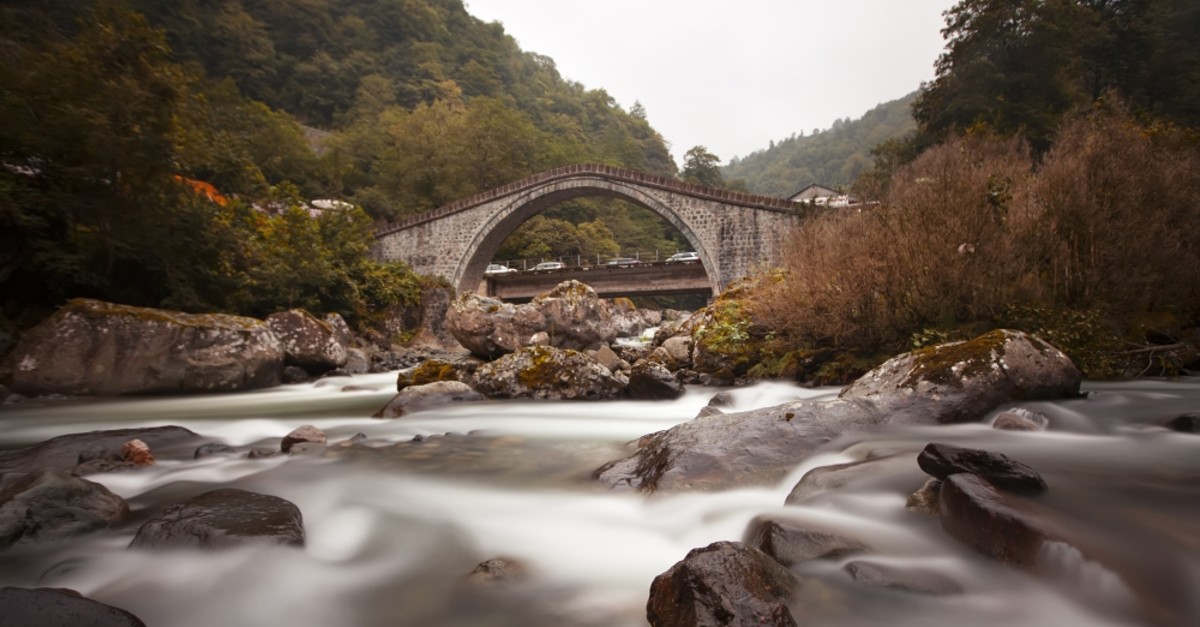 The Twin Bridges of Artvin are believed to have been built in the 18th century during the time of the Ottomans.
by Daily Sabah Oct 05, 2019 12:04 am

Before there were only a few ways to travel, bridges were crucial for transportation and centuries after their construction they have become the majestic landmarks of the country

Anatolia has been home to many civilizations that have left their marks on the land one way or another throughout the history of mankind. Hence, Turkey is blessed with countless historic remains, reflecting the culture of these civilizations as well as their genius of engineering and architecture.

The Ministry of Culture and Tourism has released a selection of historical bridges titled "Witnesses of History: Bridges," which is a compilation of the engineering marvels of the people living in these lands.

The full version can be accessed on www.kulturportali.gov.tr/portal/tarihin-taniklari-kopruler but here are a few examples from the selection:

Complementing each other and making a full circle, the historical Twin Bridges in Artvin's Arhavi district are believed to have been built during the Ottoman period in the 18th century. Located in the northeastern part of Turkey on the Georgian border, Artvin is the center of attention in alternative tourism with its unique wildlife, plant diversity, old forests, lakes and waterfalls as well as stone bridges that have stood for centuries. The Ortacalar Twin Bridges in Arhavi welcome domestic and foreign tourists throughout the year. The stone bridges span a creek flowing from Kamilet Valley, which is famous for its rich plant diversity, and complement each other by making a full circle. They are ranked among the most important examples of stone masonry in the region.

Timisvat Bridge, which is one of the many arch bridges along the route extending from Fırtına Creek flowing into the Black Sea to Ayder Plateau in Rize, provides transportation between the villages of Köprüköy and Hoşdere. Also known as Çiftkemerli (Two-arch) and Ottoman, the bridge was built in the form of a two-eyed arch, one large and one small. The elegant 18th-century bridge, which was restored in recent years, has stone-paved lanes, while its railings and body were made of cut flat stone. Registered by the Board of Monuments and currently used for a pedestrian crossing, the structure is 35 meters long, 13 meters high and 2.7 meters wide.

İsmail Hocaoğlu, provincial director of culture and tourism, said that more than 1 million people visit Storm Valley annually. "Those who come to our region visit the Ottoman arch bridge. Bridges are the biggest cultural assets of our province. Stone bridges connecting valleys for hundreds of years have served as significant tourist areas," Hocaoğlu continued. "There are stone bridges in more than 120 provinces. Rize is also a city of stone bridges. Historic arch bridges are very important. Each one attracts visitors. There are about 1,400 stone arch bridges in Turkey. Ten percent of these are located in Rize. This evaluation is very valuable to us. Local and foreign tourists are quite interested in these historical structures."

Ekmekcizade Ahmet Pasha Bridge, or Tunca Bridge, was built between 1608-1615 on the Tunca River by Ekmekcizade Ahmet Pasha. Designed by the architect Sedefkar Mehmet Ağa, the bridge consists of 11 piers and 10 arches. The half stone, half marble mansion in the middle was destroyed by floods and restored in 2008 in line with its original form. 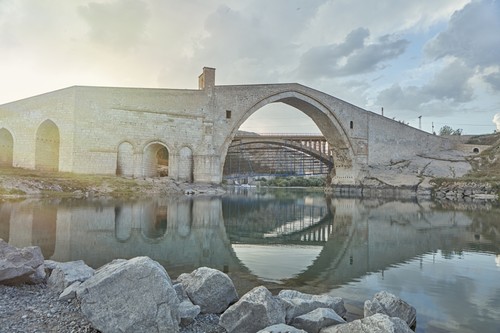 According to an epigraph dated 1147, the bridge was constructed during the Artuqid era and was commissioned by Temür-tash of Mardin, son of Ilghazi and grandson of Artuq Bey. The bridge is deemed to be synthesized through the cultural accumulation attained by the Artuqids Dynasty, settled in Mardin, Diyarbakır and Hasankeyf, and the engineering-architectural genius of northern Iran and the Antique and Medieval Age architecture in Anatolia.

The historical Malabadi Bridge is the longest stone arch bridge in the world, with its pointed main arch of 40.86 meters. The bridge is a unique and uncommon example for the bridges with human, sun and lion reliefs and the sanctuary and toilets appended to the bridge.

Malabadi Bridge is also in the tentative list of UNESCO's World Heritage Sites.