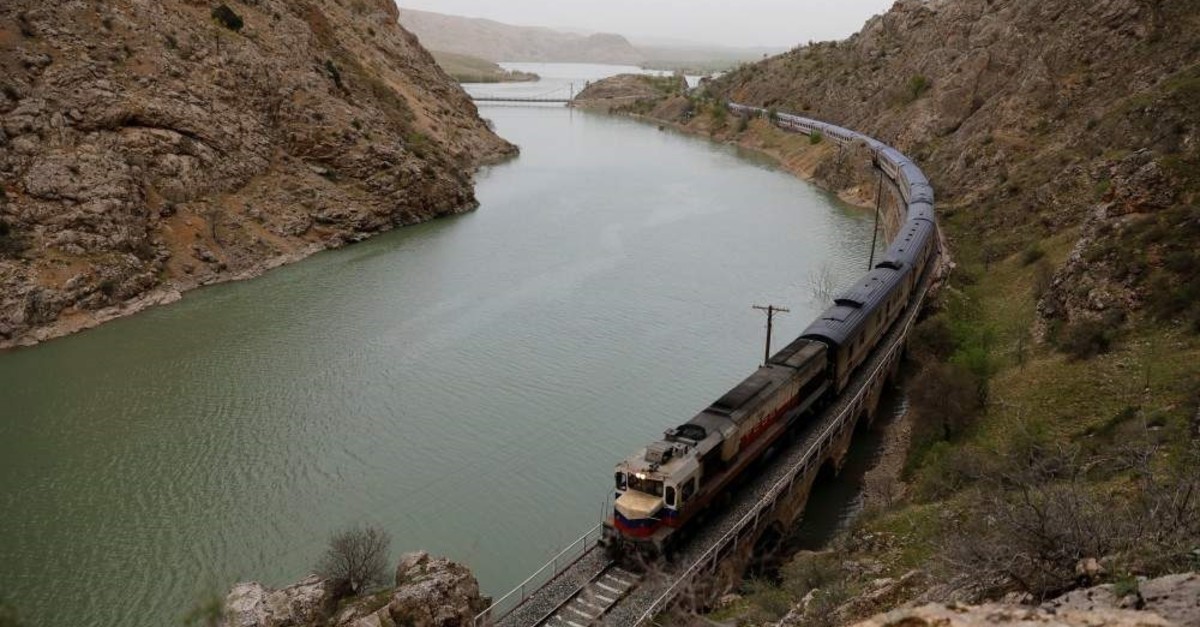 The Eastern Express lit the fuse for the surge in popularity of railway adventures. (REUTERS)
by daily sabah Oct 24, 2019 1:04 pm

It all started with the Eastern Express. With photos featuring some of the greatest landscapes on Earth posted on social media, one of Turkey’s oldest railway routes quickly became a hit among adventure seekers and wanderers from around the world. After the popularity of the Eastern Express, the Kurtalan and Lake Van expresses also saw revivals, luring thousands of tourists every year to hop on the train and start the journey of their lives on the rails.
So, if you are up to discovering new parts of Anatolia on the rails, we have some good news for you. Turkey’s Ministry of Transport and Infrastructure has announced that the Lake Van Express, which connects the Aegean region to the Mediterranean, will return to the rails starting today!
The train route connects the Aegean city of İzmir with Isparta in the Mediterranean region. Throughout the eight-and-a-half-hour journey, the train will stop at 30 stations, allowing passengers to discover different parts of western and southern Anatolia.
The Lake Van Express has a capacity of 262 passengers. The trips will be made daily, with trains setting off both from İzmir and Isparta.
Last Update: Dec 20, 2019 1:12 am
RELATED TOPICS