Travel back in time at Zazadin Han in Konya 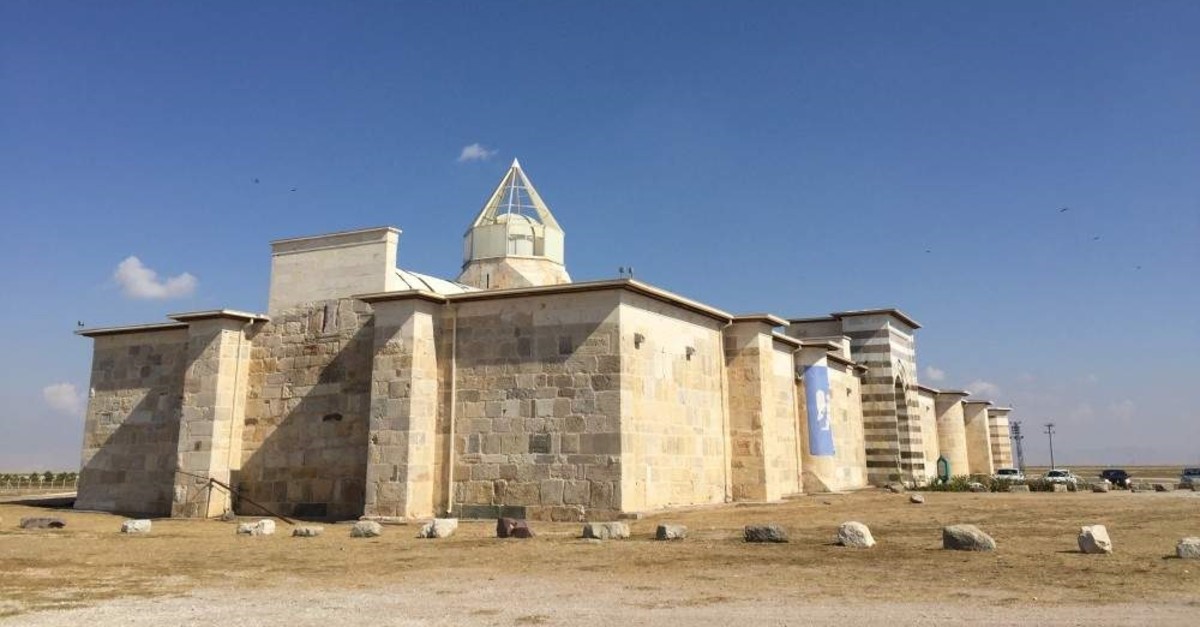 Long before they were five-star hotels, there were caravanserais where wanderers from around the world spend the night during their travels. Caravanserais were also where merchants trade their goods and meet with new business associates.
After arriving in Anatolian lands, Turks gave utmost importance in the constructions of caravanserais, also known as hans, to keep the heart of trade beating no matter what was happening. Being the heart of Seljuk Empire, it is not surprising that Konya is home to many Seljuk era hans including the most beautiful of them, Zazadin Han.
Located 22 km northeast of Konya’s city center, Zazadin Han was once one of the busiest caravanserais in Anatolia as it is situated right on the junction point of trade routes. The construction of the han started in 1235 during the reign of Alaeddin Keykubad I and was completed one year after his death by his son Giyaseddin Keyhüsrev II in 1237. The architect of this 13th century marvel is believed to be Emir Köpek, who was principally known as an architect in the court of Alaeddin Keykubad.
This majestic building, which still preserves its glory, has a tall stone wall adorned with Seljuk motifs. The caravanserai features two spare parts for winter and summer and there are a total of 24 rooms, a small mosque, a Turkish bath, storage and stables inside it.
The building features two corner towers and 11 towers on the exterior sides. The doors are bolted with a wooden bar which slid across it into the walls on either side. Clean-cut and rough stones were used for the construction of the walls.
Speaking to Anadolu Agency (AA), İbrahim Genç of the General Directorate for Foundations’ Konya branch, said Zazadin Han had been gone through an extensive restoration and open for visit few years ago.
Stating that the Zazadin Han is the biggest caravanserai that Seljuks ever built in Konya, Genç continued: “The caravanserai has been one of the major tourist attractions in the city after its renovations. Thousands of domestic and international tourists visit Zazadin Han every year. The building is also used as a movie set for period films.”
Last Update: Dec 20, 2019 1:14 am
RELATED TOPICS