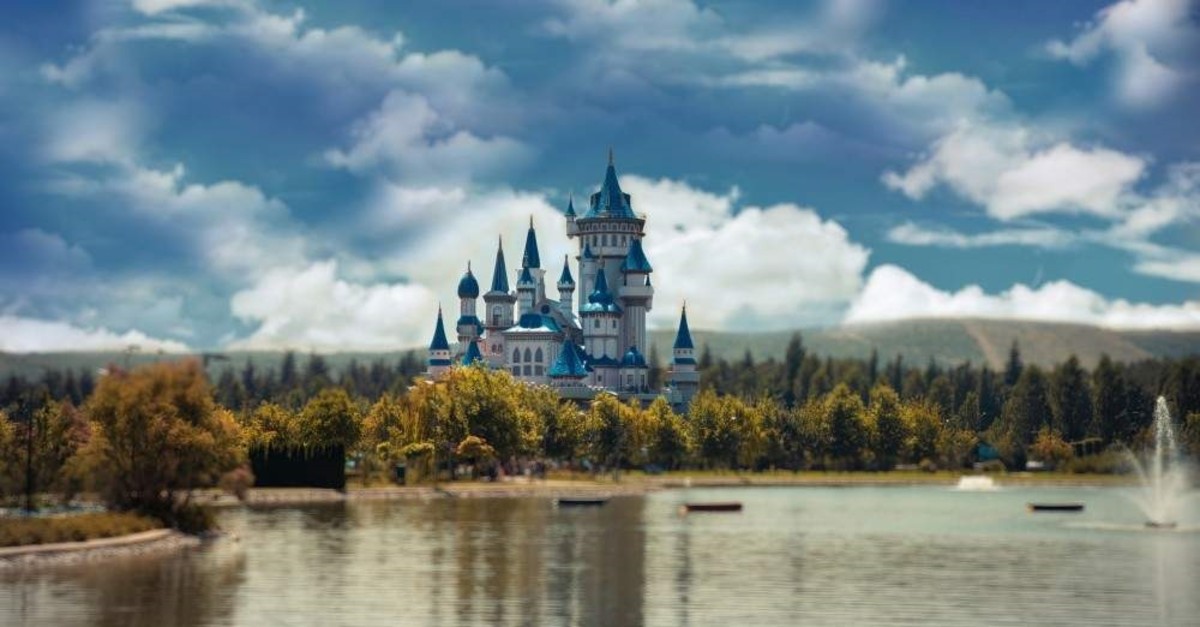 With the arrival of midterm break, students are ready for some time off from school, which is the perfect opportunity to spend some quality time as a family

Starting this academic year, elementary, middle and high school students studying in Turkey will have a weeklong midterm break that kicks off this weekend and will continue until Nov. 25. Many parents who want to make the most of this break have already made plans for out-of-town fun that will help their little ones expand their knowledge in various subjects. However, if you have yet to make plans, don't despair. There are many last-minute options to choose from.
For some great getaways, we have done the legwork for you to help your family make the most of the break:
Eskişehir
Eskişehir is a perfect destination for families as it offers various activities for both children and adults. The city has become a popular destination thanks to its accessibility by railway and road, making it only one and a half hours from the capital Ankara, two and a half hours from Istanbul by high-speed train, one hour and 40 minutes from Konya and one and a half hours from Bursa.
For the children interested in science, Anadolu University’s Aviation Park offers great opportunities to learn more about aviation and Turkey’s aviation history. Sazova Science, Art and Culture Park, Science and Experiment Center and Space House are also great venues for future scientists.
Fairy-tale Castle, which opened in 2014, has different sections for children to play and learn. Children who visit the 26-tower castle learn Turkish tales and stories, including Nasreddin Hodja, Dede Korkut and Keloğlan. Children and parents can also participate in a whimsical journey through the castle accompanied by guides.
Yalova
For those who want to return to nature this midterm break, Yalova might be the best and most unexpected choice. Although it is close to Istanbul, it is usually overlooked by travelers; however, with its beautiful nature and fun activities that can be enjoyed as a family, Yalova is the perfect destination, standing out with its waterfalls, lakes, trekking routes and hot springs.
To enjoy and experience autumn at its peak, you should stop by the City Forest as well as Sudüşen Waterfall, Dipsiz (Bottomless) Lake and Delmece Plateau. Karaca Arboretum Living Tree Museum, on the other hand, will surely grab the attention of children, who will be able to discover 7,000 different plant species in one place.
"Yürüyen Köşk" ("Walking Mansion" in English), which was once owned by Mustafa Kemal Atatürk, the founder of the Republic of Turkey, is one of the most visited places in the city. Originally built in 1929, the mansion was named after Atatürk, who ordered the mansion to be moved on rails to save a nearby plane tree.
Konya
The city of Mevlana, also known as Jelaleddin Rumi, Konya is one of the richest cities in Turkey in terms of cultural treasures and culinary arts. The history of Konya dates back to 3,000 B.C., and the area has been ruled by numerous civilizations throughout history, including the Phrygians, Persians, Romans, Byzantines, Seljuks and Ottomans.
To take a tour through history, you can visit Çatalhöyük, known as man's first cultivation site. Likewise, scientists also believe Çatalhöyük was also man's first permanent settlement.
The Museum of Rumi is also a must-see in the city. The museum, which once served as Rumi’s lodge and is now his final resting place, hosts personal belongings of Rumi and his companions.
Nasreddin Hodja Archeology and Ethnography Museum is also a great place to visit if you are interested in history.
Gaziantep
Located in the southeastern part of Turkey, Gaziantep is full of adventures. Crowned as one of the world’s best culinary destinations, Gaziantep offers some of the most delicious dishes you will ever taste.
Apart from its culinary wonders, Gaziantep is also home to Turkey’s biggest zoo where you and your children can spend a wonderful afternoon learning about animals from around the world. Gaziantep Botanical Garden offers a lush atmosphere perfect for children to learn more about nature.
By paying a visit to Zeugma Museum, you can travel back in time and see the mosaics by the best artists of the ancient world.
Kayseri
Located in central Anatolia, Kayseri’s Erciyes Mountain is a favorite for skiing enthusiasts. One of the most popular skiing destinations in Turkey, ski season in Kayseri has yet to open, but you and your family can create your own adventures while exploring the mountain.
After you work up an appetite trekking in rugged mountain terrain, head back to the city to check out its culinary delights. While in town be sure to check out the ancient animal fossils that have been unearthed in the city on display in various locations.
ISTANBUL / DAILY SABAH
Last Update: Dec 20, 2019 1:42 am
RELATED TOPICS