Kozahan: The caravanserai where the heart of silk beats 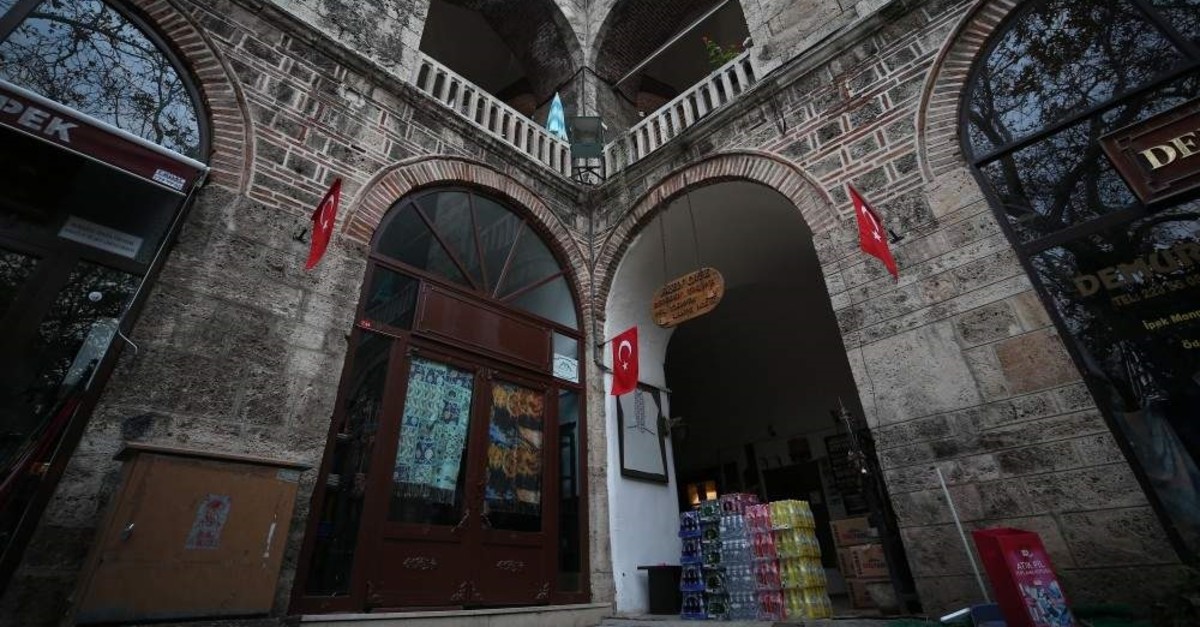 Kozahan Caravanserai was built in the 15th century as the last stop of the Silk Road. (AA Photo)
by Daily Sabah with AA Nov 24, 2019 4:26 pm
The former Ottoman capital, southwestern Bursa province, was once one of the most important trade centers in Anatolia, Today, the trade routes might have changed and the great Ottoman Empire may have fallen a hundred years ago but the architectural wonders of Bursa’s heyday still lure local and international tourists to the city.
Kozahan Caravanserai is one of the architectural wonders of the city which was once the last stop of the famous Silk Road. Built on the orders of the Ottoman Sultan Beyazıd II in 1491, Kozahan stands out with its architectural features. The building was constructed with bricks and cut-stones while the masjid in the middle of the caravanserai is built only with stones. Although the caravanserai has not been restored, the masjid in the middle of the courtyard was restored in the 17th and 18th centuries as well as in 2007. Kozahan has two floors and features a total of 95 rooms.
Today, all the rooms of the caravanserai are currently being used as shops. The caravanserai also connects to an open-air, covered bazaar through a door that is ornamented with tiles.
Although the silk trade through the Silk Road is long over, most shopkeepers of the caravanserai still work with silk and trade it both inside and outside Turkey. Apart from being a trade center, Kozahan is also a public space where tourists can enjoy drinking their tea and Turkish coffee while taking a break from shopping.
Kozahan is also no ordinary place to visit. Queen Elizabeth II spent an hour-and-a-half inside the caravanserai when she visited Turkey in 2008. Most visitors wonder what the British queen bought.
The history of the caravanserai concept dates back to the 10th century. Trade across Anatolia back in the reign of the Seljuks was dependent on camel trains which stopped by night in inns known as “kervansaray” or caravanserai, literally “caravan palaces.” The Ottomans later adopted this tradition and continued to build caravanserais all over Anatolia. These buildings provided accommodation and food to merchants and stables for their animals.