Cappadocia's rock-carved museum to open in 2020 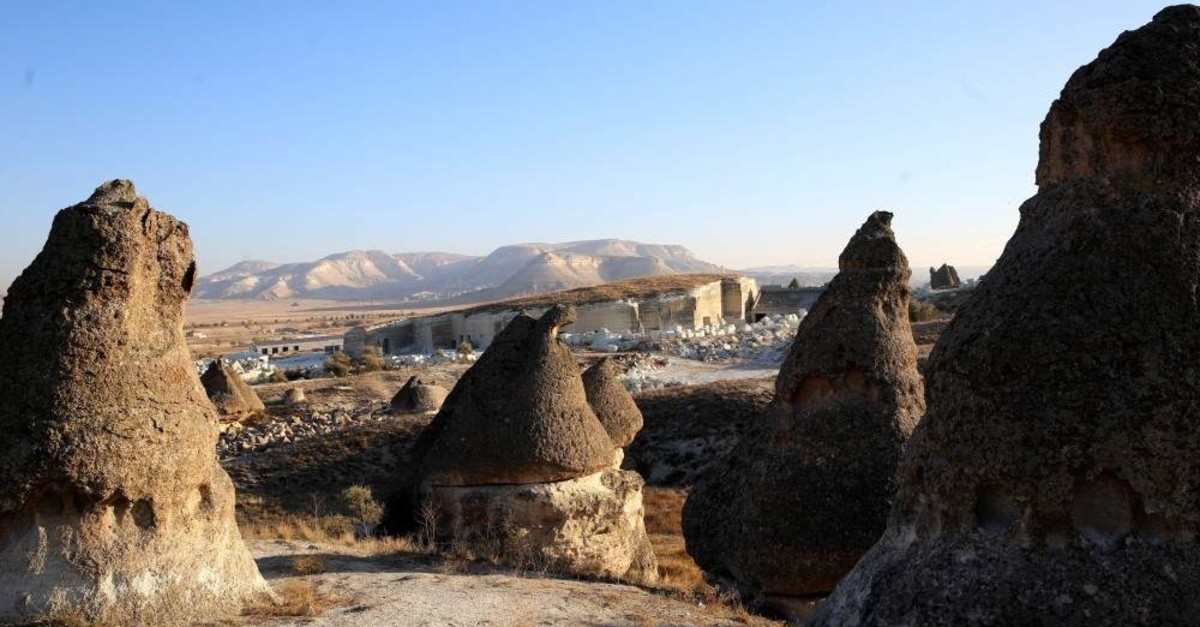 The museum is being built through the initiative of the Ministry of Culture and Tourism. (AA Photo)
by Daily Sabah Nov 25, 2019 2:12 pm
The land of fairy chimneys, Cappadocia in the central Anatolian city of Nevşehir, is getting ready to welcome its newest museum, the Cappadocia History and Culture Museum, next year. The museum is rock-carved in order to match the territory and inspired by the ancient underground cities of the town. It will house millions of years worth of fossils, ethnographic artifacts and thematic works. Visitors will be able to discover the history and culture of the region on this natural site.
The museum is carved inside volcanic rocks and above the museum, endemic plants will be grown. The Cappadocia History and Culture Museum will be spread out over 50,000 square meters and feature a lobby, car park, restaurant, recycling facility as well as open-air exhibition areas. The museum is planned to have seven different sections and activity areas for children to learn about the history of Cappadocia.
The region, which included Cappadocia, had previously drawn some the greatest states in history including the Hittites, Phrygians, Persians, Romans, Byzantines, Seljuks and Ottomans. After the locals converted to Christianity during the early Roman era, they discovered that they needed to find hideouts to survive. So they created these underground cities to protect themselves from the pagans.
The region is also famous for its fairy chimneys, which are a result of a geological process that began millions of years ago, when volcanic eruptions rained ash across the region. The thick ash, which later solidified into a soft rock called “tuff” was later shaped by the natural forces of wind and water until only the harder elements were left behind to form what are now known as the “fairy chimneys.”
Last Update: Dec 20, 2019 1:54 am
RELATED TOPICS