Far from the madding crowd: Diving into the Mediterranean offseason 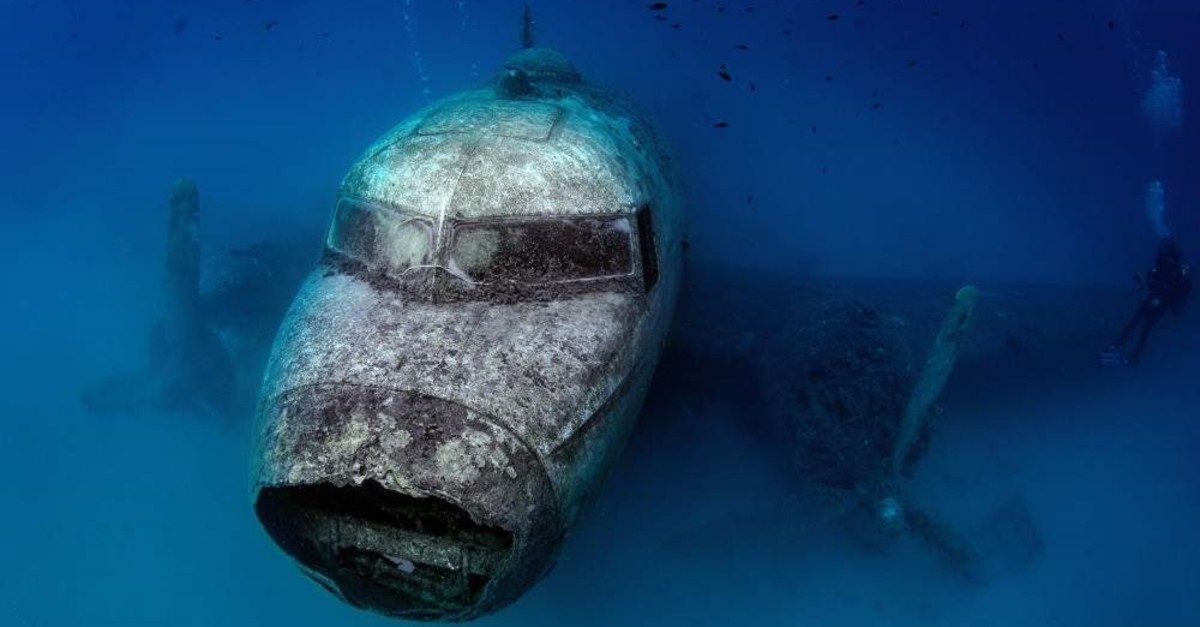 Far from prying eyes, there is a mysterious world under the water of Antalya's resort town Kaş and divers from around the world travel for hundreds of kilometers just to get a glimpse of its wonders

Kaş, a seaside town in southwestern Turkey, fascinates diving enthusiasts with its clean, clear waters as well as its rich underwater flora and fauna.

Situated in the westernmost part of Antalya, between green mountains and the blue Mediterranean Sea, Kaş bursts with natural beauty. In summer, most visitors prefer to soak up the southern sun and swim, but some are intrigued by the various adventures Kaş offers, like diving, paragliding and hiking on the Lycian road or visiting ancient cities like Patara and Xanthos, the former capitals of the Lycian civilization.

Hundreds of scuba divers travel to Kaş every day to discover the districts' underwater wonders. Those who dive in Kaş's clear water often encounter stingrays, sea turtles, rare nudibranchs, lionfish, octopi, Mediterranean moray eels, leer fish, damselfish, saddled seabream and cuttlefish along with the remains of shipwrecks.
However, all these activities do not end just because the summer is over. Thanks to its mild climate, Kaş’s diving tourism is open almost throughout the year. And the rumor has it that autumn and early winter is the best time to dive into the wonders of the underwater in Kaş.
Leading diving center

Kaş has 42 diving points in the district, and 34 spots in the city center and eight in Kalkan Quarter. There are 17 diving schools in Kaş and 19 in Kalkan. Kaş and Kalkan host a total of nearly 100,000 dives per year.

Diving instructor Murat Draman recalled that Kaş-Kekova, one of the leading centers of diving tourism, is located in the Marine Conservation Area. Draman said they both dive and help scientists in the region and try to follow and interact with nature. Pointing to their philosophy of “leave only bubbles, never take anything,” Draman said divers have symbiotic experiences here.

He added that they want people to increase their knowledge of underwater environments and benefit from this special region without doing any harm while helping tourism sustainably develop. “The conservation area of Kaş is a great opportunity for tourism, but you have to do well by it,” Draman said, adding that there are more than 30 dive spots in Kaş and 20 to 25 of them, which are the closest regions to Kaş, accommodate divers.

The caves, sea meadows, dunes, cliffs, wrecks, amphoras, modern wrecks and metal sheet boats attract attention in Kaş’s dive sites and the region is also very rich in terms of sea creatures. Dakota, a military aircraft at a depth of 20 meters, can be seen by one-star divers and the wreck lends a beautiful image underwater, creating the feeling of an airplane passing through the clouds. The plane does not rust much because the outer surface of the aircraft is aluminum. Almost everyone visiting Kaş for diving wants to see the Dakota.

However, the Dakota is not the only wreck that Kaş’s underwater world hides from the prying eyes. Deeper wrecks caused by marine accidents are also found in this region, including the Greek boats, Kanyon, Dimitri or Pamuk.
Fun group activity

Draman said groupers, seals and sea turtles are the symbols of Kaş. “However, we love groupers the most because the turtles did a lot of damage to the environment. We had unique and huge fan mussels and meadows, but sea turtles destroyed them. Fortunately, the seals do not harm anything, but we hardly see them,” he said and emphasized the importance of receiving the right training for diving enthusiasts.

“It is very important to dive correctly, establish the right balance and dive without removing the sand. People sometimes swim by removing sand while navigating the area. They think it does not affect nature, but it does. That sand goes over the algae and sponges, clogging their tiny veins, preventing them from breathing, causing them to rot and get sick,” he said.

Draman underlined that the wrecks that particularly fascinate the divers distort the nature of the sea. “In the end, every shipwreck pollutes its surroundings. No matter how much you clean it, there is definitely some oil in an artifact wreck, and paint can seep into the surroundings. Regardless of the metal type, it can degrade and settle in the sand. Meanwhile, it also contributes to the increase of vitality in regions, where there is not much marine life, and serves the diving tourism visually,” he continued.

“Fish do not particularly reproduce in these artificial wrecks, but they can create an environment where they can reproduce, hide and avoid invasive species. Wrecks do not mean we are going to throw everything we can think of into the sea. It must be in the right place, at the right depth. It must also be durable and solid. We certainly do not want to leave a wreck in the conservation area. Throwing a shipwreck that will dissolve in 10-15 years into the sea is nothing but pollution.”

Draman added that an airplane or a boat wreck is beautiful for sustainable diving tourism but that they are trying to stay away from the approach of putting everything under the water to create a submerged Disney World.