Get ready for the slopes: Ski season is here for Palandöken 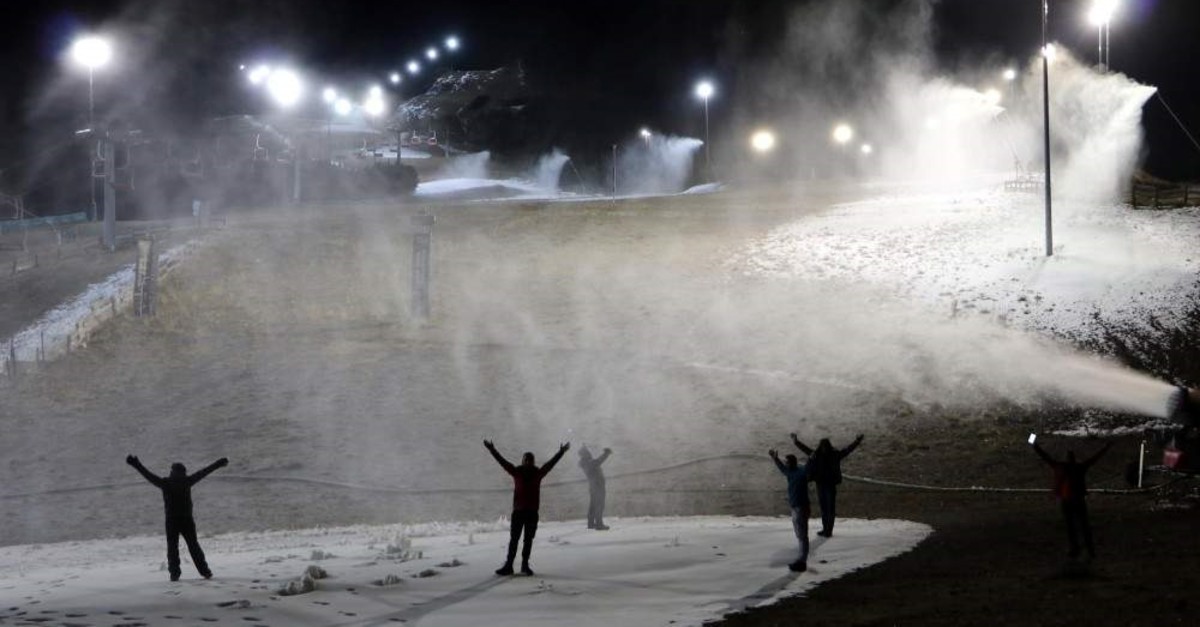 The tracks at the ski center are being prepared for skiers with artificial snow. (DHA Photo)
by Daily Sabah Nov 27, 2019 3:06 pm

Turkey's highest ski resort, Palandöken in eastern Erzurum province, is getting ready for the cold season.

With temperatures dropping below zero, workers at the ski resort rolled up their sleeves to prepare the tracks with artificial snow. If everything goes smoothly, the resort will be opened to skiers during the first week of December.

Palandöken Ski Resort on Palandöken Mountain in Erzurum is considered one of the best places to go skiing in Turkey. Situated at almost 2,000 meters above sea level, the ski center is a place where you can hit the slopes for up to four months a year.

With a capacity of accommodating 12,000 skiers at once, the center has 24 trails, which are among the longest and steepest in the world. While beginners can enjoy eight easy and mid-level tracks, there are three advanced-level tracks for enthusiasts who want to push the limits.

Two of these tracks – one of them being the world's third longest track and Turkey's longest – have also been registered for slalom competitions by the International Ski Federation (FIS).