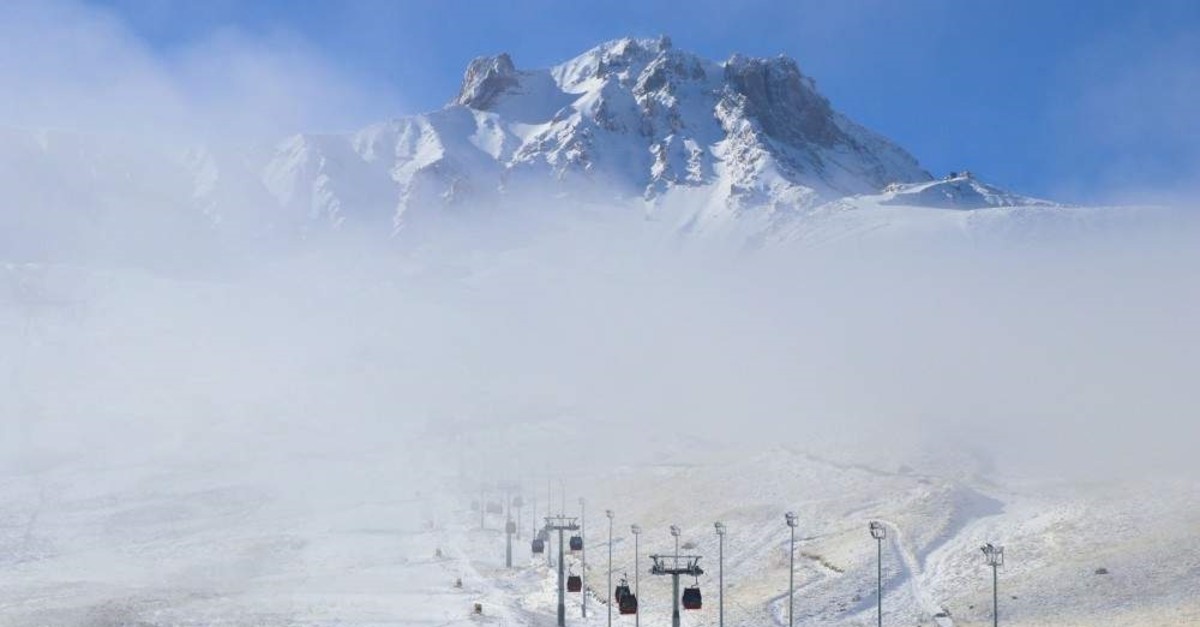 Mount Erciyes, one of Turkey's most popular ski resorts in the central Anatolian city of Kayseri, has seen the season's first snowfall.
Though winter arrived late in Anatolia this year, the snow on Mount Erciyes has already reached almost 20 centimeters, according to authorities.

However, the authorities continue to produce artificial snow to get the slopes ready for ski buffs. For Erciyes Ski Resort to open for adrenalin junkies, it at least needs 50 centimeters of snow.

Erciyes Ski Resort stands out with its budget-friendly prices and perfect snowboarding tracks. There are 34 ski runs, almost 102 kilometers long. They connect at Erciyes' ski center.
The runs of different difficulty levels are divided into black, red and blue categories. They range from 2,200 meters to 3,400 meters, with the highest track situated very close to the peak.