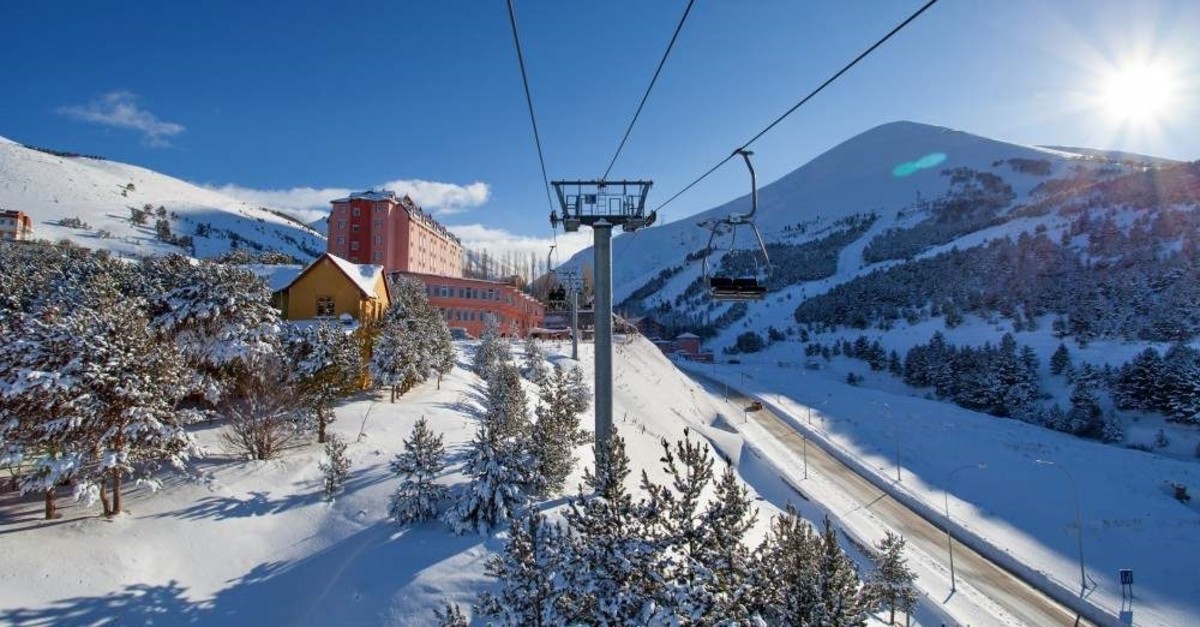 Located on Palandöken Mountain in eastern Erzurum province, its slopes are the longest and highest in Turkey, situated nearly 2,000 meters above sea level.

With the count down to 2020 well underway, the occupancy rate at Palandöken Ski Resort has hit 80%. The slopes are blanketed with natural and artificial snow and holidaymakers can ski through the night thanks to lighting along the routes.

But the unmatched slopes aren't the only attraction during the holiday season. Sway Hotel General Manager Ömer Akça said the hotels in Palandöken are also organizing New Year's celebrations.

"These days, Palandöken is bustling ... All of the tracks are open, with 70 centimeters of snow," he told Demirören News Agency (DHA).

"The occupancy rate in all hotels before the new year reached 80%. It will hit 100% during New Year's," he said, adding that the hotels expect a 90% occupancy rate this ski season.

"The liveliness will continue in Palandöken after the New Year's holiday during the semester break. At the moment, there is high demand because of the snow in Palandöken," Akça noted.

Other ski resorts in Turkey have had a late start to the season this year due to unusually warm temperatures and a lack of sufficient snowfall. However, high on the slopes of Palandöken, temperatures have settled below zero degrees Celsius.

One holidaymaker, Özlem Çelik, said she came to Palandöken from Erzurum with friends. "We tried skiing in Palandöken for the first time. It is a wonderful feeling. We will come at every opportunity we find," she told DHA.

Palandöken Ski Resort can accommodate 12,000 skiers at once on its 24 trails, which are among the longest and steepest in the world. While beginners can enjoy eight easy and mid-level tracks, there are three advanced-level tracks for enthusiasts who want to push the limits.

Two of these tracks – one of them being the world's third-longest track and Turkey's longest – have also been registered for slalom competitions by the International Ski Federation (FIS).