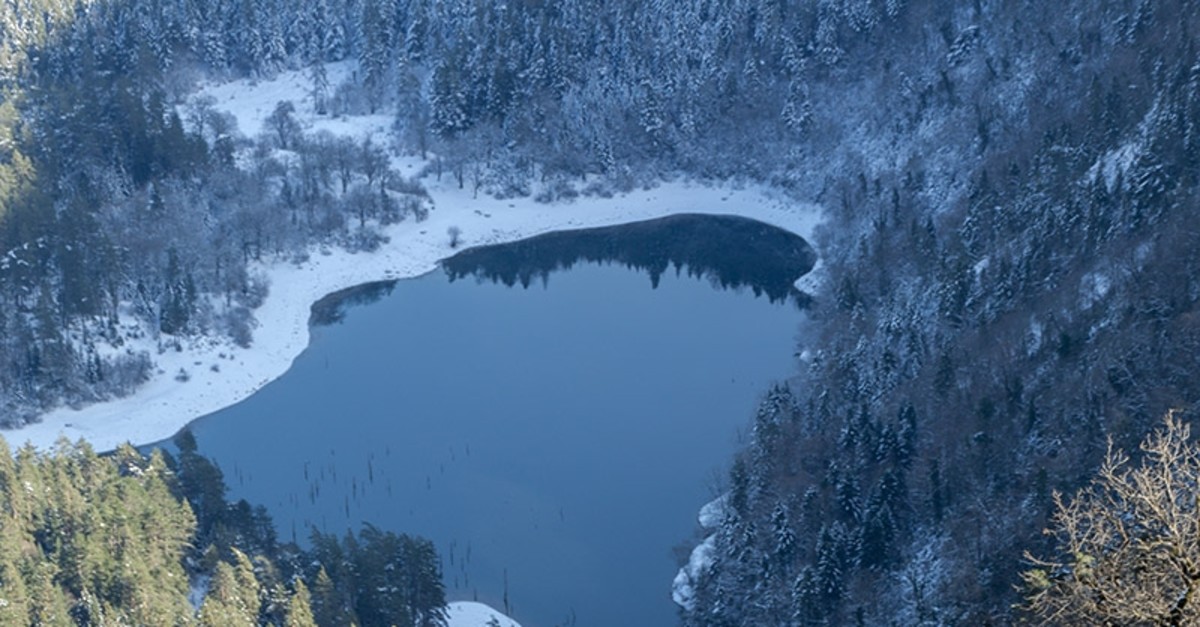 It is a delight to visit Mudurnu during the winter. This little town, which is situated on the foothills of the famous mountains of the Bolu province, offers you a window to the history of the region and if you are lucky enough, one of the best views on Earth beneath the snow and fog. As soon as you enter Mudurnu, you will probably feel like time has stopped there. The houses are the finest examples of the traditional Ottoman architecture and the craftsmen of the town still preserve the tradition of their guild which is 700 years old.

Thanks to its serene atmosphere, untouched nature, remains of its historic texture and the lifestyle of its locals that have been protected for hundreds of years, Mudurnu was included in the Cittaslow Network in 2015 and became a part of the slow city movement.

Mudurnu's history dates back thousands of years ago. Throughout history, the town has been home to the Phrygians, Lydians, Persians, Romans, Byzantines, Seljuks and Ottomans. Its name comes from the Byzantine Princess Modrene, who was living in a castle in the town where remains can still be seen. The town was also on the crossroads of the major trade routes from the 13th to 16th centuries such as the Silk Road, which connected inner Asia with Tabriz in the 13th-14th centuries, and the Crimean Road, which connected Damascus with Mediterranean port cities.

Apart from its importance for trade and commerce, Mudurnu also played a significant role in Ottoman social life as it can be seen by its well-preserved Ottoman-style mansions. Old wooden mansions dating back to the 19th century, many with whitewashed walls, line the town's center. Many shops in Mudurnu's historical bazaar area retain their original shutters, which can be cleverly opened up to create canopies or folded down to serve as counters for exhibiting wares.

However, these 19th-century relics are not why Mudurnu is historically famous. Local merchants keep alive the culture of the "ahi" order, a merchants' solidarity organization and a guild system based on a philosophy of tolerance and fair distribution of wealth. The ethical values and organizational structure of the ahi order lie at the heart of contemporary tradesmen and craftsmen organizations. The ahi order combines material qualities such as "skillfulness, productivity and professionalism," educating people with these principles through a master-apprentice relationship. Along with keeping the ahi tradition, the merchants and craftsmen of the town still celebrate the ahi culture and order with a weekly public prayer that has been performed in the town for more than 700 years. The tradition is so unique in the 21st century that UNESCO has recognized the tradition and put the ahi tradition of Mudurnu on the Tentative List for World Heritage sites.

Founded along a deep, narrow valley formed by the Mudurnu River, in a region rich with pine forests and thermal springs, the town of Mudurnu stands out with its natural beauty as well. It is one of the few remaining places that you can become a part of nature while not being cut off from the modern world. Especially for Istanbulites, this little town has been a popular getaway destination, a place where people visit to relax and find some peace of mind.

While you are in town, it is a good idea to stop by Lake Karamurat. With its splendid landscape, the lake offers a nice place to have a picnic and fishing as it houses a great number of freshwater fish.

Sülüklügöl (meaning lake with leeches) is another natural wonder of Mudurnu. It came to being in the early 18th century after a geological phenomenon, and the lake is home to a number of different trees. However, what makes this lake special is the pine trees that grow under the lake which are revealed when water levels are down. It is still a mystery how the have trees survived without any damage under the water for 300 years.